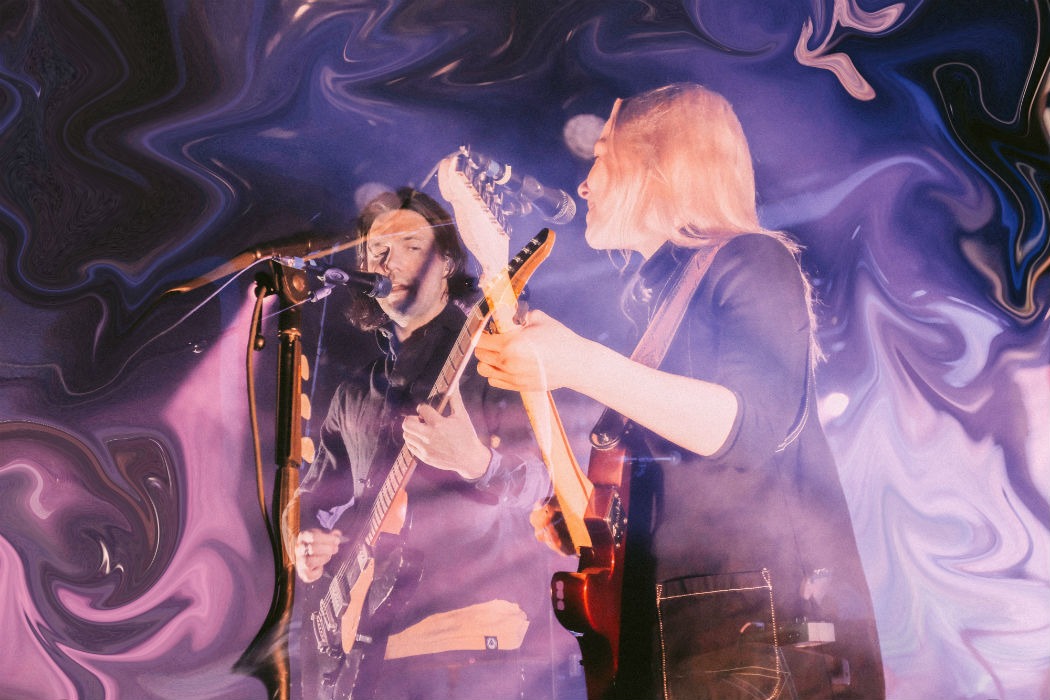 Better Oblivion Community Center is the unanticipated brainchild and meeting of the minds of singer-songwriters Phoebe Bridgers and Conor Oberst. Their debut album, of the same name, came out of nowhere at the beginning of this year. Better Oblivion Community Center is a mouthful of a name. It makes you think of a place, not necessarily of a band. It is also one that requires a rating on Yelp, not necessarily one from Pitchfork. But, the concept of a location for escapism seems to be all part of the plan for ringleaders Bridgers and Oberst. They have successfully enveloped their fan bases into their imagined sect with sold-out “meetings” (formerly known as concerts) spanning the US and Europe.

Their Berlin show at Columbia Theater was a definite welcome invitation to their New Age cult. Bridgers and Oberst came on stage to a sales pitch narration: something along the lines of a late night TV ad presented by a religious organization. An ominous male voice prompts you with questions and offers services in return, such as “dry ice meditation” and “sound bath healing.” This idea stems from their pamphlet album promo and their music video for “Dylan Thomas,” which was directed by Michelle Zauner, also known as Japanese Breakfast.

If it were the 90s, “Dylan Thomas” would be a staple on the car radio. The timbre of their combined voices and their storytelling abilities evoke the sound of something familiar and nostalgic, yet completely new.  The backdrop above their heads had “it will end in tears” written, which seemed to be a nod to both their pathos tendencies. Individually, their songs are perfect for crying. Though, played together and live it was anything but depressing. They even garnered some laughs when they pulled out two lawn chairs and a beach ball to sing “Exception to the Rule.” In addition to songs from Better Oblivion, they played a hearty mix of singles from Bridgers’ catalogue, as well as some from Bright Eyes’.

All photos by Alexandra Howard