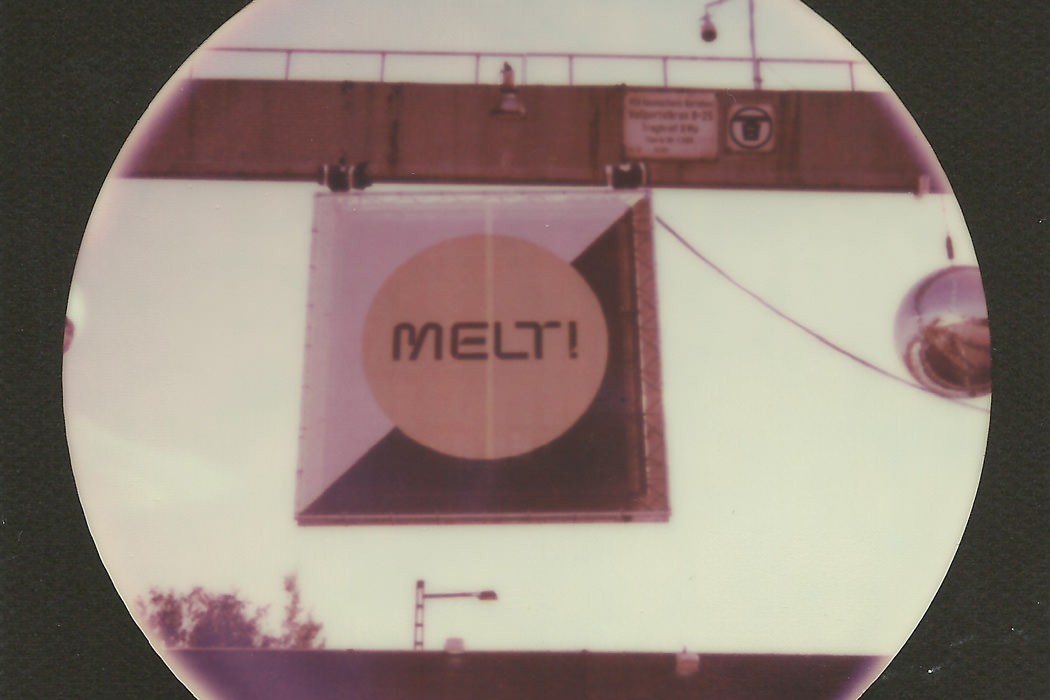 The time has finally arrived to hit up Melt! Festival for it’s 2015 edition. Freshly arrived on Friday afternoon, just the time to set up my tent, fix a little drink and BANG! I’m on my way to the concert area where all the magic happened. I’m really excited this year, maybe because I find the line up really pop-ish, and you know how much I love pop music.

30°, fixing another drink and here I am enjoying my first concert TOVE LO. Great voice, great ora, she really knows how to work that crowd. She did the best of the album – Except she forgot “Like Em Young” – which is totally unforgettable; but I love how Tove is playing it really sexy on stage, going down to the crowd to kiss someone as if it was totally normal – and actually this is totally a normal thing – RIGHT?! She is being a bit flirty, and we all want some more.

The thing with Melt! is this location is really everything. And it feels so good to walk here and there, just with no special goals, looking at all the amazing people.

Years & Years was definitely on my to see list, so when I see that the time is coming, I’m running up to the Gemini stage and make sure that I end up first row (I never do more than third row, festival included).  The set is so good. Seriously, you can tell how much people love them, and even so the album was just out few days before, well it seems like everyone knows the words  – (So am I pretending to do so – yoghurt style). Of course, last song – “King”, and everyone is going CRAZY. Such a nice atmosphere, I definitely will try to catch them again in Berlin.

Festivals are also always the chance to discover new talent, exactly what happend now with SHURA. Such a nice surprise, I’ll make sure to listen to the album when I’ll be back. The night is still young, and there is still lot to do and see.

Next stop La Roux. I’ve seen her few months ago, and I find it astonishing so I know where I am going there. What did just happened? Despite some microphones problem at the beginning of the concert, La Roux managed to entertained the crowd like no one else. The show is going on and the light design on top of Elly’s voice created a really spectacular piece. She finishes her act on “Bulletproof”, and as you can imagine, it was the perfect way to end it. A very long applause and ovation followed it, and let’s put it straight, it was well deserved.

I ended my day dancing my shoes off to Chris Liebing and finally went to sleep at 4h30. FAIR ENOUGH. Saturday started really chilled : went for a jump into the lake and then make my way to interview the pop band POOL. The guys were so sweet and down to earth, make sure you’ll read our interview coming in the next few days.

My friend MAMA is about to play on the Gemini stage. Well, she just killed it. I think people (and myself) were taken by surprise by her energy and the way she literally jumped on that security guard. This performance is outta of control! MAMA is going down in the crowd, shaking her body giving good vibes to everyone on her electronic beats. In Love!

It’s time for CAKES DA KILLA to take the mic, and gosh, he is putting the audience on fire. Very sexual, so energetic, his flow his just hitting you like a snap in your face. SHAKE YOUR THING NOW!

The countdown has begun, 3h30 more hours to go before Kylie Minogue. I don’t want to end up too far from the stage so I’m going main stage and start to wait. Well it was a pretty good idea because: I manage to seattle on the second row, and I discover DJANGO DJANGO. I didn’t know at all what to expect, well I will describe it like a pop-synth-rock.electro sound. I really enjoy it and I will make sure to get the album, because this one hour show they made totally got me. Gorgio Moroder is playing his biggest hits, whith some footage video running in the background. It’s great to hear again some of his masterpieces, “I feel Love”, “Call Me”, “What A Feeling”, “The Never Ending Story” … Thanks Gorgio for reminding me that I’m not 16 anymore!

This is GOING OUT OF CONTROL. KYLIE MINOGUE IS HERE. CALM DOWN EVERYONE.

THIS IS HER ON THIS PICTURE.

OMG. JUST GOT AN EYE CONTACT WITH HER (BECAUSE I’M SECOND ROW – DON’T YOU KNOW)

Can’t wait for the Melt! 2016!!! Thanks again to The Impossible Project for the films.
Contact:
www.meltfestival.de
www.the-impossible-project.com
Start typing to see results or hit ESC to close
Berlin menswear boys Womenswear kaltblut
See all results