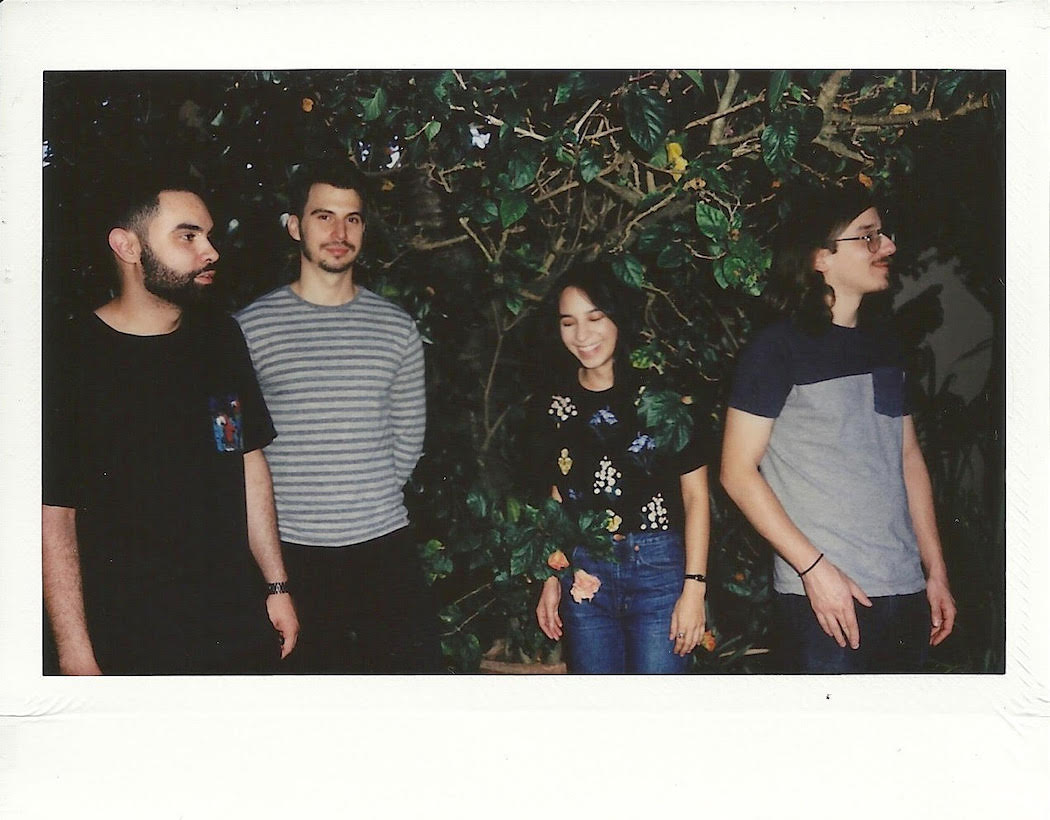 airhockey’s Sebastian Hidalgo explains Miami’s cultural landscape as one catered to the out-of-towner, where local music venues are constantly in flux and the scene itself has nothing that “that others can emulate or learn from”. The guitarist and vocalist continue to explain, “Nothing is really established which makes it kind of a free for all. We’re lucky that there is a strong network of talented artists and musicians seriously giving it their all just to make a difference.”

airhockey came together once the romantically-linked Melanie Sarria and Hidalgo began recording music together. Shortly after their stunt as a duo, they reconnected with their long-time friend and drummer John Olin and guitarist Mike Diaz followed. Hidalgo explains how important it was that they all finally found the right people to share their musical ideas in a city that’s always felt like some kind of void.