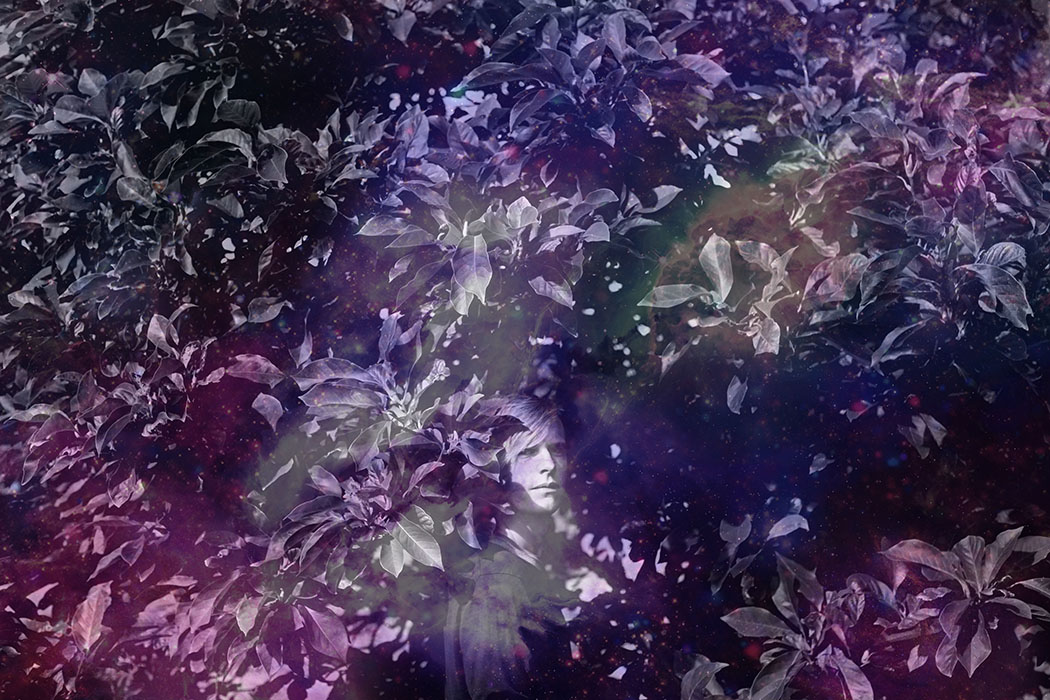 Sounds for the Weekend! Foreground Set is an uprising Bergen based electronic artist, known for his  catchy electronic feel-good rhythms. Infused by the uplifting beats of funk, soul, jazz and hip hop, Foreground Set adds a certain intricacy to his music, setting himself alongside his successful electronic compatriots.  Joar Renolen from Lillehammer, who kicked of his career by being “Ukas Urørt” of P3, is a part of the Diskorama Records family and has released three EPs  on Slektagrammofon. Having just released his new EP, KALTBLUT spoke to Joar about his Lillehammer roots, his impressive live setup and a busy summer .

KALTBLUT: You’re originally from quite a rural background, what was it like growing up there? Was the music scene big?
Foreground Set: Growing up in Lillehammer was perfect. I’d recommend it to everyone growing up. Reliable winters, alpine resorts for days and sometimes even beautiful summers. The music scene wasn’t big, but the hip hop scene kind of was, as I recall it. I think there was a hip hop wave in Lillehammer when I grew up, because people were rapping, breaking and making beats all over the place. I might also have missed out on everything else, being shaped by my environment etc, besides I was mostly into skiing when growing up. The ski scene was huge.

KALTBLUT: Have you seen the Lillehammer TV show? Is the town it depicts anywhere near accurate?
Foreground Set: Haha! I saw season one and it’s 100% accurate except for the action and a few details. For instance in the first season it looks as if the inhabitants have been living in complete isolation for the past 250 years or something, and the town seems a lot smaller. The characters could probably be real, I mean every small town contains some originals, although I don’t know about anyone engaged in heavy crime in Lillehammer. The local news is usually reporting 50/50 human and animal news. Today the headlines are “Nice tame deer free of radio activity.” With the real version of Van Zandts character and some small adjustments it could be reality-TV. Also, the entrance to Van Zandts club in the series is actually the entrance to the biggest night club in town. Accuracy!

KALTBLUT: There are many interesting electronic based artists appearing from Scandinavia at the moment, why do you think there is a sudden influx?
Foreground Set: To be dry and boring, I think it’s partly an effect caused by production equipment availability and wealth. Most people appearing from Scandinavia now grew up owning their own computers, which really is all the hardware you need to make electronic music now that the ridiculously expensive equipment have taken the digital shape of software which is squeezed into DAWs, one can download illegally from everywhere. The temperatures also forces people to spend more time inside than farther south, which might result in increased screen gazing and digital productivity, but none of this excludes the northern US, so I’m probably wrong. Maybe it’s a trend.

KALTBLUT: What do you think makes you stand out?
Foreground Set: I don’t know. I’m trying to blend in.

KALTBLUT: What is your sound influenced by? Artists you’ve grown up listening to, every day organic sounds, etc?
Foreground Set: Hard to tell, I’ve listened to so much random stuff like everyone else, and I don’t know who’s been influencing within this jungle of tunes, but I know for certain that Röyksopp’s ‘Melody AM’ had a huge impact on me, right around the time when I’d started making beats in Fruity Loops. I didn’t believe my own ears first time I heard that shit. Later I discovered Madlib, Bonobo and 9th Wonder, and a few years later Flying Lotus. I think these, among so many others, pointed out some sort of direction. There are a lot of noise before and in between these artists – music I’m too ashamed to admit I’ve ever listened to. Besides, I think my sound was heavily influenced by the whole skiing-thing that I grew up with too. I also think gaming has contributed to my sound in a way. Anything mysterious, adventurous and magical is fuel for ideas.

KALTBLUT: Do you have somewhere where you can focus the most on your work?
Foreground Set: Anywhere quiet and tidy.

KALTBLUT: What are your most useful “tools” during music production?
Foreground Set: My computer first and foremost, then my DAW a.k.a FL Studio. Third comes mouse and keyboard, then there’s my soundcard. From there I can just plug in whatever, midi-keyboards and synths and so on. I was once given two turntables and a mixer for free, because the owner of the stuff vanished into thin air never to return. I’ve been using the turntable for sampling a lot lately, in every project post ‘All Peak Run’in fact.

KALTBLUT: How do you present this sound during a live show?
Foreground Set: I use Ableton live and an Akai APC40 plus a Roland Gaia synth, 100% pure plastic. Very compact and light setup. But I like to involve other musicians too, to make it more live and interesting to watch, plus it’s more fun to play. On the release for ‘All Peak Run’ I had two friends from the band Ekkolodd to play drums and keys, which was a huge success! I’ve had people play with me before, on different instruments, but this setup was the shit.

KALTBLUT: Were you trained in music production or self taught?
Foreground Set: I’m self taught in production but I have some training in music theory, which has made everything much easier for me, especially communicating music without music. I don’t know how I’d be able to play with other people without this knowledge; it’s made my life easier.

KALTBLUT: What’s it like being part of the Diskorama Records family? Do you find yourself working alongside likeminded artists on the label?
Foreground Set: It’s great, I’m pretty new there, but it’s already paid off in many ways. For instance we did eleven gigs over three days on the Slottsfjell Festival this summer, which was a constant stream of new impressions and impulses of all kinds. I felt like I leveled up on everything really fast. Besides getting to know all the family members, which are indeed a bunch of likeminded, positive and inspiring people!

KALTBLUT: ‘All Peak Run’ is your fourth EP, does it follow a similar pattern to the last?
Foreground Set: I feel like it’s something completely new, but that’s not my decision to make I’ve come to think. In my ears none of the tracks on ‘All Peak Run’ are even slightly similar, even though people say they can hear some sort of theme throughout it. Every time I release something, I immediately begin to dislike it. I feel like I’m demonstrating what I was capable of two years ago, and immediately feel an urge to make up for it by releasing something completely new and better, but I guess some patterns are hard to avoid.

KALTBLUT: Would you like to work with anyone in the near future?
Foreground Set: In near future I would like to work some more with Fieh. I really liked what she added to ‘Quickfix’ on the EP. I’ve already started making beats, hope she’s not too busy. Except for that I’m always up for collabs, especially singers, moviemakers and game developers. I haven’t tried the latter yet, but patiently waiting for a phone call from Valve.

KALTBLUT: Do you have any new projects coming up?
Foreground Set: Nothing concrete, but there will be some sort of release sometime in the distant future. Right now I’m having Fieh in mind when producing, so I’m trying to make stuff that complements her voice. I’m also working on some remixes, at the moment I’m remixing Kimichi’s ‘Time Ruins Everything’ from his latest release with the same title, released on Diskorama Records yaaa’ll. Brilliant release by the way, do check it out!