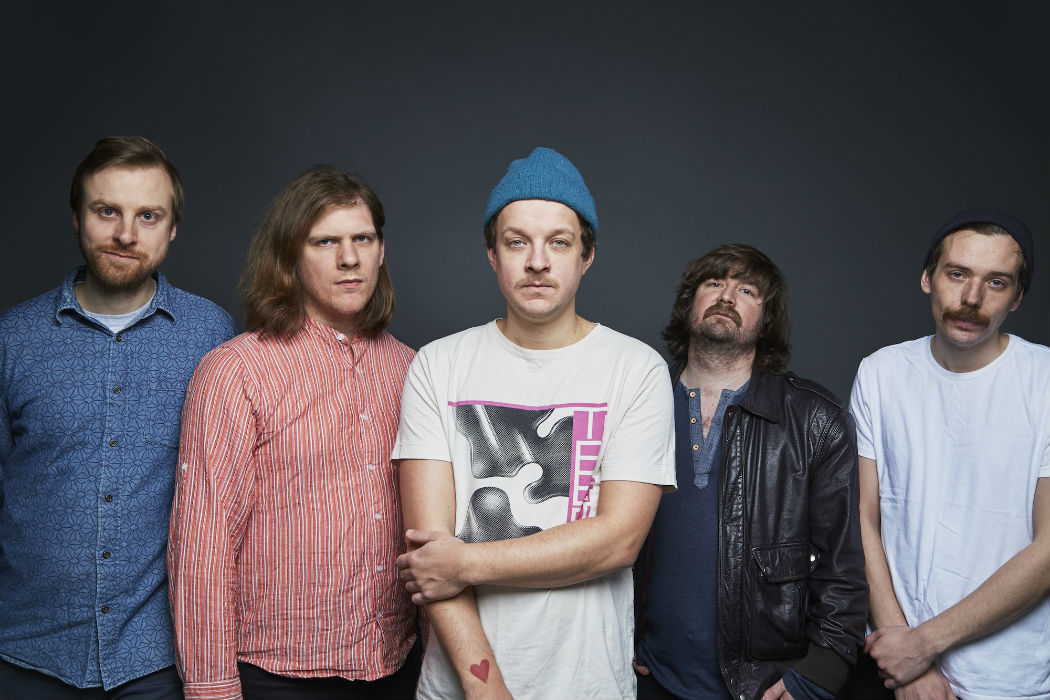 Nordic indie surf punks Bloody Beach will release a new album ‘Boys’, the follow-up to their critically acclaimed debut album, ’Bloody Beach Pirate Radio Presents’ via Brilliance Records in May. Ahead of the album release, the band reveal the lead single ‘You’ll Be Fine, Sister’, a heady mix of tropidelica and good vibes. Check out the track below.

Bloody Beach is a Norwegian five-piece band that plays an exotic fusion of psychedelic pop, surf rock, dub and afrobeat. It was formed when Chris (bass and vocals) and Anders (guitar) met sitting on the same tour bus with their previous projects. After sharing some whisky and ten hours of music, they quickly found out that they wanted to create something new. Back in their rainy home city Bergen, Kim joined on drums. As Arne was the most charismatic frontman they had seen live, they persuaded him to join. With a mutual interest in artists such as William Onyearbor, Serge Gainsbourg and The Clash, the band started developing their tropidelica sound. When Bloody Beach went into an even more playful direction in 2012 Erlend (keyboard) became the fifth member of the band.

In 2011 Bloody Beach released the 7-inch «Quembo Que» on Tellé Records and started to tour festivals in Norway and Europe. One year later, Bloody Beach played their first show in the US at South By Southwest in Austin, Texas. The band continued to tour while working on their debut album. «Bloody Beach Pirate Radio Presents» was critically acclaimed and first released on the label Nabovarsel (Scandinavia). The album was notably followed by celebrated performances at the Øya festival in Norway and the Roskilde Festival in Denmark.