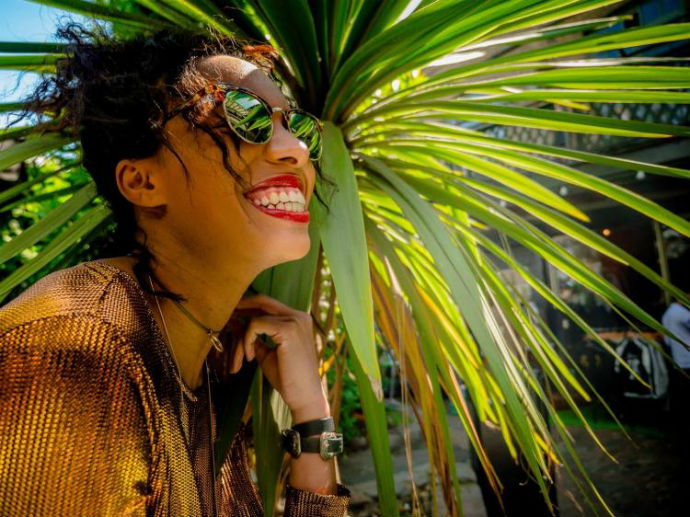 Introducing North London alternative Pop/R&B singer and songwriter, and BRIT School alumni Brook Baili, as she reveals her exciting new single titled ‘Louder’ and its accompanying music video, premiered via Clash Magazine, which is taken from her forthcoming debut EP Phases, scheduled for release in September via Mainframe Music. For the visuals to accompany ‘Louder’, Brook has collaborated with Olan Collardy (Jacob Banks, Angel, Raheem Bakare) to bring the captivating record further to life. Inspired by 90’s style Hype Williams videos, the ‘Louder’ visuals do well to tell its own story of amazing chemistry between Brook and her leading man, almost as a clear juxtaposition to the original theme of the record itself.

Written by Brook and produced by SAMPL, whose previous production credits include working with Skepta, Shystie and Ms Banks, among others, ‘Louder’ is a moody and sultry bass-driven R&B offering, backed by lush horn arrangements and ethereal synths, over which Brook showcases her undeniable voice, and uses her powerful storytelling abilities to paint a cautionary picture of addiction

“The idea of ‘Louder’ is to evoke that euphoric high, and it is about having a strong desire to chase it over and over again no matter the consequence. We can all get so consumed by pleasure and the release of endorphins sometimes, that we become addicts chasing the next high and the addiction gets louder and louder until all common sense falls out of the window and all we hear is our own desire for more”.

Originally from Yorkshire, Brook Baili moved to North London as a child, and the city has played a formative role in helping her create her own unique blend of alternative Pop/R&B music, held together by her compelling songwriting. Her time at the renowned BRIT School helped develop her style, while collaborations with the likes of Takura (Chase N Status), The Arcade (Kendrick Lamar, Maroon 5) and Luke Reid (Drake, Tinie Tempah), have honed her skills even further.

Someday Over the RAINBOW ARABIA