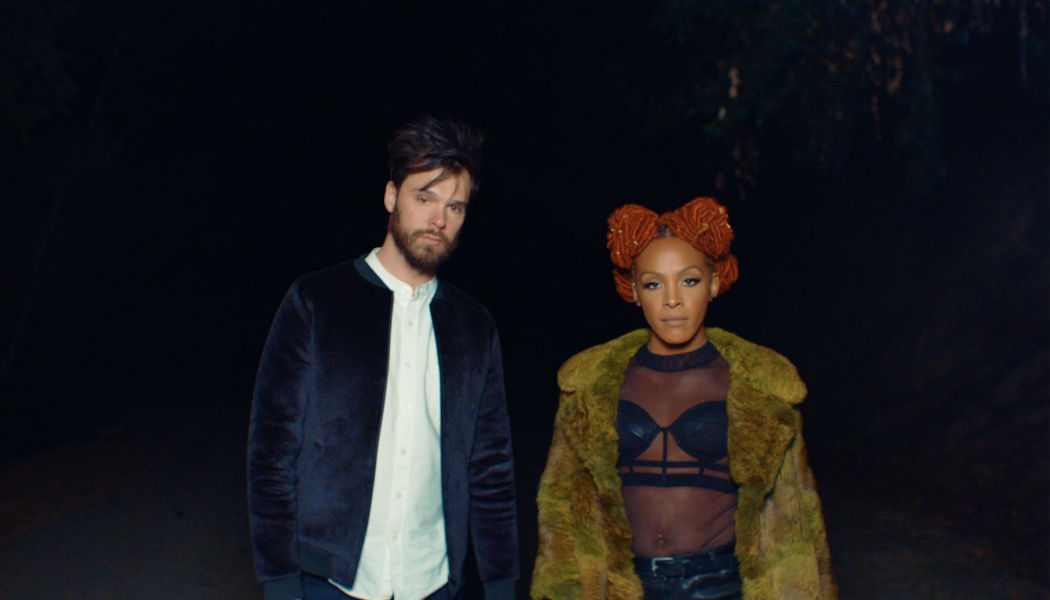 As the release of Dirty Projectors’ new self-titled album on February 24th approaches, they release another single. ‘Cool Your Heart’, co-written by David Longstreth and Solange Knowles, during breaks from sessions for Solange’s album ‘A Seat At The Table’, is a duet between Longstreth and psychedelic r&b visionary Dawn Richard. An anthem against co-dependency and about feeling cool by yourself, ‘Cool Your Heart’ finds Richard and Longstreth driving an S-series Tesla down a lonesome stretch of California road, their timelines scrubbing backwards and forwards on a nighttime journey. ‘Dirty Projectors’ will be out February 24, 2017 on Domino.

As with several other songs on the forthcoming new Dirty Projectors album, Tyondai Braxton assists with additional production and Mauro Refosco brings the Bahia beat to this futuristic summer jam. The long-awaited 7th LP, from one of the most groundbreaking artists of our time, Dirty Projectors will be out February 24, 2017 on Domino. The deluxe edition double LP, available exclusively through the Domino Mart, is pressed on 150g clear with black smoke vinyl with an etched D side and housed in a wide spine jacket with a 16-page 11×11 libretto. The first pressing of the CD features an O-card sleeve with a 16-page libretto.

Dirty Projectors will be out February 24, 2017 on Domino. Pre-order deluxe LP or CD here