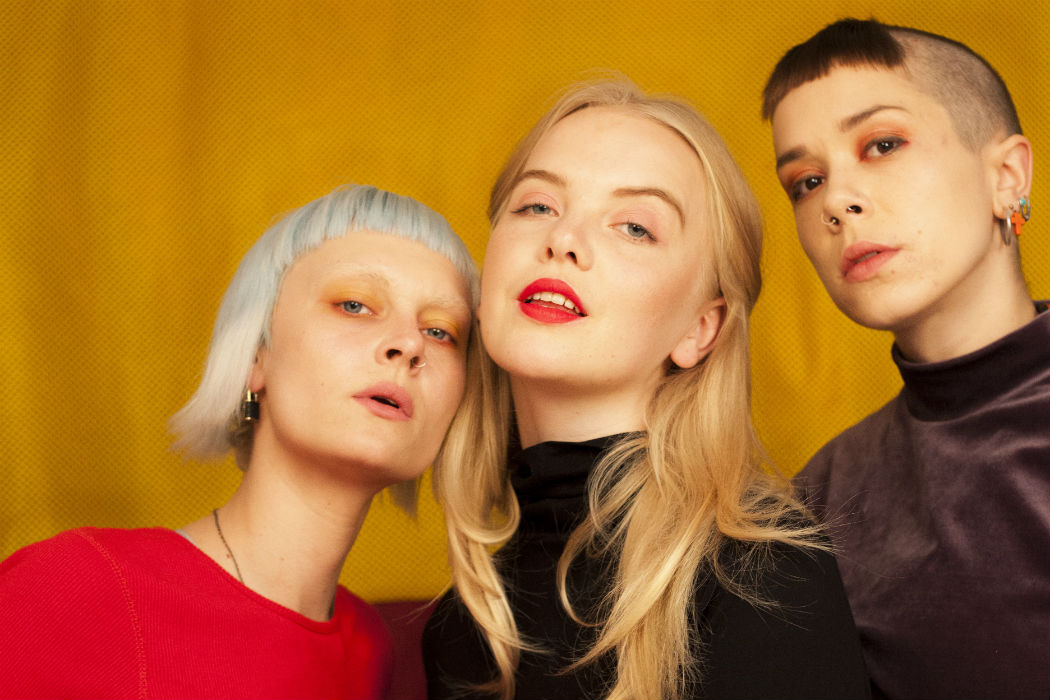 Preparing for the release of their self-titled debut album, English-Icelandic trio Dream Wife have dropped a cool af animated short for ‘Hey Heartbreaker’. Set in the dystopian future à la Black Mirror, the wives take shape as three entertainment bots reminiscent of The Jetsons – but a lot more aggressive and with sweet guitars. Take a look at the Mason London clip below. And please, don’t antagonise the robots.

“We’ve never worked with an animator before so working with Joe [Prytherch aka Mason London] on this video was exciting, it was great to put trust in someone and their craft and allow them to interpret what you do in your craft. It’s been an exchange,” Dream Wife told i-D. “The video is a world in and of itself; Prytherch’s blend of action and minute detail mirrors our civilization in dystopian future; recognizable in some ways, twisted in others. It’s uncanny to watch these mechanical, parallel versions of ourselves rock out and then break out. We like to think that in another reality those robot versions of ourselves are continuing their adventures; perhaps in the forest, perhaps plotting for a robot revolution, perhaps playing wild, secret rock shows to other robots.”