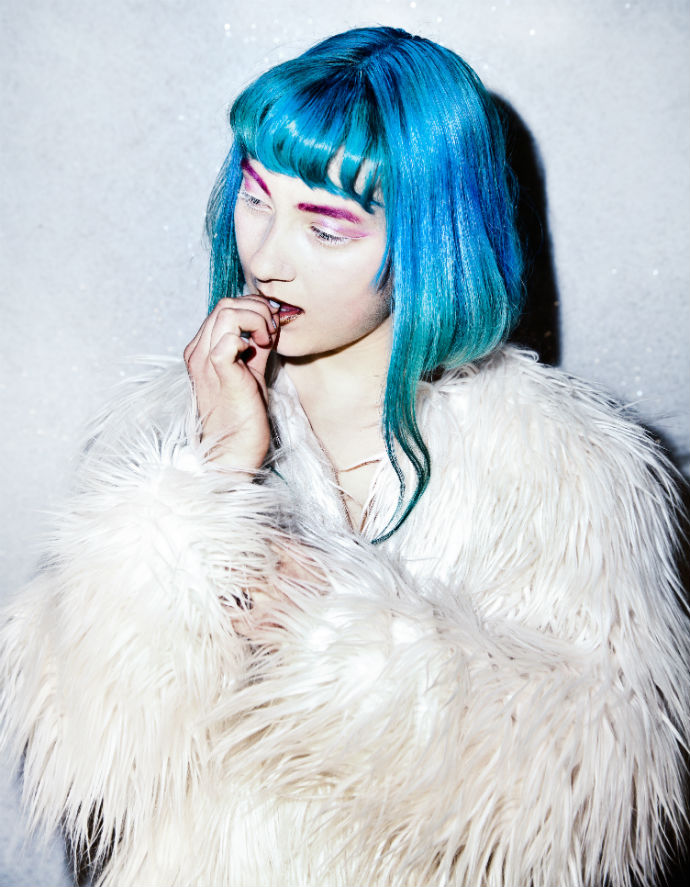 After recent collaborative Down Under EP with musician and producer Moglii – NOVAA announces her sophomore offering, 9-track EP ‘Stolen Peaches’. Taken from the EP is ‘Hands’, which is ” …about trying to connect to someone but not being able to get past the physical level. I tried to give it a very hypnotic, trance-like and also dark atmosphere that is meant to reflect that desperate feeling of not being able to see someone fully and clearly behind his/her human layers,” Says NOVAA. “During the song the protagonist is constantly questioning the relationship to the other person and tries to build a deeper connection. But as the efforts turn out to be pointless the protagonist tries to get that depth and devotion by destroying the relationship.”

Summer 2015 saw NOVAA gathering the ideas and songs that would make up her planned album Peaches. A whole world of new sounds and stories were created, with an avatar / character associated with every song, showing her very unique, immersive take on her own musical world. While trying to complete the album, NOVAA’s car was broken into, and her laptop, which housed all the ideas and new material which would make up ‘Peaches’, was stolen. With these songs lost forever, NOVAA decided to reconstruct the remnants of these ideas, and ‘Stolen Peaches’ was born – along with a new, full bodied electronic sound she calls “Organic Electronic”.