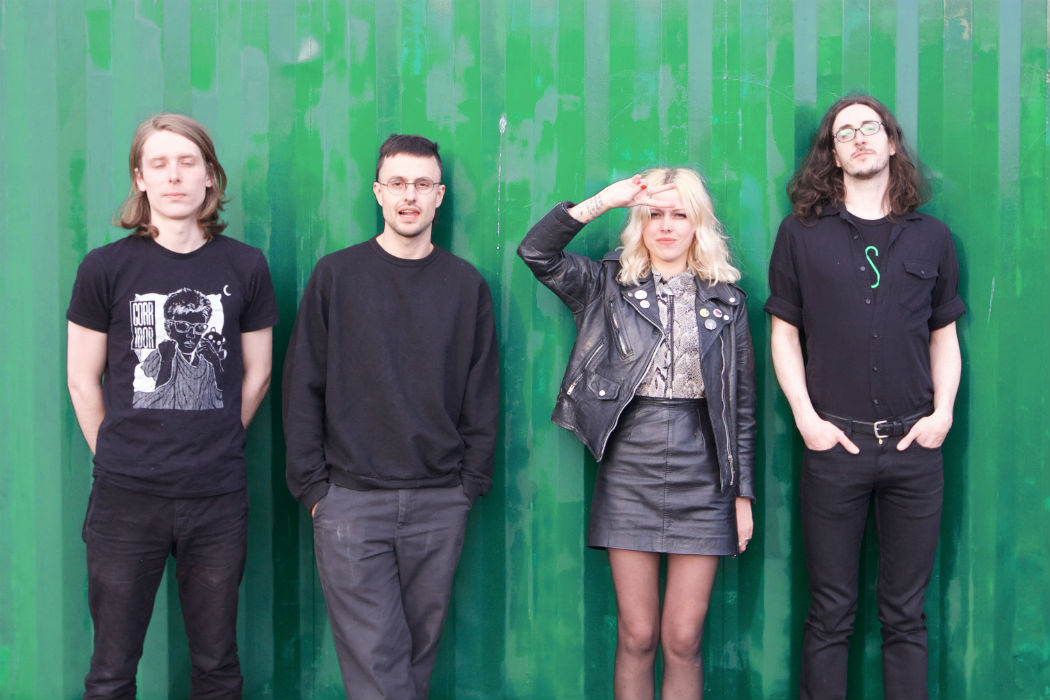 Time to wake up and motivate yourself for the week with Toronto rockers, Peeling. The band, which is led by Kiev-born singer/guitarist Annabelle Lee and features Jimmy Tony Rowlinson (Dilly Dally) on bass, Denholm Whale (Odonis Odonis) on drums, and Alejandro Cairncross on guitar, are newly signed to Buzz Records, who will release their debut EP, ‘Rats In Paradise’, on October 14th. Building on her work in her previous project, Mexican Slang, Lee began conceptualizing the Peeling in the summer of 2015, writing the songs that would eventually make up the EP before recruiting her bandmates and recording at Union Sound Company in December of that year. Exploring themes of sexuality, death, consumerism, religion, and mental illness, Lee describes the EP as being fundamentally about conquering fear. “It’s about shedding past traumas, transcending pain and finding a way out” she says. “It’s too easy to become disillusioned, I want to create catharsis and release.” You can already enjoy their leading track ‘Leisure Life’ before the release of their debut EP next month.

As the recently premiered and EP’s lead single, “Leisure Life” introduces the band at their most bruising, collating influences like The Gun Club, Chrome, The Slits, Fugazi and Les Rallizes Dénudés into a sound that immediately feels like a vital part of 2016’s musical landscape while staking out a unique place within it. As Lee tells Noisey, the song is focused on indifference and avarice, a punishing blast of hard-nosed post-punk that serves as a cutting rebuke to those who are, as the song’s lyrics put it, “making money off of war and institutional oppression. ‘Leisure Life’ is a song about self-interest and people with a bloated sense of entitlement” she says. “It’s about choosing the easiest route towards temporary personal gain and participating in behaviours that benefit you at the expense of others. From seeking validation through consumerism to having a warped sense of integrity under the guise of religion, it all comes down to apathy and greed.”

‘Rats In Paradise’ will be out via Buzz Records on October 14th, pre-order here