Poté spent the first 12 years of his life in a tropical paradise in St. Lucia. He lived right next to the beach. He had 3 neighbours. But the island influences on his jaw-droppingly good debut album “Spiral, My Love” (for Benji B’s Deviation Music) take a few listens to emerge though. On first taste, it’s the dark square synths, dub-wise acoustic spaces and world-weary lyricism of great British club-music stars like Tricky or fellow West Londoner’s Gorillaz’s. It’s burnt-out inner-city blues, lucid bright lyrical epiphanies. Having supported his previous releases on his Radio 1/1Xtra show, its no wonder that Benji B (Louis Vuitton’s newly minted Musical Director) asked to release the record after one listen.

Right at the beginning of the recording process he worked with his fore-bearer as the master of modern alienation, Gorillaz/Blur mastermind Damon Albarn, who ended up co-producing the album’s lead track “Spiral”.

The record is about my relationship with love, money and sex.

It started when he sent track “Spiral” to his friend Remi Kabaka Jnr. (Gorillaz drummer and the voice of character Russell, as well as the son of Reebop Kwaku Baah). Remi asked him to come to his studio and work on the track together. Damon happened to be there, he liked it and wanted to lend a hand. “He brings that space-y-ness to it. We started playing chords and restructuring. It felt like I was working with one of my mates, there was no ego, the best idea wins” says Poté. 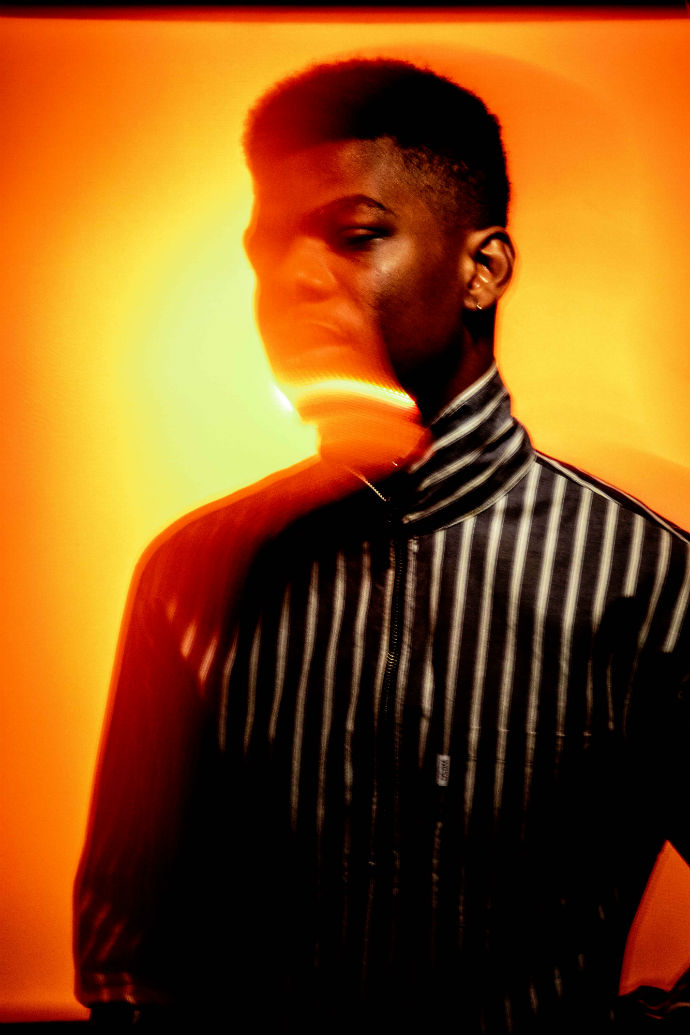 That relationship resulted in him being invited to one of the legendary African Express writing/ jamming/musical experimentation/cross fertilisation trips to South Africa. Also attending an incredible multi-national blend of musicians. Nick Zinner, the guitarist from the Yeah Yeah Yeahs, was there. Otim Alpha from Uganda. All time great grime star Ghetts, Moonchild and DJ Spoko from South Africa.

We were in a compound with a bunch of huts with most people with their studio set up in their hut. You could go across the lawn and be in Ghett’s studio. You have someone that plays the guitar, someone that plays the drums and everyone is amazing. South African music has always influenced my drum patterns. It’s different from someone brought up directly in that culture. To see the stuff being made in front of you that has inspired you for so long was inspirational.

The influence of these African-diaspora global drum patterns can be heard on tracks like “Morph”. Poté’s (government name Sylvern Mathurin) first releases whereby Lusophone electronic music pioneers Enchufada (a label started by global beats pioneer Branko of Buraka Son Sistema). “I fell in love with drum work after discovering Buraka Son Sistema a few years back. What they were doing had so many parallels to the music being played on radios and at parties in St. Lucia” In fact, they all ended up going to Brazil together, where the modern street music baile funk also made a huge impression. “Their style is so unique, baile is their grime, its crazy to witness.”

The biggest source of his creativity though has been self-expression, in this case as a form of self-preservation. His songs start as poems. “Just going through life in a city like London that never sleeps when you been brought up in a village with less than 400 people. The stuff normally comes to me when I am sat on the tube and start writing. A whole world can extend from a small group of words. It’s more used a self-expression to get to grips with exactly what I am feeling. It’s better to write it down and look at it as an outsider.”