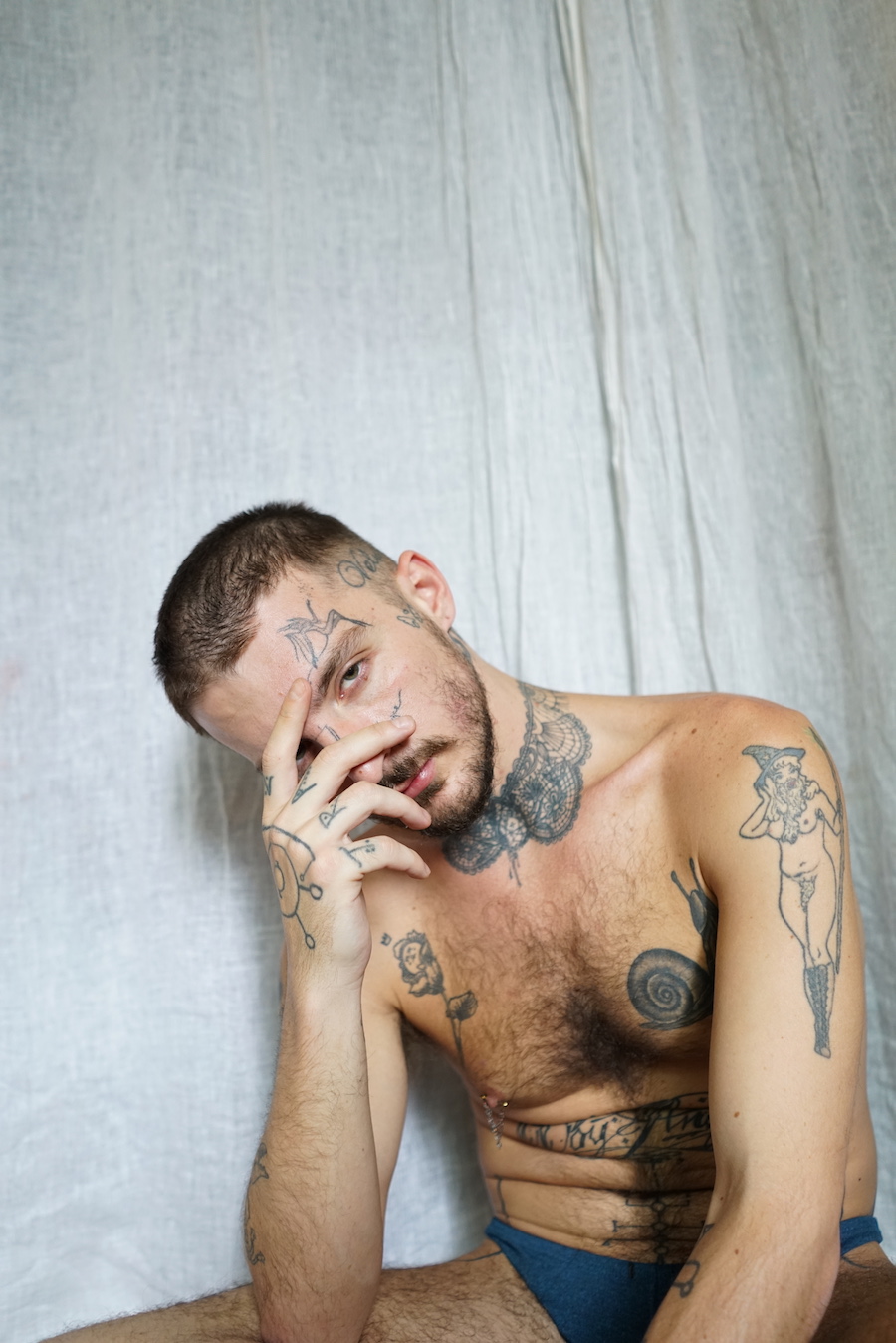 Blew Velvet´s second album is out, alongside news that the artist is performing at Whole Festival in August 2022! The work of musician and performance artist Blew Velvet has bridged the worlds of sound design, dance, costuming, and visual media since 2012. Born in central California, and raised in gulf-coast Florida, they have spent most of their life as an itinerant and ambitious entertainer with a penchant for installation and creating work that outlasts their temporary environments.

This is my first time coming back to Europe to perform since lockdown; I had a huge international DIY tour in place and ready to go the winter before COVID-19 shut things down. Not being able to tour my previous album and project was very disheartening and to be able to perform at WHOLE Festival once again is a beautiful full turn.

–COLLECTIVES: wholefestival.com/collectives
“We are not WHOLE without the collaborative nature instilled in each collective. Combining old friends with new, from every corner of Berlin & across the globe, we are excited to present the collectives for 2022.”

On July 15th Blew Velvet released their second collection of music, an album titled Touch Me.

Blew Velvet is a producer and composer whose work has lived within the fruitful world of queer DIY since their premiere project SSTR debuted in 2014. With a career including installation, sound design, experimental composition, and video art; Velvet broke away from the underground in 2018 with their first album Frankie, released eponymously as Blew Velvet.

Following the nearly two-year hiatus that the world shared collectively, the Touch Me EP is an emotional recounting of grief, love, recognition of your emotional debts, and a poetic arrangement of a person’s therapeutic portrayal of the emotional path that is walked when confronting the deeper parts of yourself, the parts that inform your actions, decisions, attitude, and mechanisms for growth.

The album is a ten-song venture into retrospection and redesigning pasts to accommodate the present.

Opening with “Con Le Trombe”, the first song is a triumphant instrumental, harkening to some new era where Velvet sees the beauty within the dense path before them. The arrangement of horns, dictated by a metallic slamming beat, the whizzing of machines, industrial rhythms and a warbling synth introduces the musical score to this project.

The next two songs, “A Mountain On Me” & “Touch Me” are two familiar singles from the inception of the album. Written with yearning and desire on the forefront, these songs are a past-and-present depiction of someone reconciling the effects of isolation.

The mood shifts with the fourth track, “Catene”. A word meaning “Chains”, an instrumental synth piece anchored in a large deep whirring synth progression beneath a melancholic bass. Granular synths provide a deconstruction of an ambient flute section, sweeping between beats. The song portrays a shackle as well as freedom. A turning point in an album that marks the decision to change and move forward.

Beyond that turning point are two more previously released singles, “It’s Not Enough” & “I’d Better Be Going Now.”. Both of these songs have answered the question of why? that the first half of the album queried. Understanding your own needs and beginning to understand the needs of others. A complicated lesson to learn when caught in the psychedelic maelstrom of grief.

The album’s primary section completes with a final track, a dirge of sorts, titled “Ma Ballerò”. This song is a recitation, incantation, a solemn goodbye to the album’s message to the self:

With that, the album moves into remixes of three of the singles. Whitney Weiss translated “Touch Me” into a spell, a dance incantation, a pulsing dance track designed to permeate you as you move.

Odd Oswald experiments with time signature and the darker side of a vocal remix in his version of “It’s Not Enough”, creating a chaotic dub that disturbs and entices.

Velvet took to reworking “A Mountain On Me” for what they call “A Velvet Retouch”, based on the artist’s personal label Velvet Touch Records, a loving, warmer, longer, chiller version of the first single from the album.