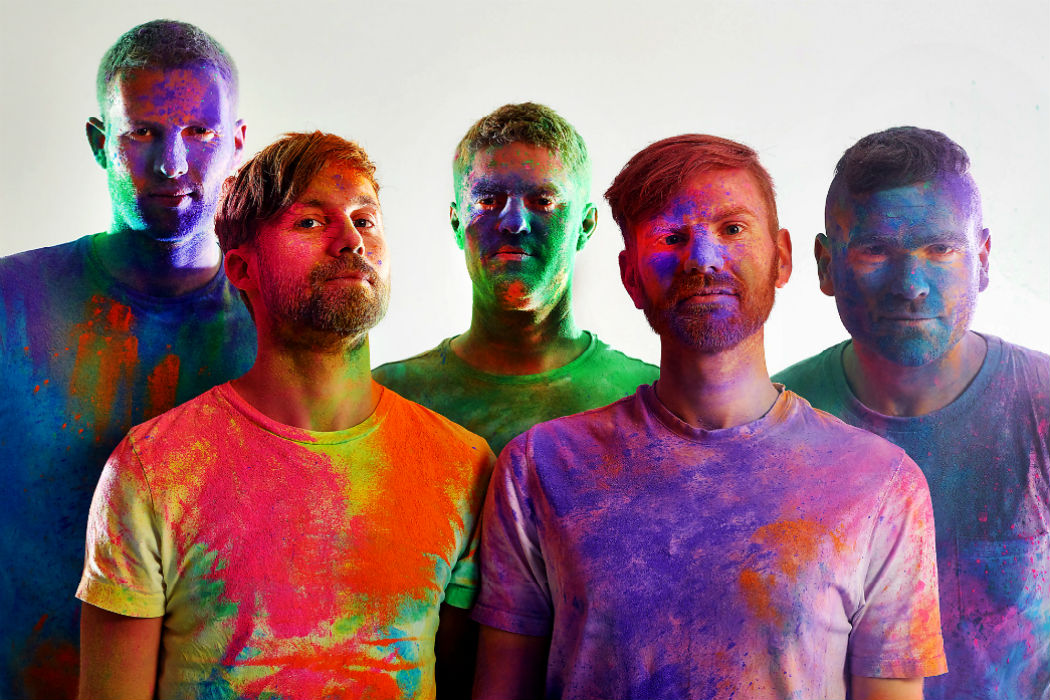 After another successful year for the Newcastle quintet, Shields present their colourful new stop-motion incorporated video for ‘Face to Face’, directed by Cardboard Cameras and Adrian Bushby. Known largely for their DIY approach to music production, the video perfectly embodies this alt-pop mantra through the jagged motion of vibrant imagery. The track can be found on their new album ‘How Can We Fix This?‘, released on February 26th, via Kaleidoscope Records.

The development of their unique sound has been largely due to their DIY approach to production. Using their own studio space to record a vast range tracks over a 12-month period, the band caught the eye of double Grammy award-winning producer Adrian Bushby who helped them complete their debut album. Bushby said, “Shields, in my opinion, are one of the best bands I’ve heard in a long while in both songwriting and performance. They are an incredibly fresh and original-sounding band who I think will go on to achieve great things.”