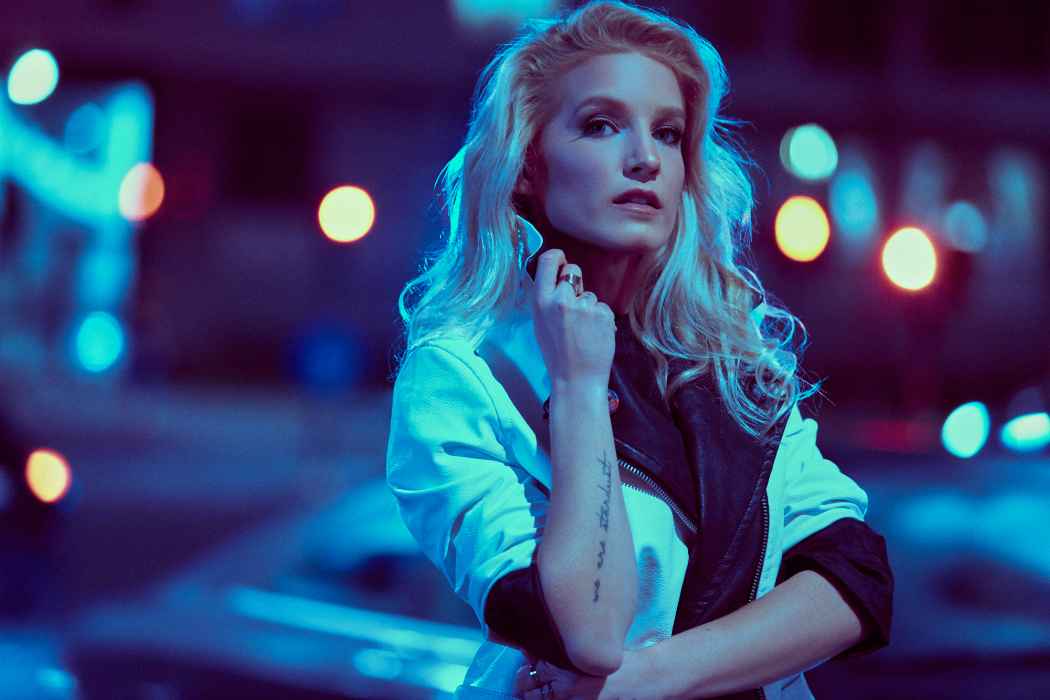 German pop singer-songwriter NINA has been making waves since her ‘My Mistake’ (2014). Following several singles and two EP’s, the London-based artist is set to release her debut album, ‘Sleepwalking’ on 16th March in what she describes as her most personal work yet. Produced by Oscillian and Richard X, the album creates the illusion of timelessness over eleven tracks as it rejuvenates an 80’s synthwave musical aesthetic while simultaneously presenting a modern pop vibe. With ‘Sleepwalking’ hot on heels, NINA reflects on her Top 5 musical influences.

“David Bowie is my musical hero. This song makes my heart skip. It’s very melancholic. I love the story behind it. He sings about his producer friend (while recording and living in my hometown Berlin) and how he was falling in love with this German girl. It was kind of a forbidden love, as his producer was still married at the time. Bowie watched them kiss by the Berlin Wall, as he was writing ‘Heroes’. And I believe he also performed that song at a festival by the Berlin Wall in 1987 while the wall was still up.”

“An absolute banger! This song is timeless and that’s what we’re trying to achieve with our sound as well. Annie Lennox is a remarkable singer. We’d always play their songs on our long car journeys to Denmark on our holidays.”

“I’m a huge Queen fan and this song is my favourite. The arrangements are so beautiful and it has a powerful message of how the Radio became commercialized. They’ve used 3 fantastic synthesizers: Roland Jupiter 8, Fairlight CMI and Oberheim OB-Xa.”

Roxette – It Must Have Been Love

“Roxette were a big influence for me growing up. This song reminds me of falling in love for the first time and slow dancing. And ‘Pretty Woman’ – what a classic! This vibe sort of inspired my track “Purple Sun”.”

“Another timeless song. Depeche Mode were so cool and new when they first hit the charts. I remember this particular song being played all over the Radio. I can really relate to the lyrics and how sometimes in a relationship you don’t need words, they can even be harmful so just enjoy the silence and be in the present.”

‘Sleepwalking’ is out 16th March via Aztec Records, pre-order here