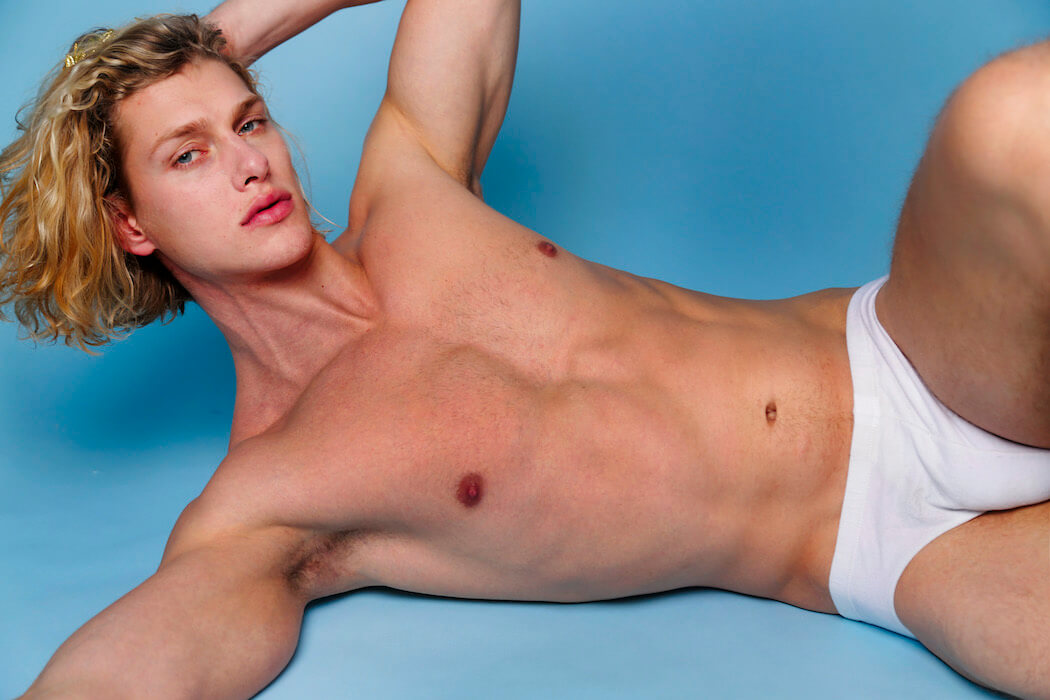 A KALTBLUT exclusive male model feature. Bell Soto captured Chuck Bilgrein for us. The short was immaculately styled by Timothy Reukauf with pieces by Jeremy Scott, Vivienne Westwood and, Moschino.

“Original Sin” is the name of the latest short directed by Bell & Gabriel. The duo decided to tap into their catholic upbringing and exposure to Peruvian baroque religious iconography when presented with the opportunity to shoot Chuck Bilgrien. Inspired by the story of the fallen angel punished for his vanity. They gave their reinterpretation in their usual elegant style, always with a twist. The short was immaculately styled by Timothy R with pieces by Jeremy Scott, Vivienne Westwood and, Moschino.