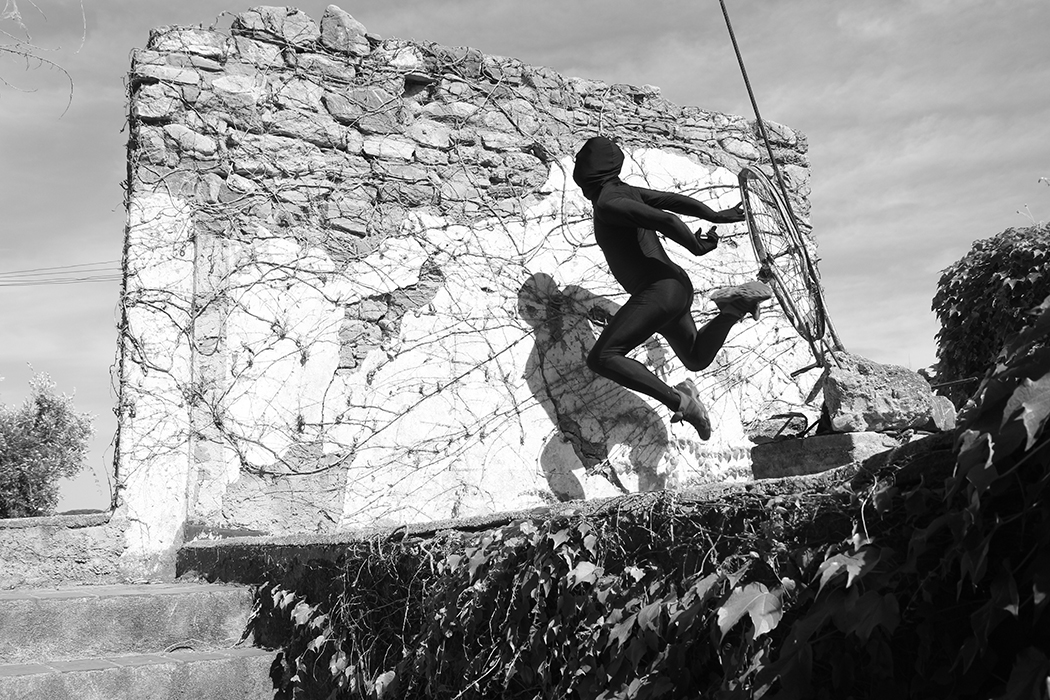 A few people know the person behind Oscoro. He is afraid Oscoro would loose its magic, by showing the face behind the Zentai. The first picture was taken on July 11th, 2016. By now, there are pictures taken in different countries around Europe: Portugal, France, Switzerland, Germany and Italy. Oscoro never uses Photoshop or filters, although sometimes he rotates a pic by 180 degrees. When he was a Teenager he was a dancer and today photography is a very important part of his life, so it is cool to mix both with Oscoro. And as he travels quite often, the Zentai is always with me. The day he will stop this project, he will reveal his face. 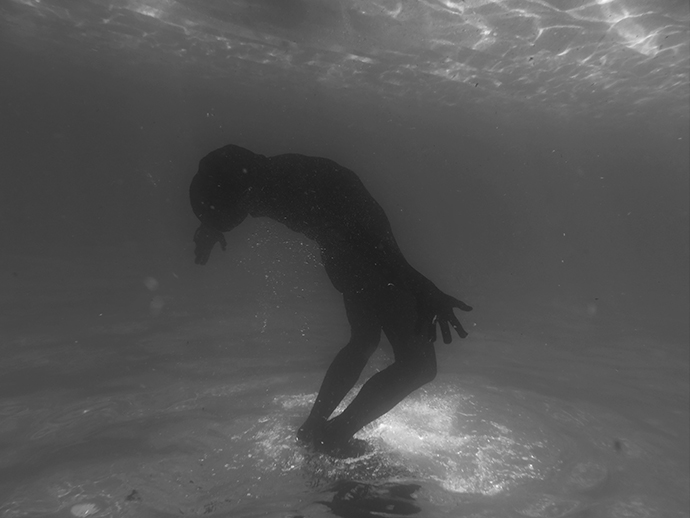 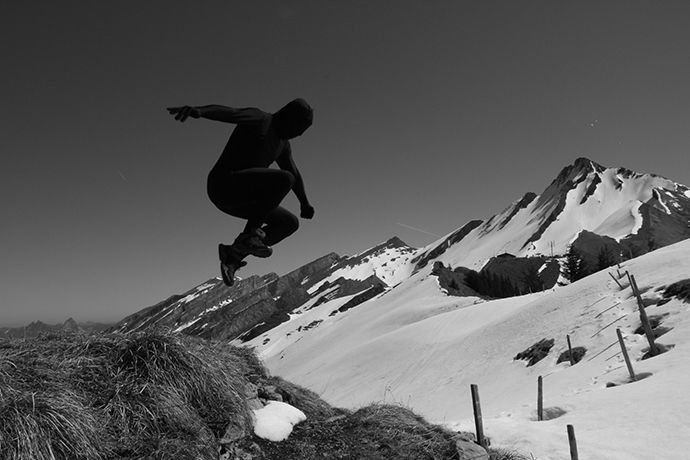 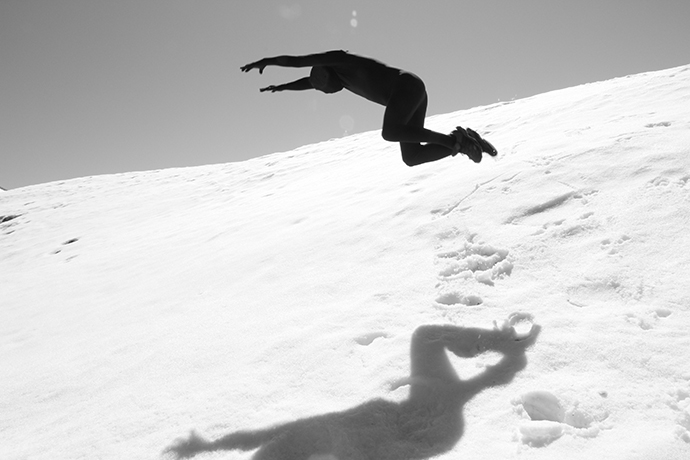 KB: How was oscoro.oro born? How did this project take shape in your head?

Oscoro: I bought this dress (zentai) because I was doing a backstage photo shooting for an incredibly unique show. The audience was asked to wear bizarre clothes and so I did. Some months later, I was at home, hanging around, bored and in the mood for taking pictures but no one was available. I took my bicycle, my cam and the zentai and did the first pics of oscoro. My boyfriend and my best friend saw the pics and went like: go boy. Take some more! 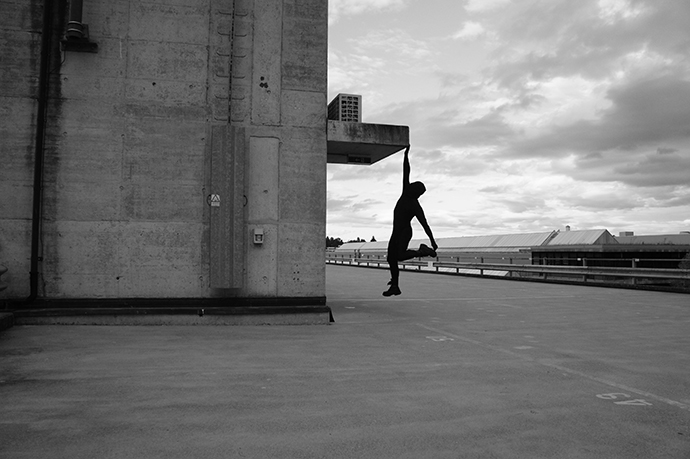 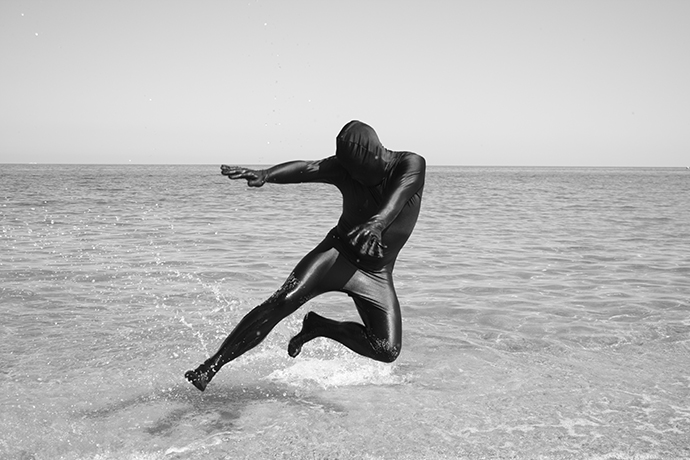 KB: Why is it important that images are in black and white?

Oscoro: A black dress looks more intense in black and white pictures. I like to create an atmosphere that looks like an old movie. 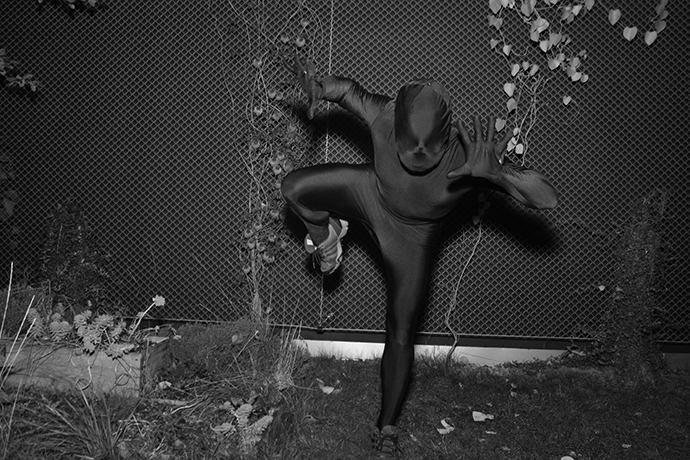 KB: you want to include the human element and it is very important in the picture but in a way it remains concealed. What are your thoughts on that?

Oscoro: Oscoro is an neutral persona. It gives you the possibilty to see in it whatever you want. Is this “thing” scary? Funny? Sad? Mad? Bullshit? Surreal? Gay? Religious? Psychopathic? I like the idea, that you dont have a clear definition. Therefore you cannot say, if oscoro is human or not. It is up to the eye of the beholder. 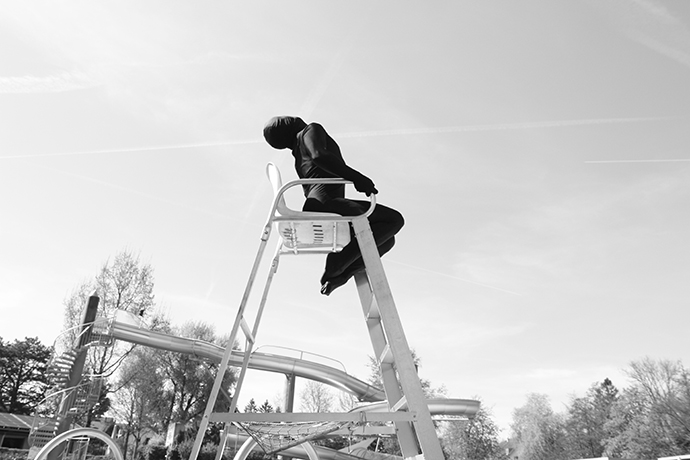 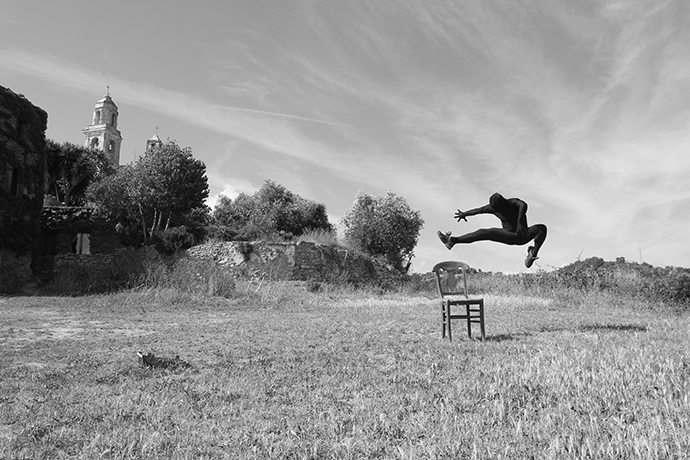 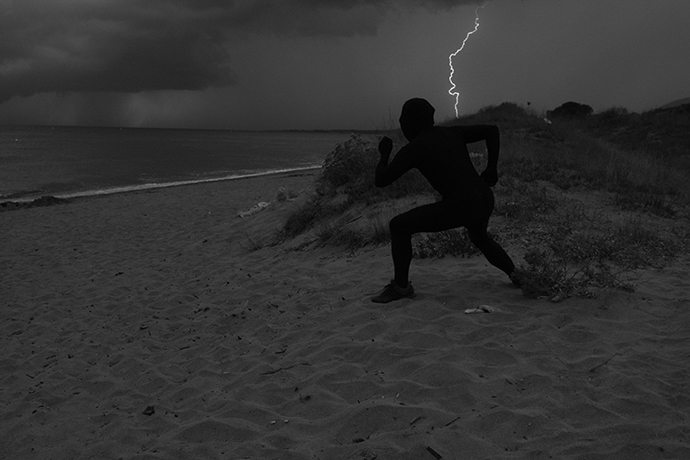 KB: You use self timer only. How easy or difficult is it working this way?

Oscoro: I have had some situations – selftimer indeed was not possible. Underwater for example. I prefer to take the pictures alone. Sometimes, I drive for hours until I find a quite place. Be in your dress, drive the car and when the place is cool and no one is around : jump out, take the pic and drive away having no face, beeing in a black dress, having no identity… It makes you feel free. I could never take such pictures when people are watching. 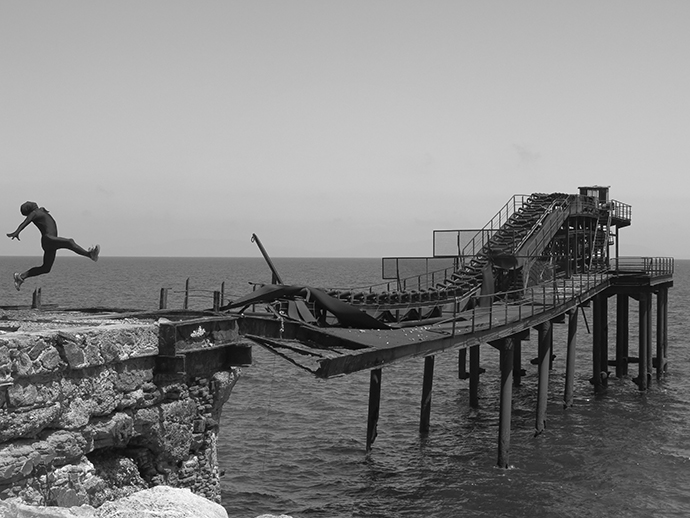 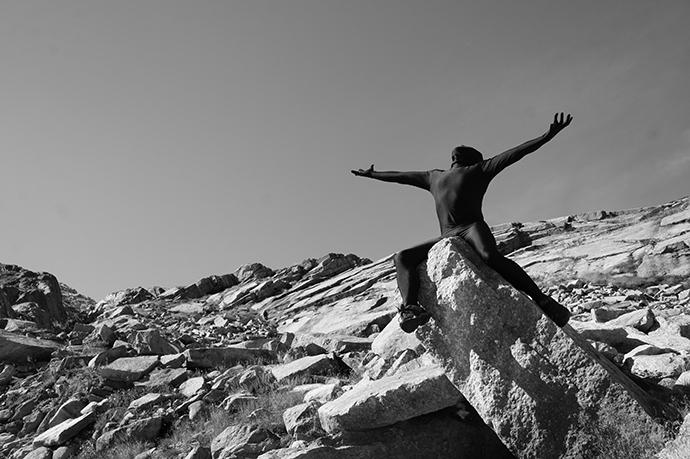 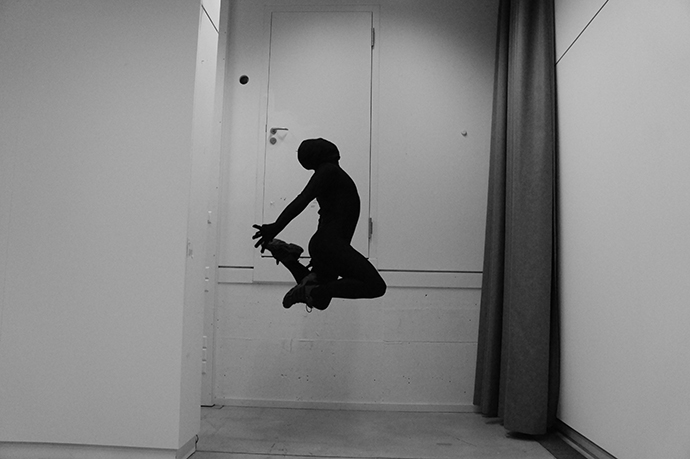 KB: Do you already know what you wanna do next? Or do you wanna continue the idea you are already working on?

Oscoro: There are no plans. It’s like when I am sitting in the car. I drive until I see something that fits. I am happy that there is already a hugh base of so many pictures in so many places. This summer, when Oscoro becames 2 years old on the 11th of July, I would like to print a photo book. One only. For now. You never know…