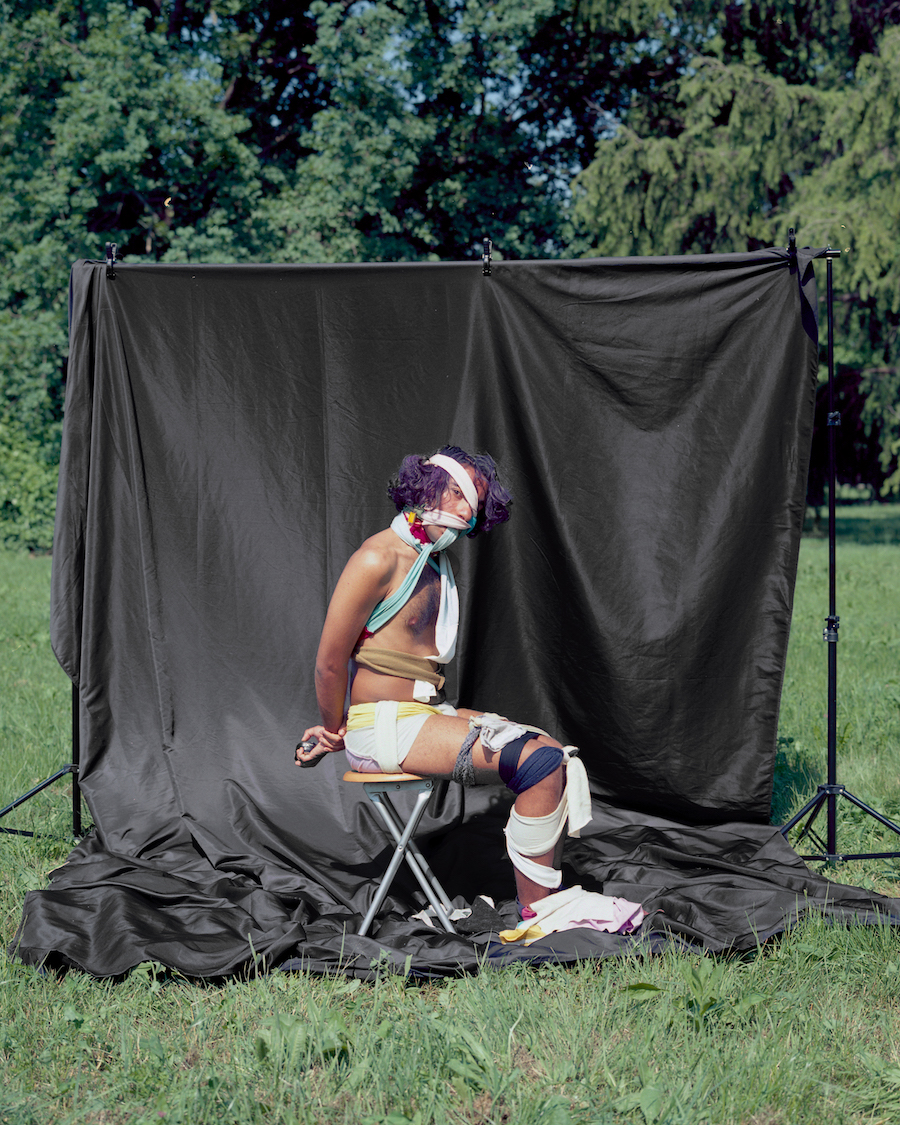 People I have been

A KALTBLUT exclusive by Alessandro Gobello. “I am a photographer and creative with Dominican origins born and raised in the suburbs of Milan, a rather inhospitable place for LGBTQ + people. Being a racialized and queer person has always made me leave room for doubt, and forced me to carve out spaces for myself. My passion and my studies in the fashion field then moved towards photography. After my bachelor’s in Fashion design, I enrolled in a professionalizing course in photography as I had understood in fact how the image was the medium congenial to me.
I have preferred analogue photography for many years because I believe that photos turn out much more tangible, it requires much more attention and technical knowledge but compared to digital shooting it has something irreplaceable, it has some sort of secret.

Fashion always remains a language dear to me but in this short series, I have tried to give space to a more photographic and intimate approach, which is why, for example, still life is also present. I believe that fashion, even detached from the commercial dimension, can still tell us a lot about who we are and how we perceive ourselves.

I now live in Vienna where I would like to deepen both conventional photographic works and a more artistic part of the research. The photographic medium can still be widely explored; I firmly believe that the choice of a photographer or an artist to interact intimately with themselves is crucial in order to take unexplored roads and paths.”

People I have been

what have they seen in me?

Can identity really change?
There is no answer to this question. If the word “change” alludes to a transition, identity is not subjected to this law: it discloses itself, reveals itself, its branches, it
is nebulous energy. If on the other hand, we consider change as a set of independent pluralities, our essence coexists in several places, lives in heterogeneous places, and survives in a continuous leap thanks to its alterations.
I have chosen to tell my point of view on how gender, sexualization and racialization take part in the identity process.

Social stereotypes, the projections of our expectations of others, bias and emotions become protagonists of a staging that aims to represent the chaotic overlaps of the various levels of the ego, explaining the way in which it is forced to defend itself. The project, composed of self-portraits and still life, also touches on other themes such as family memory and intersectionality
but in a non-dialectical way and from a personal point of view; without therefore having the intention of being explanatory or representative of a broader feeling.

In the form of a character
assimilation

Babalawo
victim of the different worlds

A space for us only
which space?

Am I a hole?
objectification

The second part of the project aims to try
to visually translate moods into material scenarios, small paintings where objects become amulets, talismans and more. Wanting to simplify, it is not their shape that makes them special, but the way we use them, the meaning we invest them with. Language is almost opposite to the portrait, which ignores the “who” to turn a spotlight on “when” and “why”.

the object is studied in the entirety of its magical potential: a tool to evoke, condemn and bless.
It acts both as a spokesperson for both
the mass and the individual, aspects of the identity discourse converge here which see

the individual as an internal member of a group, such as the family and community one.
it is well established that social pressures generate in the individual a unique and different change for each of us and social groups are no exceptions. The language chosen here is always rich in assonances, not linear, but unlike what might seem more intuitive, it is also more personal.

Social and geographical distances, emotional relationships and consciences take shape in these shots; the way in which these, once again especially in marginalized categories, undermine the perception of oneself and of the other.

Banquet of the recall La negrura que rumba
to return

Celebration or the big theft
assimilation

Me and my family La negrura que rumba
lost identities

Framework for the memory
two islands

Underwater
the spell that has been cast on you

To be for others
“I can not wait”