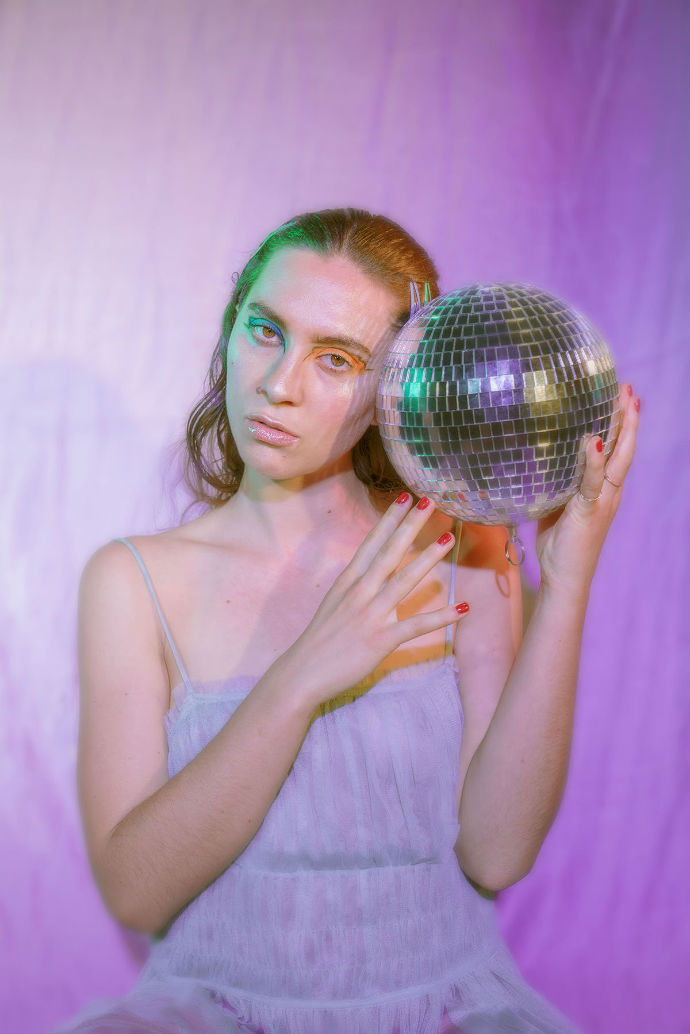 Abby Diamond teams up with fellow Majestic Casual alumni slenderbodies to bring the sultry electronic-rnb number, ‘Irrelevant’. The Brooklyn-based artist harnesses her unique vocals, entwining them within slenderbodies’ signature future bass beat to create a slick, feminine-focused production with a nod to the LGBTQ+ community. Director and close friend Emilie Aubry adds the finishing touches within one tingly, neon-tinged fantasy. Fans of Mothica, Tei Shi, and Ayelle add ‘Irrelevant’ to your playlists ASAP – it’s out now on Majestic Casual Records.

“Max from slenderbodies slid into my Soundcloud DMs when I lived in New Orleans, back when we were both still putting sweet janky beats up on the internet. We just became friends from afar for years and would always send each other shit we were working on. By the time I moved to LA he had started to blow up, and we would just chill and write together a lot. One day he showed me ‘Irrelevant’… I have this thing that I only sing songs other people write if the words are so true for me that I feel like I could have written them.

When I heard the song, I was kind of astonished. I felt everything.

As for the music video, I guess it has two meanings. First of all, I made it with one of my best friends and her girlfriend, and we all had these memories of watching TV when we were younger and falling in love with the women on the screens. We wanted to bring these daydreams into form and let other people step into them, see the world through them… Do you feel the numbing heat of the room around you? Do you see the walls shrink as they drip into new colors? The second way to look at it is probably a bit more accurate than the first, but I’m not going to get into it.” – Abby Diamond