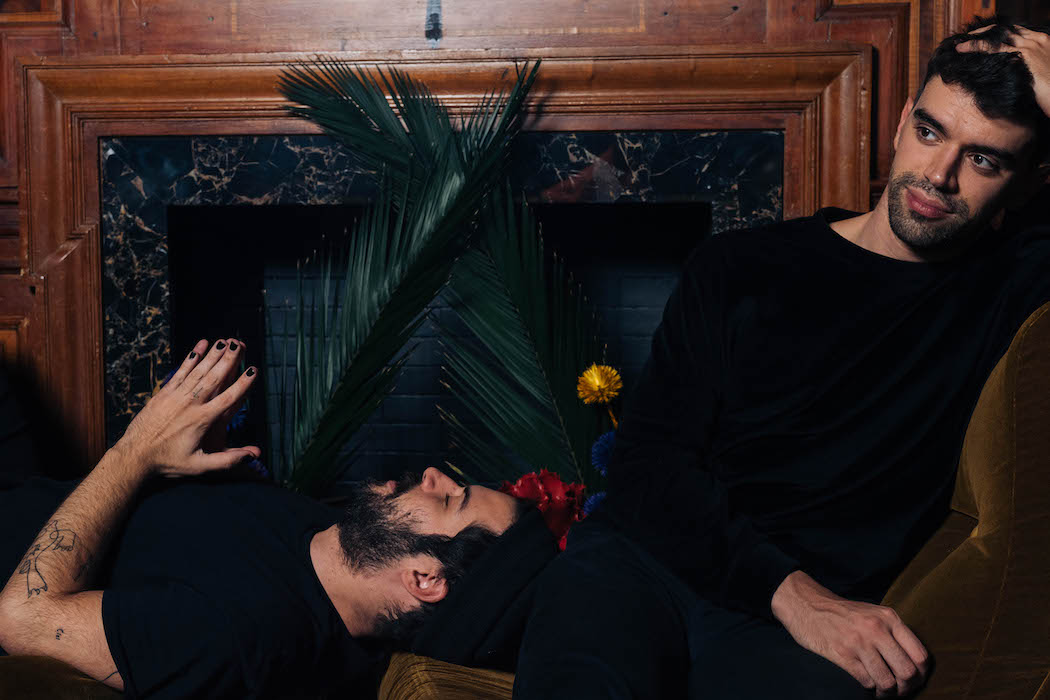 Parisian producer duo, Duñe x Crayon, are today sharing their lucid new single, ‘Pointless (feat. Ichon)’ – arriving with a captivating video that comes directed by filmmaker and photographer, Alice Kong. The new music arrives in-line with the announcement of the pair’s debut album, ‘Hundred Fifty Roses’, which is out through Roche Musique (FKJ, Zimmer, Cézaire) in April, 2020. ‘Pointless’ trails the Complex and COLORS-tipped 2019 album-titled single that emerged as the first release from the pair since 2016. Featuring the smouldering downtempo vocals of French rapper and artist, Ichon, the track sonically tugs on the duo’s smooth-as-butter production techniques whilst simultaneously tying the knot between R&B, G-funk and soul, tipping hat to the likes of J Dilla, MF DOOM and Flying Lotus.

The video, shot by Kong using surrealist techniques, plays on the album’s narrative of addiction, habit, and the over-connected society we live in – in this instance, the duo, and Kong, address the symbol of the rose and its currency on French escort websites: one rose equating to one euro. Kong explains the video, saying: “‘Pointless’ tells the story of a young man, depicted by Ichon, who’s living in social isolation – lonely, and out of step with an over-connected society. Late one evening he tries to kill time by scrolling through web pages when an escort web pop-up appears with a hypnotising woman – one thousand roses is the price allowing for one night. Consequently, we see Ichon look to collect and save roses to spend a night with her. His ambition quickly becomes an obsession, growing roses throughout his apartment; between cables, in his sink, through his mattress, etc. The more the roses grow, the more the metaphor of the flower becomes synonymous with any other vice: money or drugs, leading for addiction.”

Before working together, the pair of producers, who met in 2014 as Roche Musique signings, have forged out successful solo careers with Crayon – previously signed to Kitsuné where he cut his teeth alongside Yuksek – releasing two EPs to-date, securing praise at Pitchfork and more along the way. As well as creating his own music, the artist has racked up a string of production credits working with tipped names from the French electronic and R&B underground scene – Ichon, Blow and L’Or du Commun to name but a few. Duñe, on the other hand, was championed from the off via Roche Musique, initially as part of the hip-hop duo, Saje, before releasing his own solo material. As well as working on production for the likes of Swing, Julien Granel, and Blow, Duñe has established himself as a prominent live artist on the label’s roster, performing across South Korea, China, Canada, and more.