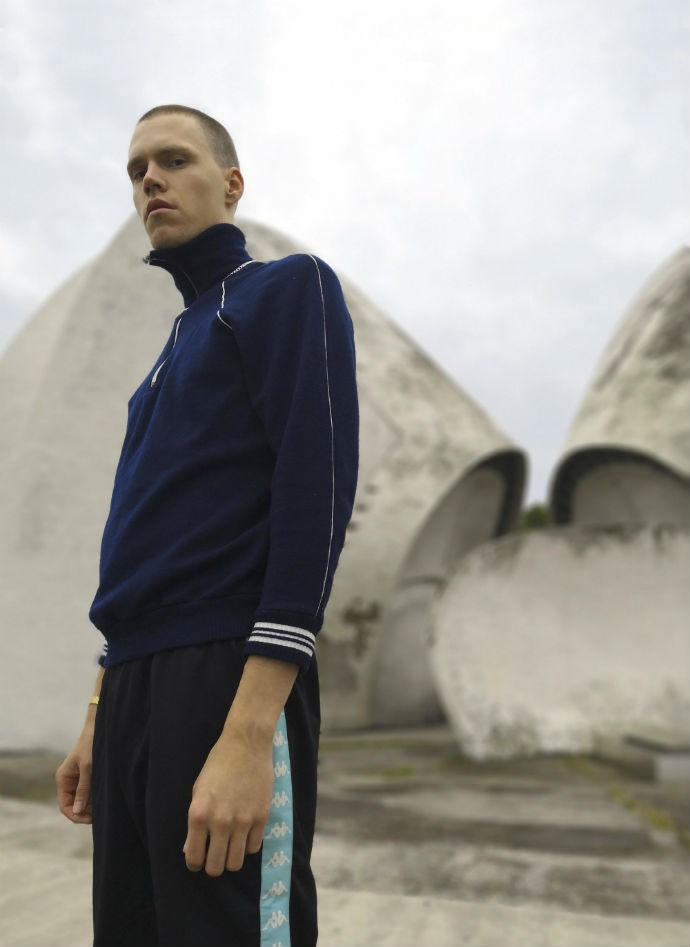 Experimental electro-pop-gems HEIMER and KUOKO bring ultimate PC vibes with cutesy single ‘VR Crush’. Experimenting within the digital realms of online dating and the ever increasing decline of human interaction, ‘VR Crush’ represents the constant flux of refreshing, hearting and craving for attention from that one and only who may, or may not, exist. Notifications chiming, vibrating, illuminating a screen. Nerve endings tingling. The welcoming wave of a dopamine hit, “i know that you’re not real, but i love you”. ‘VR Crush’ may hit home – fairly head-on – but it still brings fuzzy feels and will please fans of Kero Kero Bonito, Poppy, and LIZ. Plus the video, created by the duo alongside Ksti Hu, is a pretty slick, CGI adventure involving selfie sticks, VR headsets and barbed wire crowns.

HEIMER is a Frankfurt/Berlin-based experimental electronic artist, that is continuously laughing in the face of convention. Codes and pre-defined styles are conquered by a permanent search for how to overcome the listener’s expectations on how things have to be like – to tell a specific story, represent a mood, be fun or dark, or to define oneself as a certain person or gender. With his UK bass, neo-goth and dance music influences, he bridges the gap between multiple genres like grime, footwork, skweee, hip-hop and UK drill. While his debut LP TEILZEIT SWAG (Tomlab/US) is an adventurous musical journey, that is as weird & complex as it is incredibly fun and inventive, — his live sets appear as a contrary powerful mashup of darkwave, trap, metalcore and contemporary pop music, while never losing track of its own essence.

KUOKO is a self-contained artist in the truest sense. She produces and writes everything by herself. She records herself and definitely does not need anyone to take her by the hand and guide her through the musical thicket. Growing up in Hamburg, she did not enjoy an artistic education, yet she tailors her own costumes, illustrates her own creative world and shows her love for detail not only in her fragile stage designs. Last year KUOKO won the Hamburg music prize “Krach & Getöse” and was voted ”artist of the month” by Hamburg’s biggest radio station N-Joy radio. Her debut EP, “Lost Woods”, was released on Kabul Fire Records, the label of Farhot (producer/Co-writer Nneka) and is the first release on his label, that he did not produce by himself. Her self-made costumes and illustrations reflect her unique style, with which the artist picks up Asian pop cultural motifs and media such as Japanese comics (manga). These self-designed outfits can be seen among other things in her music video for the single “Seeker, Finder, Keeper” and her illustrations were recently also used in live performances, where they are projected onto screens and paper umbrellas. After having performed live at the Reeperbahn Festival in Hamburg and the c/o Pop Festival in Cologne, KUOKO is now working on the completion of her second EP, which will be released in spring 2019.

Stream ‘VR Crush’ and flip a phantom phone around:
http://vrcrush.online