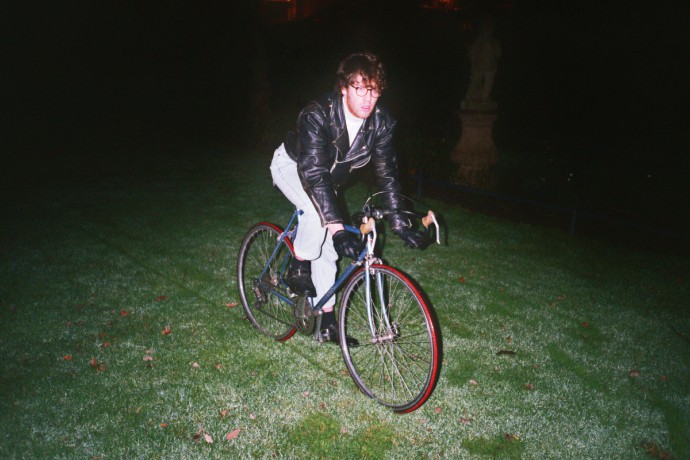 We’ve got a new track for you today from Berlin-based artist Hush Moss, whose music will transport you to a time of plenty and flamboyance. The debut album It Takes A Lot harkens back to the halcyon days of roller skates, coke mirrors, and discotheques. It’s bright and velvety elevator jazz, executed with a Steely Dan sense of irony, cradling you in the warm uterine wax blot of a lava lamp as your disembodied self shines out onto the marble floor. The album was shaped by Hush Moss with the help of producers Captain Richard Beef and Young Yosef. Lead single ‘Slowly Disappear’ is luxurious, with its crystalline synths and old school funky bass rhythms. The smooth, chorus-soaked guitars evoke the late Prince and the ensemble sounds like some creamy R&B number you’ll think has always existed. Hush Moss has a canny ear for nuance; the level of detail infecting these numbers is microscopic. A cursory listen to the title track reveals that every texture and every rhythm interlocks indulgently to evoke a maximalist’s aural paradise. It would be easy to compare Hush Moss to Devonté Hynes and Connan Mockasin – two thoroughly established practitioners of the art of nostalgic plenty – but Hush Moss digs further and delves deeper than either. Having already won over the fine folk at French electronic music record label Kitsune, and been featured via their discovery feature Hot Stream, Hush Moss’ single ‘Slowly Disappear’ will be available digitally on July 1st, with album ‘It Takes A Lot’ following on CD, Tape and digital formats on September 16th by Average Negative. Listen to the new track here at KALTBLUT.