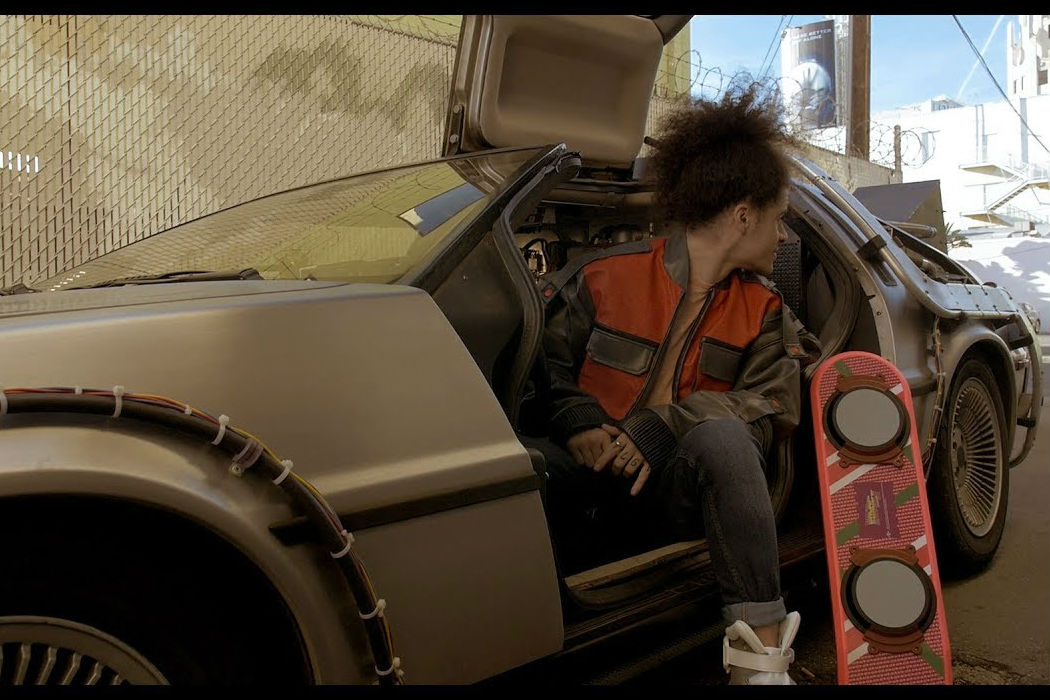 Rising producer Oshi has released the music video for his latest single, ‘Heal You.’ Armed with its signature Nike Mags, hoverboard and DeLorean, ‘Heal You’ pays homage to the Back To The Future film franchise. Joined by British vocalist and rapper Courtney Bennett, ‘Heal You’ showcases Oshi driving around the streets of Los Angeles, the neon-lit city backdrop serving as the perfect juxtaposition against Oshi’s signature synth-laden productions.

With millions of Soundcloud plays to his name since he emerged on the scene, UK-born and LA-based producer Oshi has become an exciting new voice since his debut in 2015. The youngest person to play a Boiler Room set, the 19-year-old musician has become known for his signature fusion of mood-infused synths, raw and soul-searching vocals and his distinct ability to breathe new life into all of his productions. Best known for his remix of Kali Uchis and Tory Lanez ’ “Riding Round,” which garnered over 18 million Soundcloud plays and a coveted #1 spot on HypeMachine, this year sees Oshi gearing up to release his first multi-track release through ArtClub International, which promises nothing short of exciting collaborations, fresh sounds and innovative beats.

I’ve always been a huge fan of 80s movies and the back to the future series is one of my favorites. It was fun acting parts of it out, especially to a song that has both throwback and futuristic elements to it. also make sure to look at my face in the video because I think it’s hilarious

Says Oshi of the video

UK-based singer and rapper Courtney Bennett has quickly gained praise as a rising young talent. Catching the attention of various award-winning artists including Big Sean, M.I.A and Erykah Badu , Bennett has continually won over fans and fellow artists alike through her effortless delivery of some of the world’s greatest hits, amassing millions of views on YouTube. With her debut EP on the way, Bennett’s first release through ArtClub International is due to feature appearances from fellow musicians Tory Lanez , 6lack and more.