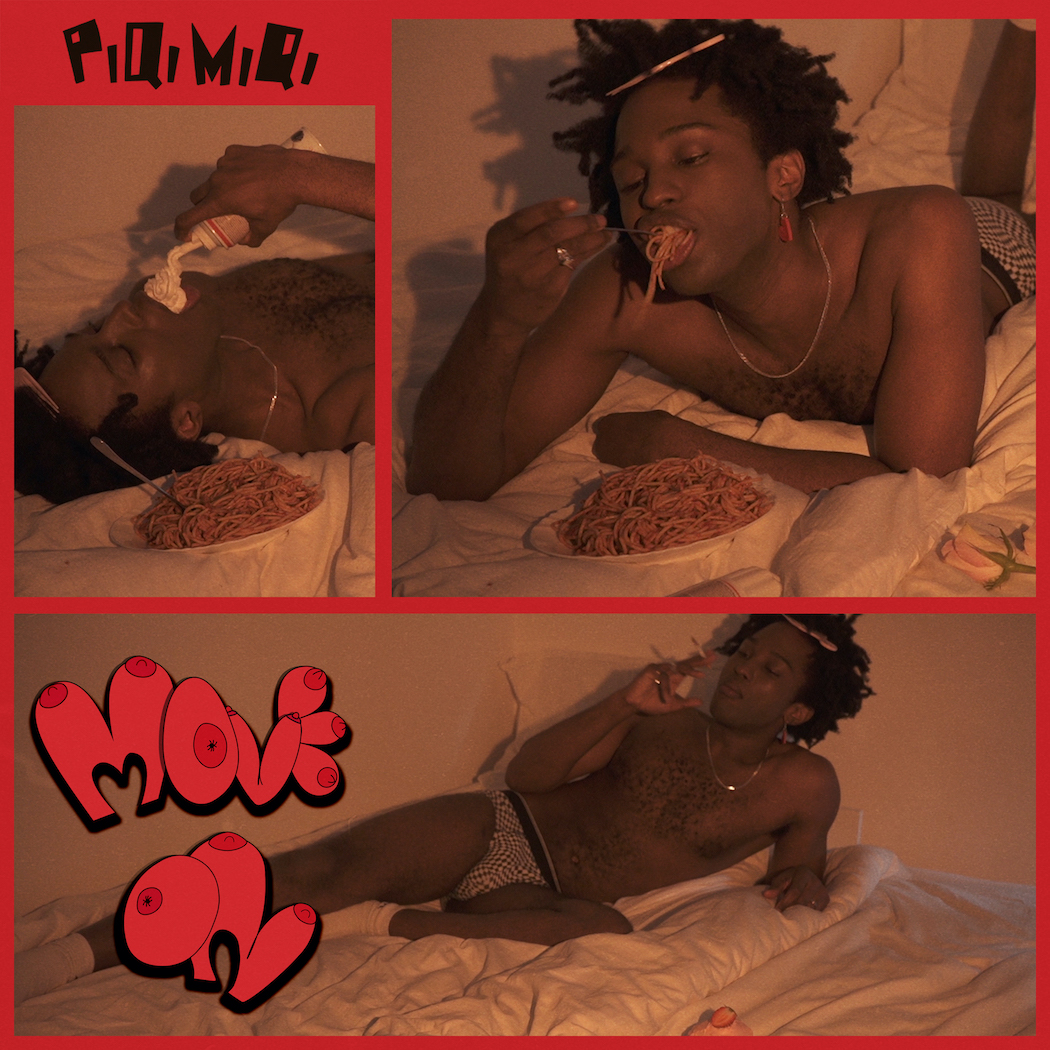 Still feeling blue from Valentine’s Day? Mercury retrograde got you all tied up? Then feel-good artist Piqi Miqi has the perfect song for you. ‘Move On’ is the latest funk-filled R&B jam from the Prague-based artist who is pretty much fed up of being stuck in a rut. “‘Move On’ is not just a song, it is a mantra,” he explains. “Throughout the day I was regurgitating the same mental contents of yesterday, last week, last month, a year ago and so on. Recycling those negative feelings was holding me back from socializing, creating, and growing. Everyday I kept rewinding and playing back the past until one day I heard the words ‘Move On’ repeating over and over in my head. I immediately jumped to the microphone and recorded what became the chorus of the song. Funny how as I gradually moved on from this pain haunting me, I was able to add to the song piece by piece over the span of 2 years.” Hell, can we relate!

“‘Move On’ resembles the process of getting over something/someone that hurt you or even over the guilt one carries from hurting someone. It can be slow and gloomy, like the E.Piano chords that wallow over the 808 kit, striking you with every snare. Yet, it can also feel empowering taking responsibility for your actions and emotions, which is how I feel during the chorus when the mantra ‘Move On’ repeats “It’s time to move on”. It makes me want to reflect on the dance floor, winking at my past as I move forward into the future. I took inspiration from the early Chicago house days of the late 80s early 90s, as well as the dance athems that rocked the underground electro dance floors of New York in the 1980s. In the music video, I’m in my bedroom binge eating junk food in my post-breakup depressive mindstate. I then get the idea to get dressed up and get out of this mood. Once I find the right outfit, I meet my friends and they help cheer me up by taking me to a house party. The video was shot by Nikol Urbanova and Erika Ranglova.”

Piqi Miqi has cultivated a niche sound combining funk, new-wave, synth-pop and R&B with his rhythmic, soulful and flamboyant vocals, and his own production inspired by the greats of the 70s, 80s, and 90s. Upon graduating from New York University with a degree in economics and a potential career in investment banking, Piqi Miqi escaped the life of suits and ties in order to do something more adventurous with his life. He left the Big Apple to live in Prague where he learned the Czech language to conversate with the country’s Bohemian folk. In 2016, he launched his solo career as Piqi Miqi and began making a name for himself, organizing DJs and performing his own music at underground spots where Prague’s local and expat alternative community flourish. He’s earned himself recognition both home and abroad from blogs such as Fashionably Early, DiscoBelle, Refresher, and Magnetic Mag. Most recently, he’s completed his first European tour, branching out to cities in Latvia, Hungary, Croatia, Slovakia and Czech Republic. Each of his songs and music videos is unique, and having full creative control as his own producer and composer allows him to break the monotony. Besides music, Piqi Miqi poses for fashion campaigns, TVC’s and also acts in the most popular Czech Soap opera, ‘Ulice’.