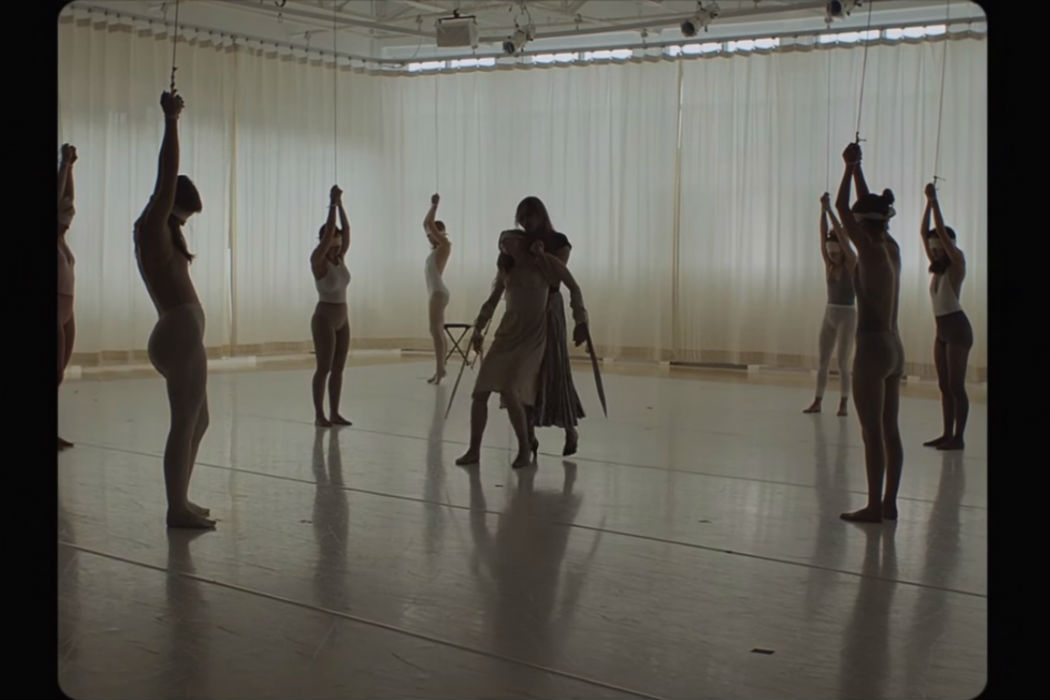 French production trio Point Point have released a stunning short film for their breakout single “Life in Grey”, off their debut Contrastive Focus Reduplication EP out now on OWSLA / Record Record. The video was helmed by acclaimed director Jodeb (Zedd, Imagine Dragons, Porter Robinson) and draws inspiration from the Y generation’s desperation to create art. Point Point has established themselves as tastemakers in the artful French scene with their acclaimed “Filet Mignon” compilations and avant-garde approach to electronic music. Watch the short film in full below.

“‘Life in Grey’ is the origin of Point Point and was able to lead us to where we stand today. It was crucial for us to bring it to something visual, we wanted to get something different from what is usually seen in the electronic music industry today. When Jodeb introduced his vision of the short film he wanted to produce, we were immediately seduced. It was quite weird to realize that what he had in mind was so close to our artistic approach. A peaceful electro single, suddenly becoming so disturbing and shocking.” – Point Point

“The song and title inspired me to create a narrative about the Y generation, about how people can become desperate about creating the perfect piece of work, the ultimate fulfillment in the eyes of others. The obsession of a promised, expected, fulfilling life. I just wanted to create a character who would push it to the ultimate limit, death as a performance.” – Jodeb