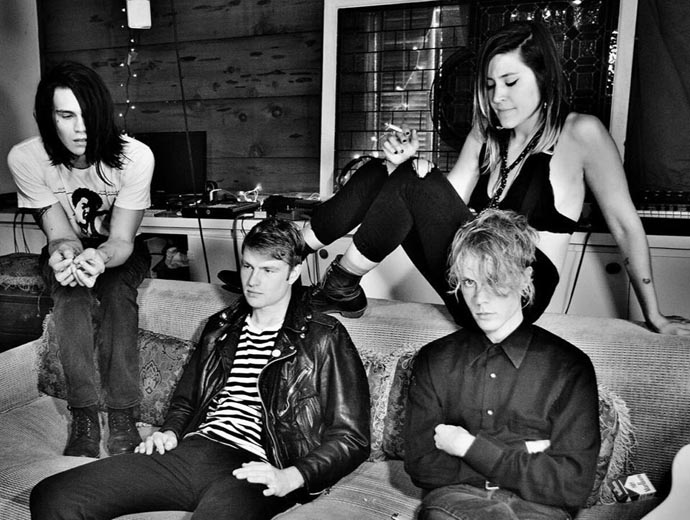 Taking their name from an astrological term (not a kinky wall spread), Sextile’s new track continues their venture into the occult with themes of infatuation, desire, the unattainable and the fear of loss. This time, swapping the bubbling synths & screams of frustration for an equally evocative psychobilly direction, hinting at influences from Dick Dale & The Cramps.

Initially living in Brooklyn, guitarist/vocalist Brady Keehn and drummer/vocalist Melissa Scaduto made a jump to Los Angeles on a whim as the financial climate in New York became too much. Within months of being in LA, the two met bassist Kenny Elkin and guitarist/keyboardist Eddie Wuebben. On their debut record, Sextile waste no time setting a sombre tone with openers ‘A Thousand Hands’ and ‘Flesh.’Menacing guitars blend into dark, rumbling synths as driving militaristic drumming leads the focused charge into unforeseen danger.