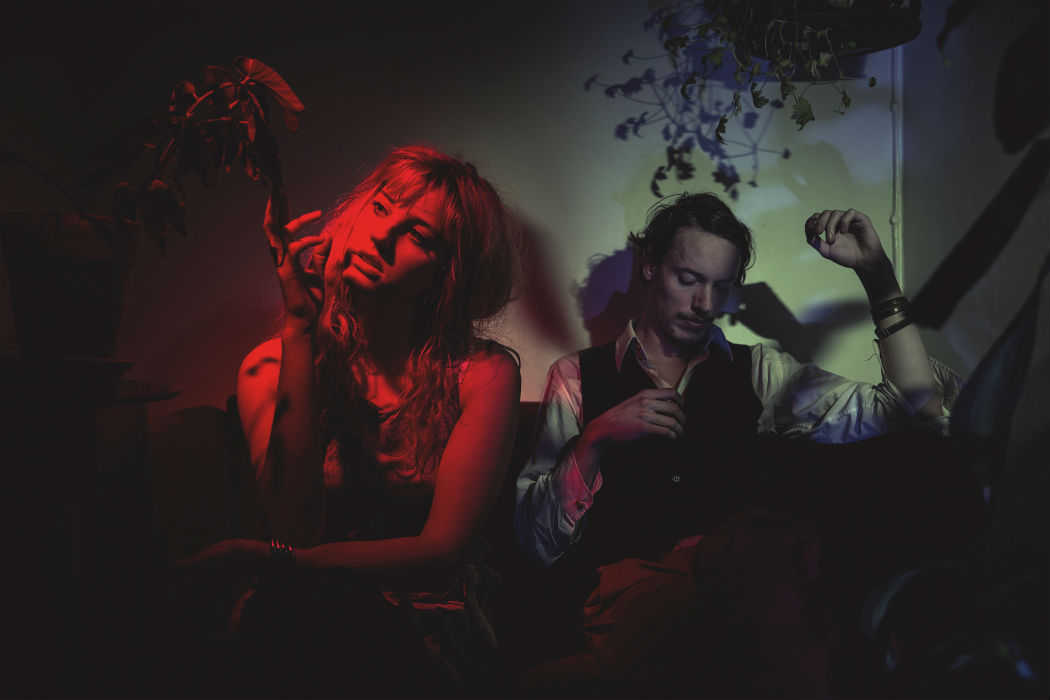 Introducing ‘Empty Box’, the new single from Danish dream-pop duo Sweet Tempest out now via Small Yellow Records. All written, produced and mixed by Luna and Julian, they have already racked up hundreds of thousands of plays on Youtube with support from Youtube channel ElectroPosé whilst playing festivals VEGA in Copenhagen as well as supporting pop singer Fallulah. The two met many years prior to Sweet Tempest being formed, and their outward lifestyles brought them together time and again to share with each other their creative dreaming and to ponder life and music with whiskey under dim lights. “Music has always been a part of my life. I’ve grown up in a family of hippies who sing songs around the bonfire. Ever since I was a child I’ve written rhymes and turned them into songs. Even since I was very young I’ve taken every opportunity to jump on stage.” Says Luna. Julian also grew up in a family of musicians and music lovers, “I started playing the Cello when I was 6 and have since moved onto several other instruments. Luckily, my family has always completely endorsed my desire to compose and perform music so there was never really anything else.”

‘Empty Box’ is out now via Small Yellow Records