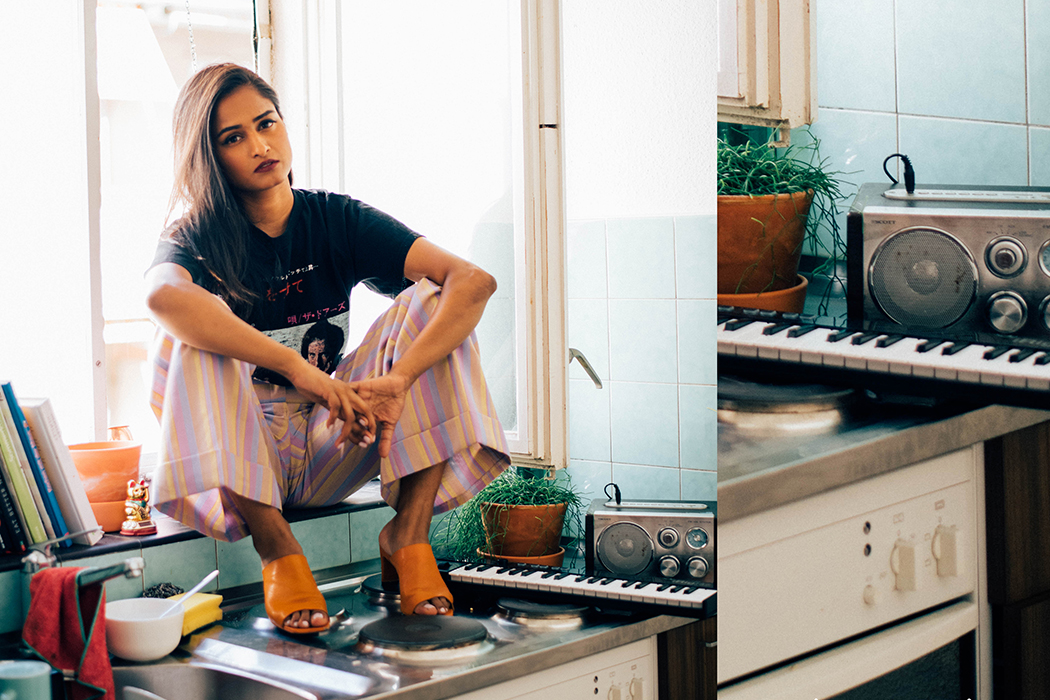 Vibrant neo-soul artist Priya Ragu taps into the beauty of nature with her latest video for ‘Leaf High’ featuring brother and producer Japhna Gold. Written in New York and recorded in the heart of Zürich Switzerland, ‘Leaf High’ reaches its final destination with visuals shot in the city of love. Director Lokmane Ghoula captures Ragu and Gold as they’re whisked across the Parisian countryside between pastel-hued clouds and ghostly apparitions. The light is coming…

“The song speaks about longing for freedom, the urge to be one with all,” says Priya. “…to be one with mother nature while embracing the now in its purest form. Where today’s songs usually speak about sex, drugs, and rock ‘n’ roll, Leaf High is that one fish that swims against the stream, upwards the waterfall, just to transform into a dragon – a dragon of positivity and love.”

A potpourri of cultural influences emerged from her Sri-Lankan roots, Swiss mentality and her musical imprints of traditional and Afro-American soul music. With the burden and expectation of a tradition-conscious family and cliched Swiss diligence, songstress Priya sets out on this soul seeking quest at a young age. Mellow and almost fragile she sings about her longings, her pain, her desires driven by love in a unique self-therapeutic way. She also wants to uplift him and her to listen to their inner voice and not only dream the dream but to take action and pursue the fulfilment of pure bliss.

Priya manages to transmit a feeling that can not be expressed through words. Music showed her the way to liberation and rebellion against traditional values which allows her to take control of her own life purpose and creation. From singing Lauryn Hills “Killing Me Softly” in her living room all the way to collaborating with renowned Swiss artists such as Dodo, Müslüm and Sektion Kuchikäschtli she grew a passion for the stage over the years. Constantly working on herself and her art, Priya Ragu is finally ready to write her own musical chapter. She is currently working on her first debut project alongside with her brother and producer Japhna Gold. Come join her on her journey and fill your hearts with these soulful vibrations.