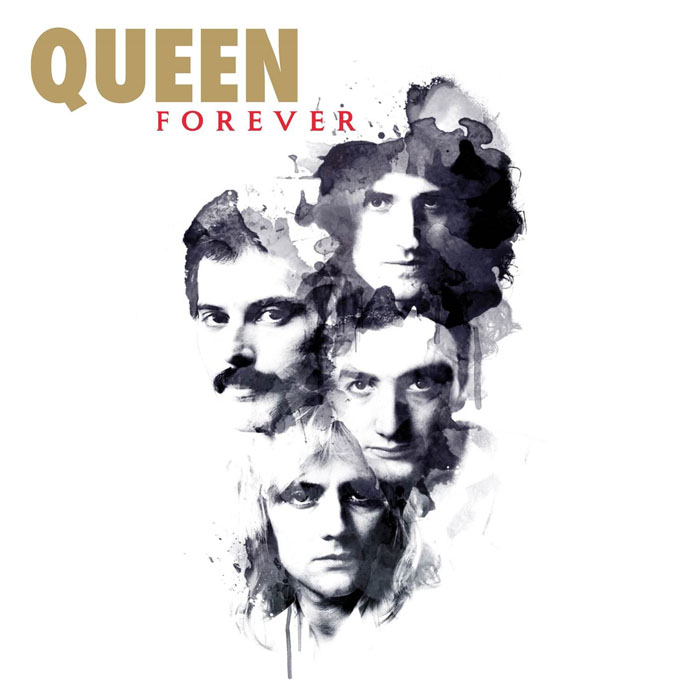 The tracks include a long anticipated track from Queen and Michael Jackson, There Must Be More to Life Than This, a previously unfinished Mercury-Queen track Let Me In Your Heart Again originating from the band’s The Works album recording sessions, and a scorching new stripped-down ballad version of Mercury’s first solo hit, his Giorgio Moroder collaboration, Love Kills. The rest of the package brings together Queen hits, classic tracks, and new takes on well-known songs, matched with band recordings Brian May describes as “things that we have collected together that are representative of our growth rather than the big hits” in a collection immaculately assembled by May and Roger Taylor themselves. The tracks are all linked to represent a definitive collection of Queen’s timeless love songs.

Queen Forever is available as a 20-track single CD and as an extended 36-track, two-CD set, and celebrates the extraordinary musical path of one of the world’s greatest rock bands. Anticipation for these new Mercury tracks has been high since May and Taylor first hinted earlier this year that new tracks featuring Mercury were being explored.

Speaking at the press conference to launch their North American concert tour with singer Adam Lambert earlier in the year, May said: “There was a little bit more in the can that we had overlooked for a long time, so we have a few songs which we’re working on right now. Freddie sounds as fresh as yesterday.“

On the subject, Taylor said: “We’ve got some great new tracks that haven’t been heard and there’s an interesting selection of older stuff.” RELEASED NOVEMBER 10th 2014