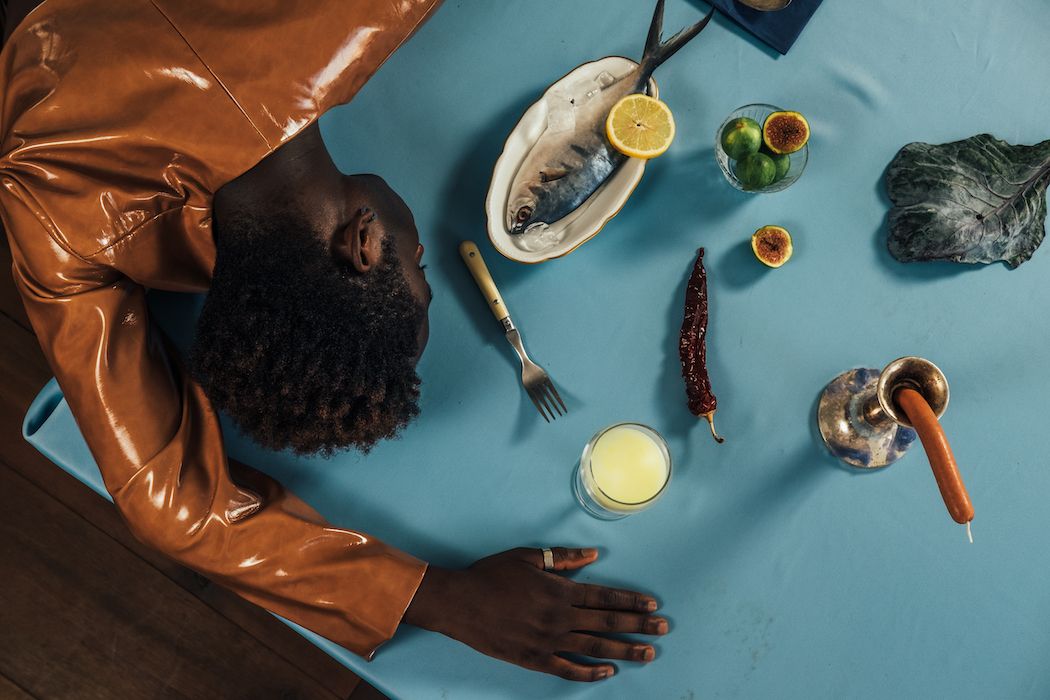 Searching for balance in our chaotic world: In conversation with Wayne Snow 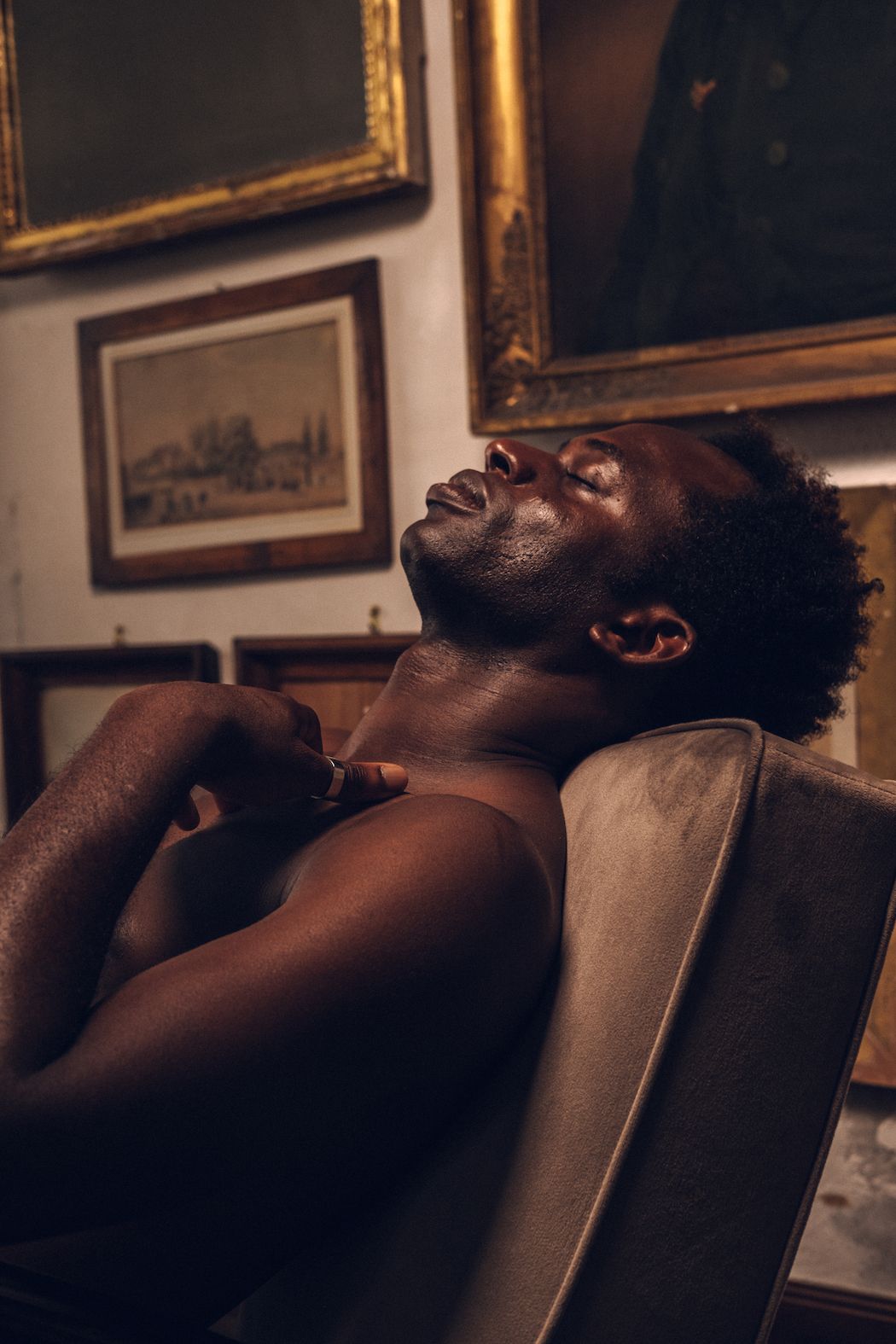 We (virtually) caught up with Wayne to discuss his need for challenging himself, his collaborations with Darius and his diverse influences. 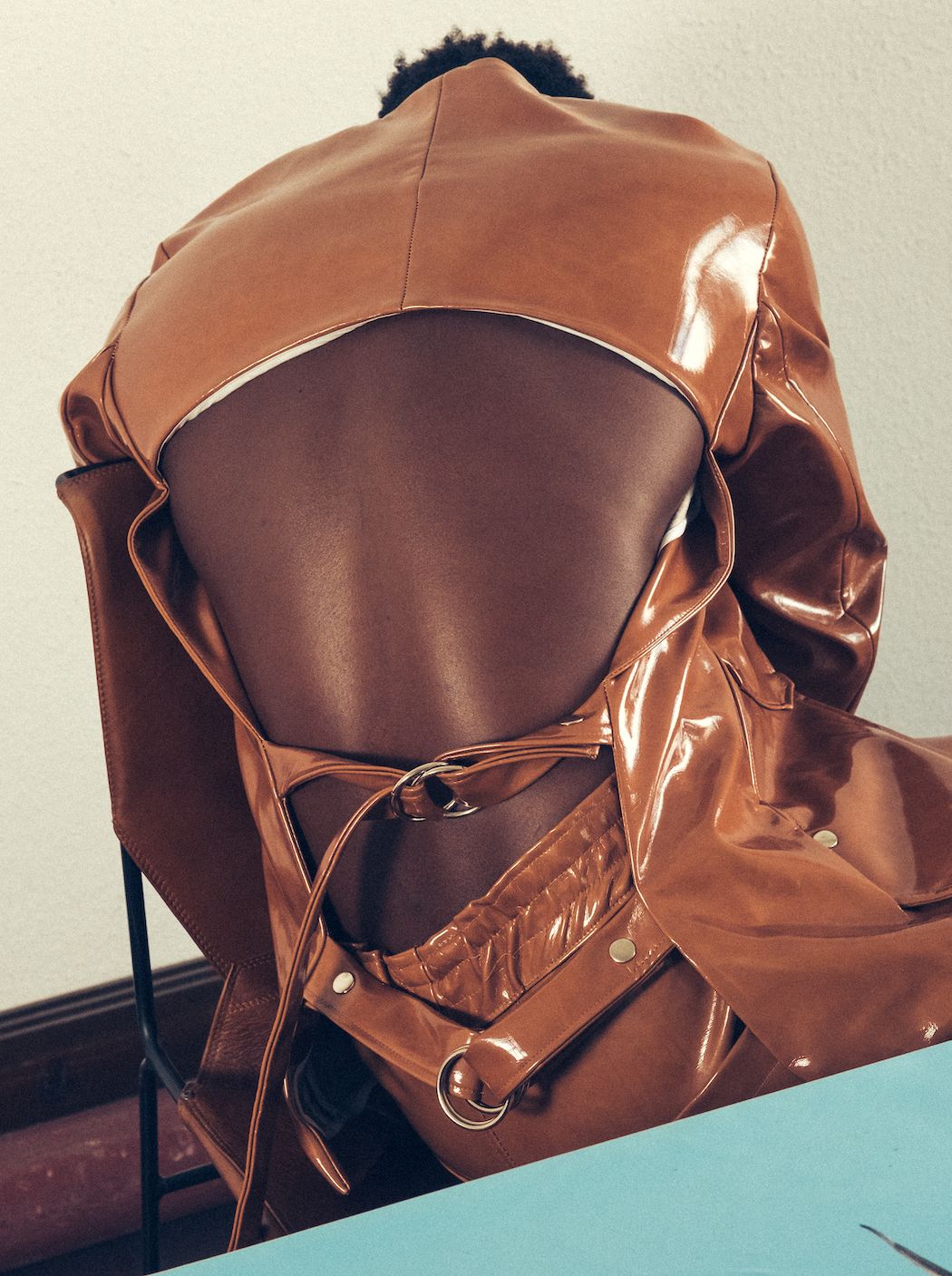 I am from Nigeria, and what I carry as a Nigerian is this capacity to just explore and check out things, I’m curious about everything. And that huge curiosity is that African gift I have, not giving a shit as long as it’s groovy, you feel your head banging and there’s emotion there.

KALTBLUT: How are you doing?

KALTBLUT: Moving on to happier things, can you tell me a little bit about your latest single?

Wayne: So ‘Apology’, what should I say? Let’s say, it’s the other phase of ‘Equilibrium’. ‘Equilibrium’ is shiny and sunny while ‘Apology’ is slightly darker. Not in the sense that it’s evil, it is just a bit more grey and the tone is more serious.

The idea behind it was to have this conversation about mostly race. Because you had the Black Lives Matter movement, and I thought it would be a good way to express this concern. That’s why we added it to ‘Equilibrium’. And so the idea in ‘Apology’  was a way to amend, a way to try to find some kind of a conversation, a positive, calm conversation and to move along. It’s to recognise that these things we all deal with and carry with us are not solved yet, and we have to talk about them, and then move forward. 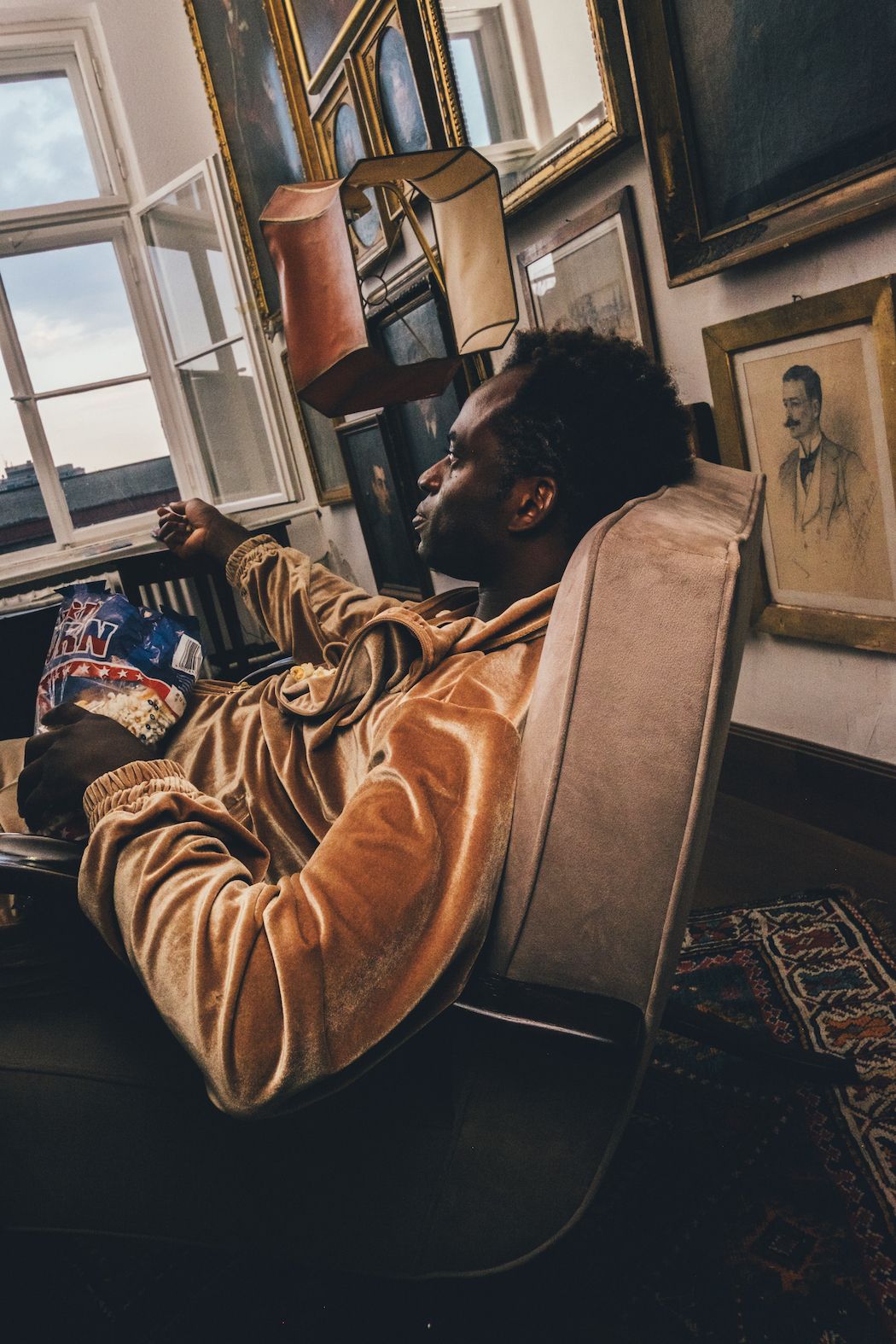 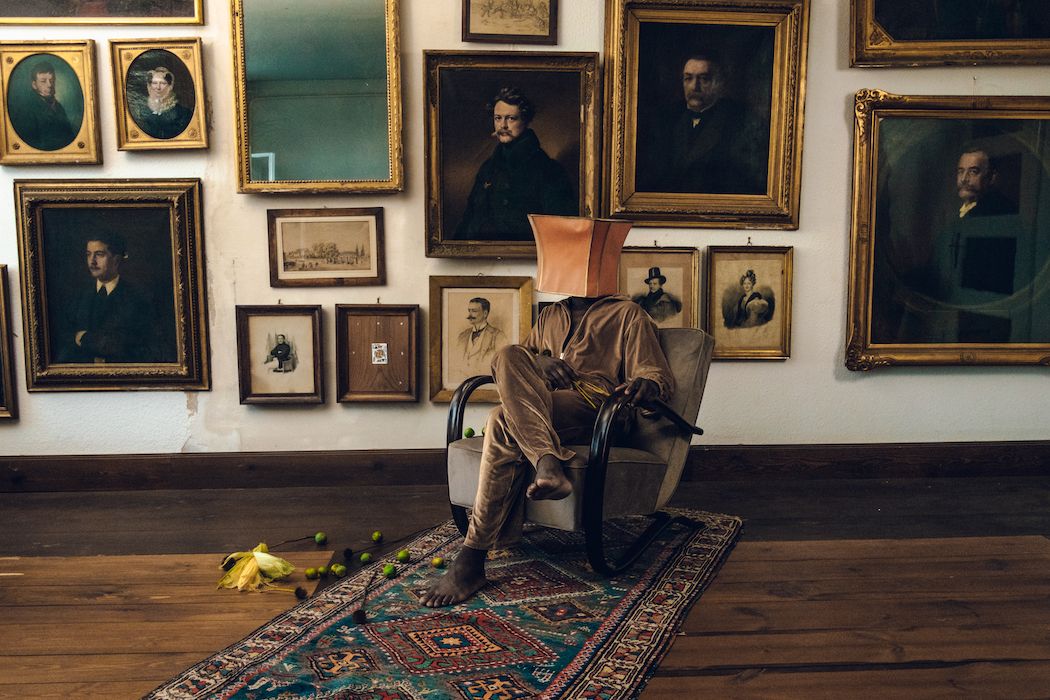 KALTBLUT: I’ve read that the track was written and pretty much produced in one studio session. How does the collaboration or process work, especially when it’s done in only one session?

Wayne: This generally happens with most tracks that I do. When you hit the right key, everything just comes out as something logical that just makes sense. When working with Darius, however, we sometimes have some difficulties trying to find the right thing to do to a track. That’s why we now just put it aside and continue at a later time.

And so when this track [‘Apology’] came, it just came like something logical. I usually start with the general vibe as well as general universal emotion in a track and then I try to find the underlying theme, such as politics, or something like that. And I’ve always believed that as a singer, you’re supposed to say something meaningful about the music, which is completely abstract, you know? Darius is always trying to find the right topic for me and that’s how we work together. Once we have the topic or the general vibe, a session could be around an hour, or two, until we finish a track.

KALTBLUT: That’s cool. And how would you say your creative process has changed from your first releases to now?

Wayne: I think my problem is that I will never find the same thing and that’s why I don’t consider myself as a producer. I don’t have my own home studio section, where I do everything. And the reason behind that is just that I constantly need to be challenged, to be challenged when I’m in the studio, and there is music going on, and I feel that I have to deliver immediately. When I go to someone’s place, the fact that I’m somewhere else means that I’m there to deliver so we have to work and get something done. I constantly move and shift from one place to another. I think you can tell by the way I sound in most of my tracks that the emotion is always different. I get this feeling and I try to just do what I feel at that moment.

I would say I never did the same thing twice. Whenever I release a track, and then another one and another one, that just means that there’s something wrong inside of me that I am dealing with. 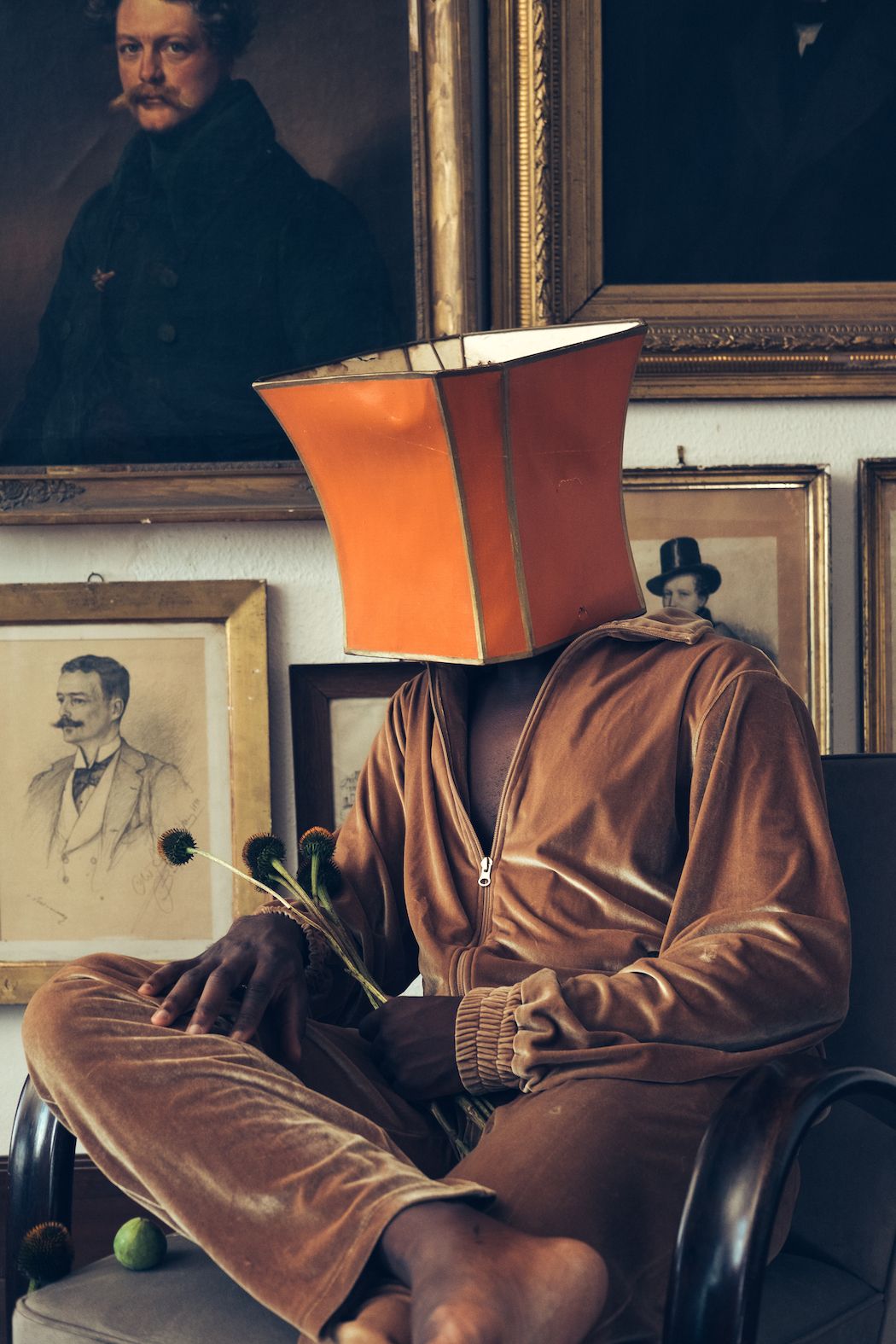 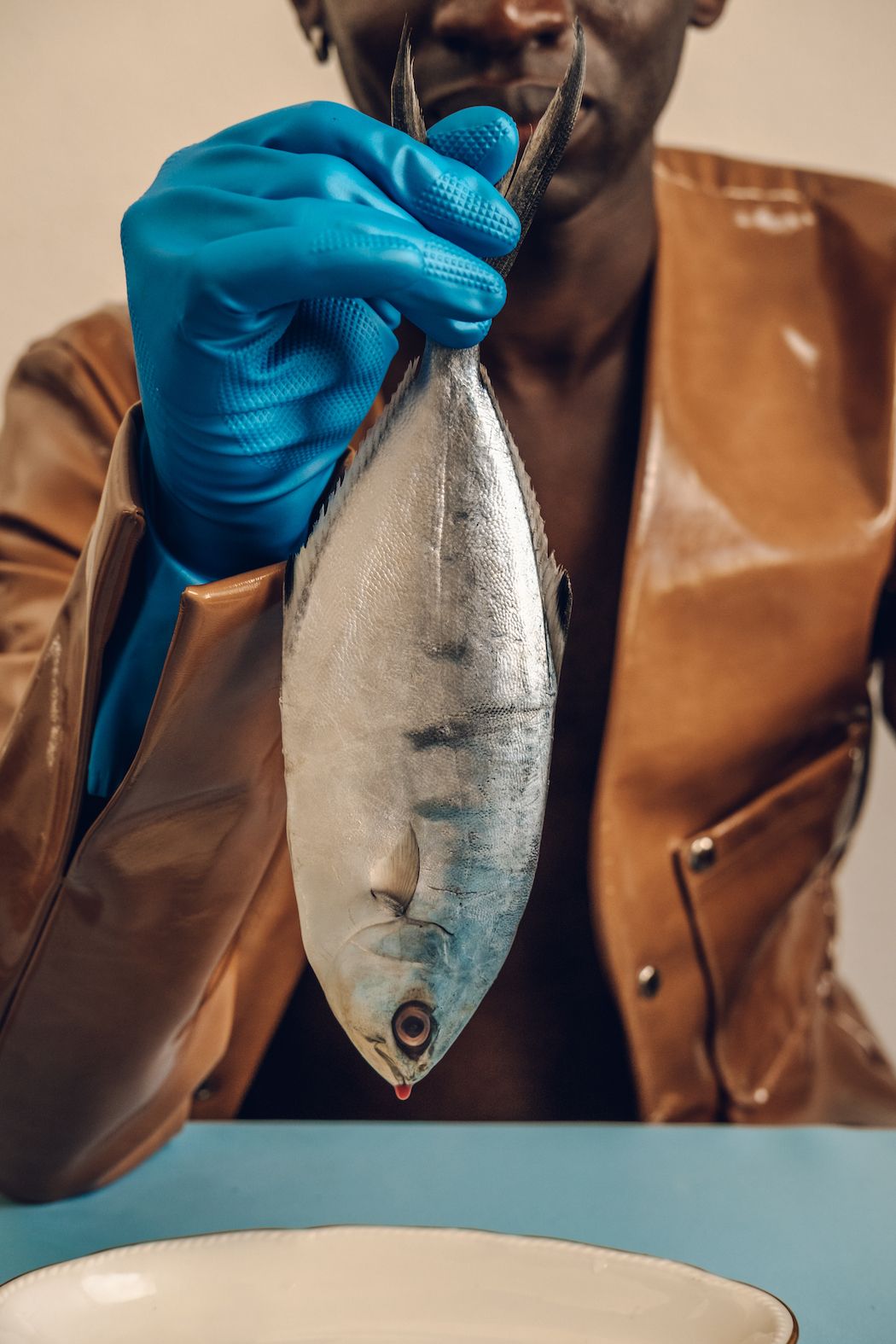 Wayne: Well, one of the ways of challenging myself is to go into someone’s house. House in the sense of a studio, or creative space. And of course, knowing this person very little, but for this person to then share a fragile part of themselves with me is how I challenge myself. I generally feel like each track is just trying to capture this very private, intimate moment of myself and the people I’m working with.

KALTBLUT: I watched the video to ‘Equilibrium’, and it’s very powerful and colourful. Do you get involved with the direction on where the video goes?

Wayne: Not that much anymore. Alice Kong, who directed the video, is an acquaintance of a friend, and she understood our initial idea for the video. We were looking for someone who would be able to express this idea of different people coming together, as well as adding this surreal madness, crazy touch. That’s another way I enjoy working with people by giving them a tiny general hint and then see what they come up with. And Alice felt the music and did her own little thing with the video. The only thing I would’ve loved to add were Darius and I showing how much we’re into the music because I felt like we just gave you guys like just this tiny moment in the end that then quickly disappeared.

When you have the singer, the person, the voice and you see people just vibing listening to your song, it makes you feel a little bit like Michael Jackson. 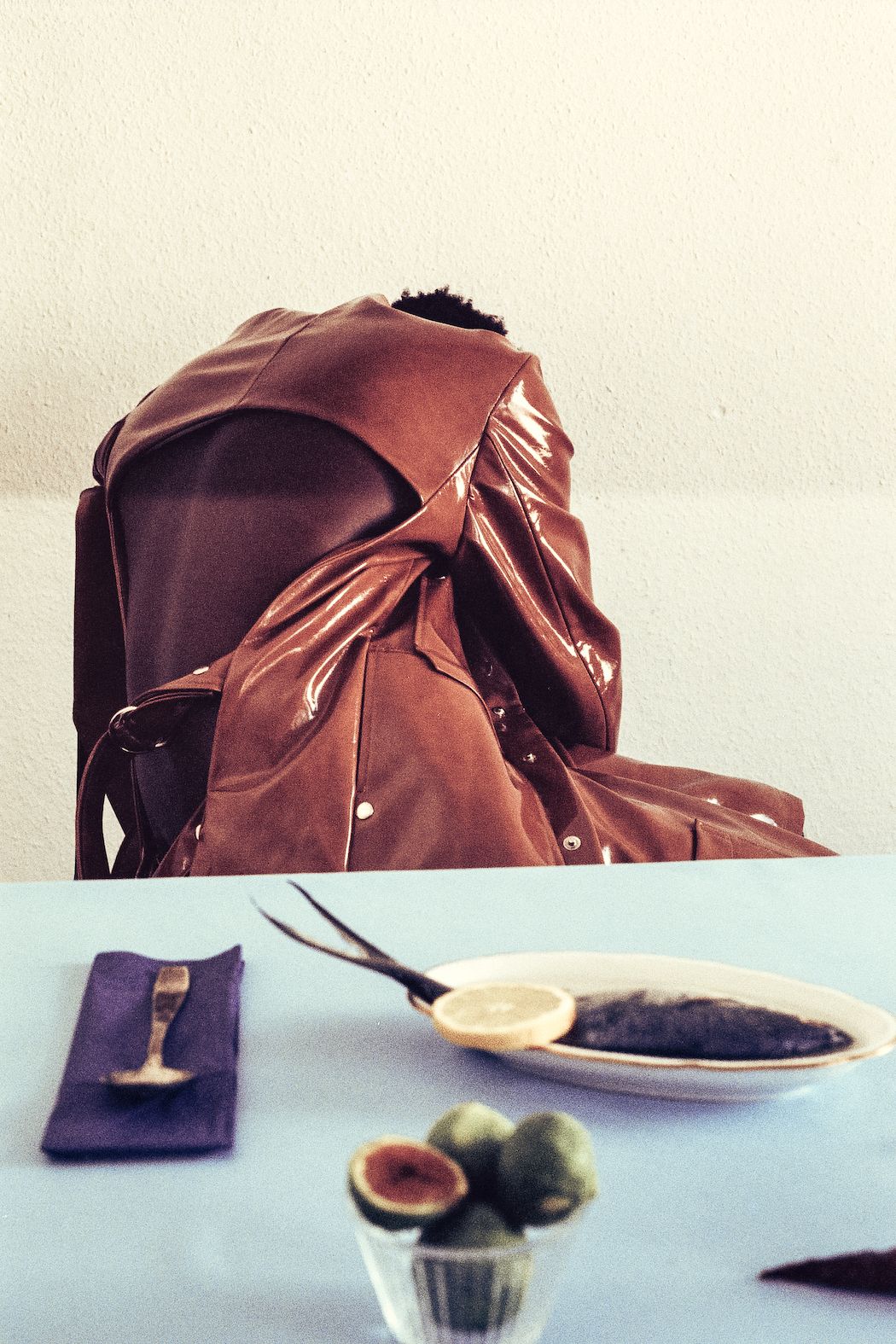 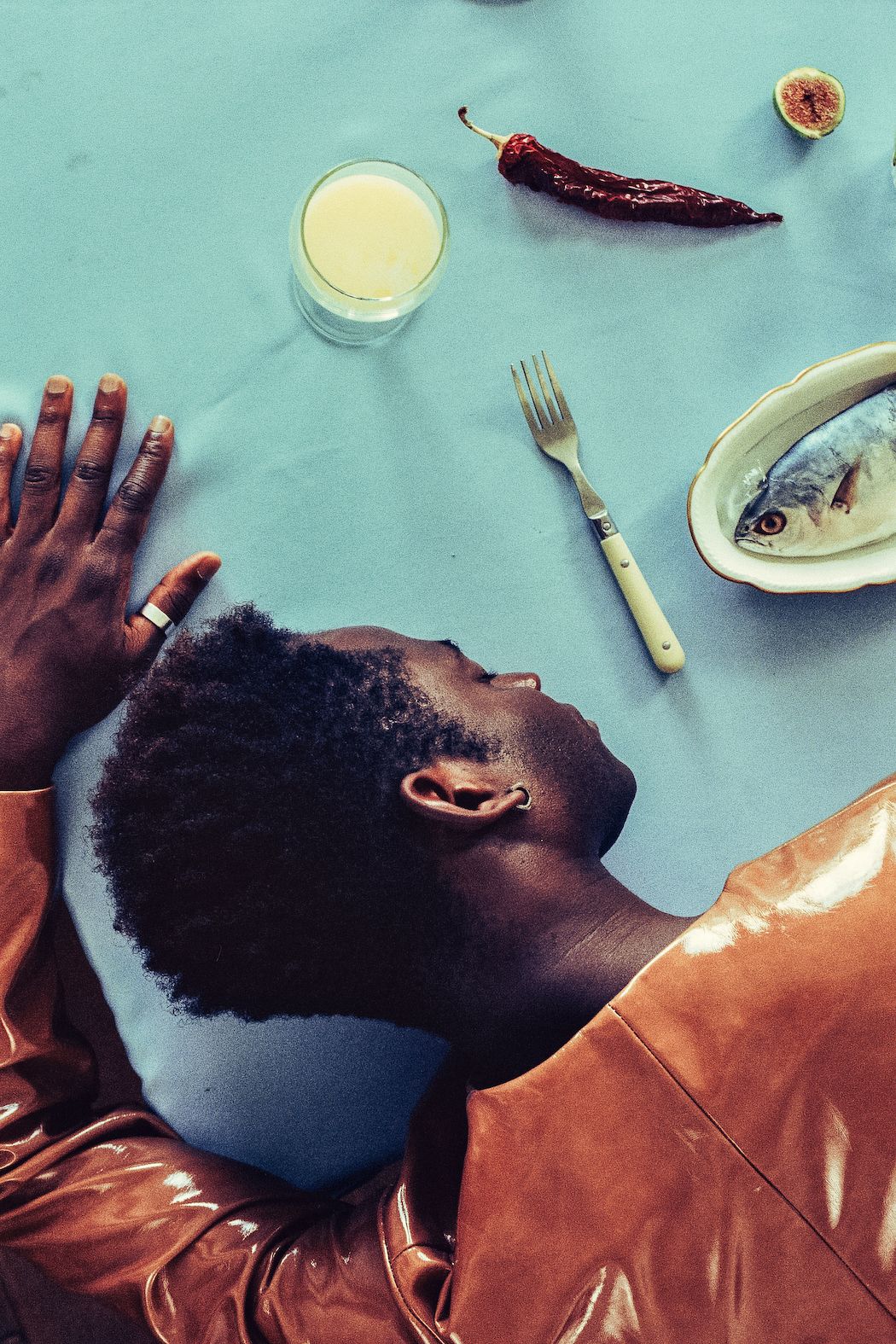 KALTBLUT: And from what I understood from both the track, your other recent releases and the video, your work seems to be a big collaboration process. How does that process work? Is it the same input by everyone, or do you have a general mood board of what you want it to look like, and then everyone just pitches in?

Wayne: The way I work with people is so strange. That was, and is, something where I’m still trying to improve myself. I tend to set the tone without being bossy and commanding people to do as I say, but because I know the music and the set way of expression.

And the other thing I have with Darius is that we talk a lot. I always try to express the underlying poetical themes, just like in the track ‘Lost In The Moment’. I always try to explain what the theme really means to me. Same happened with ‘Equilibrium’, where I tried to express this notion of Yin and Yang at this moment where you wake up, look at the world and it’s in total chaos. All those horrible things you see in the news at the moment, such as Corona, and it puts you in this kind-of serene, super calm state. There’s so much beauty in that state and that sort of balance is what ‘Equilibrium’ means to me.

KALTBLUT: You’ve already briefly mentioned the pandemic. How does not being able to play affect your creativity, and has it somehow changed your approach to music?

Wayne: It makes me moody. I have bumping emotions, ups and downs because I feel like I’m not able to release this fixed gridded dish that is inside and needs to speak out and exist. And that’s been a bit difficult at times. I mean I went boxing today with friends just ‘cause we’re trying to get through this together. (laughs)

I mean, for some artists this crisis has had a big financial impact and I think if you’ve been doing what you’re doing for ages and now you just can’t. There’s a lot to say about the current situation. It’s awkward and we’re trying to deal with it because that’s what life is. 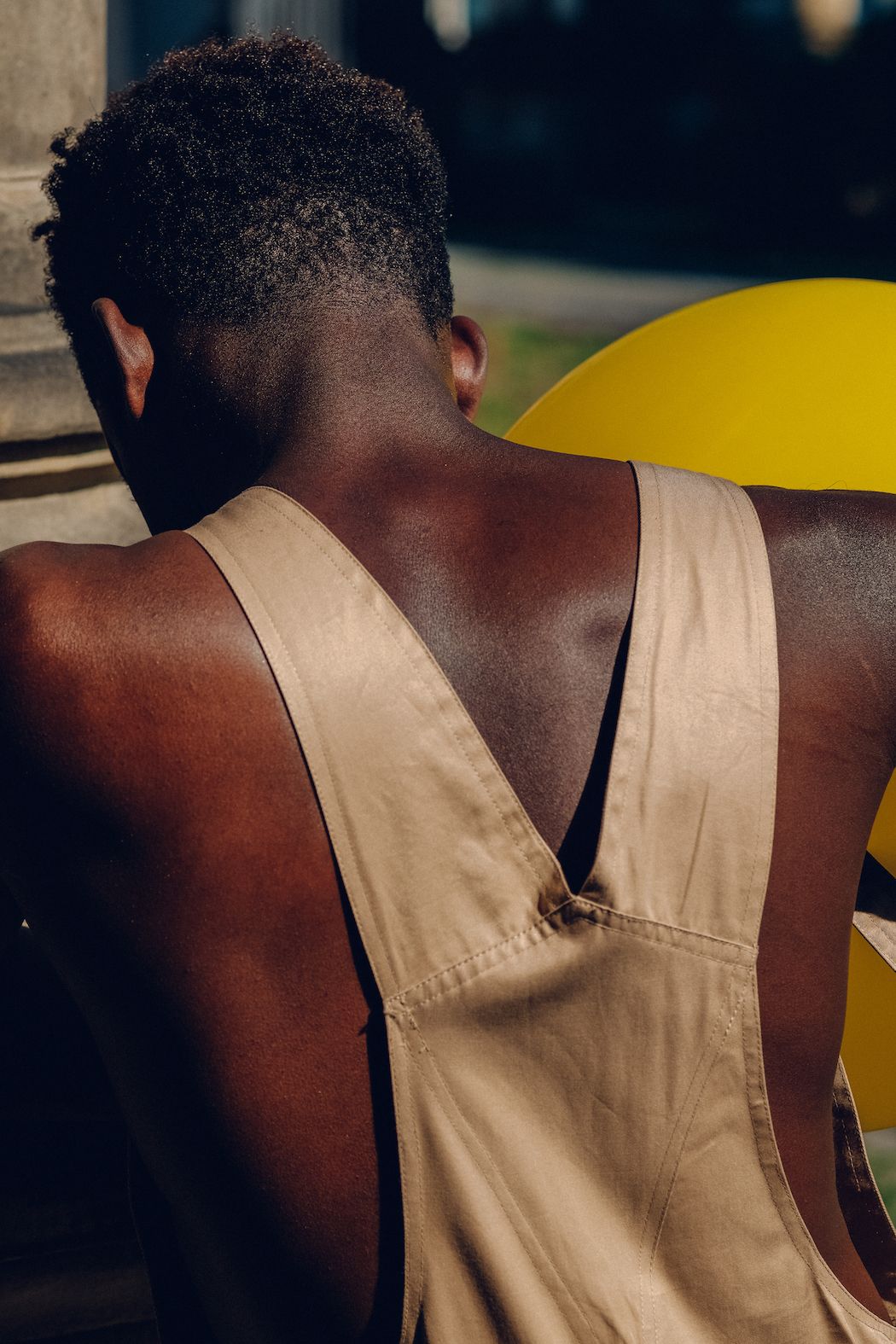 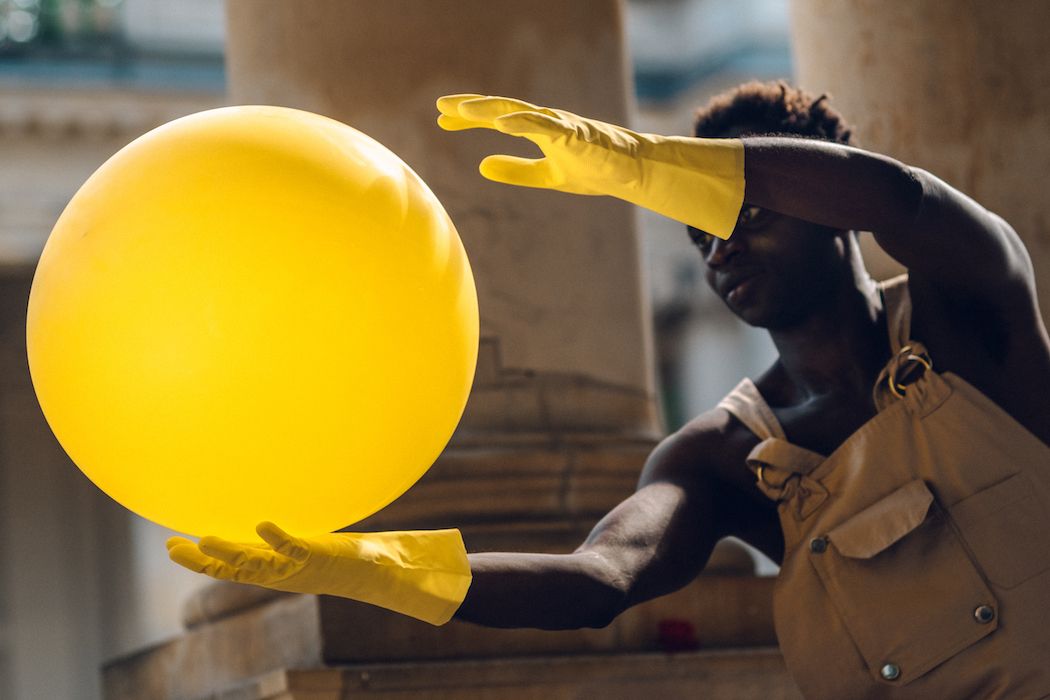 KALTBLUT: And how do you think the music industry is gonna look like in a year? Let’s say the vaccine is here and everything is slowly starting to reopen. Do you think we’re going to go straight back to what we’ve been like, 2019? Or do you think there’ll be a completely new music scene/industry?

Wayne: The streaming and distribution part of the industry is doing pretty well. Even before the second lockdown in Berlin, I heard that loads of Vinyl have been sold. People see quality music because maybe they’re starting to understand how shitty some sounds are and they would like to invest into more quality. It has also pressed the pause button for some businesses, so when things will become normal, many organisations will stay closed, such as so many festivals and clubs.

One other thing is those good musicians, genuinely talented people will be a lot more visible after this pandemic.

Wayne: Because now we’re being forced to take a break. Before we didn’t really care about the person playing next to us, because there was so much noise. But now, as soon as things get back to normal when you see someone on the stage, you want to see some people who hit the right key.

And my impression in Berlin is that I’ve been connected to some very talented musicians, who have this jazz-background. Whereas before the pandemic, it was more about producers who weren’t musicians, but music lovers. 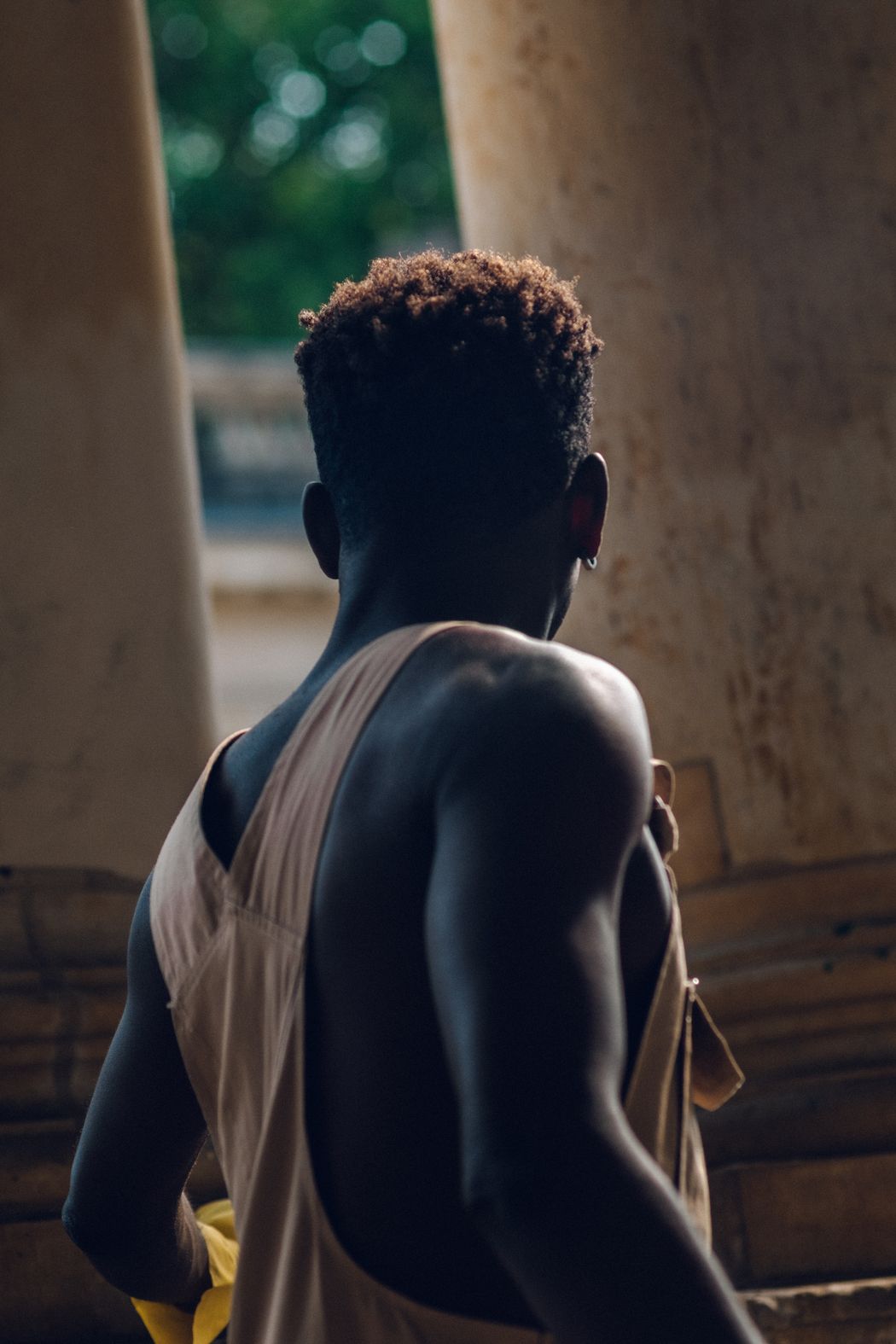 KALTBLUT: When it comes to your own influences or inspirations, what artists would you describe as your main influences that have shaped your sound?

Wayne: I have so many. So yesterday, I was listening to Voodoo by D’Angelo and I won’t lie, it’s amazing how you can capture something from the time back then that sounds still relevant. Then, of course, Marvin Gaye’s nice old-school coolness. And then, even though I rarely mention it, I listen to a lot of 70s, like Paul Rodgers, Jim Morrison and sometimes even crazier stuff like King Crimson. I don’t really mention those influences, though, ‘cause I feel they’re quite obvious.

I am from Nigeria, and what I carry as a Nigerian is this capacity to just explore and check out things, I’m curious about everything. And that huge curiosity is that African gift I have, not giving a shit as long as it’s groovy, you feel your head banging and there’s emotion there.