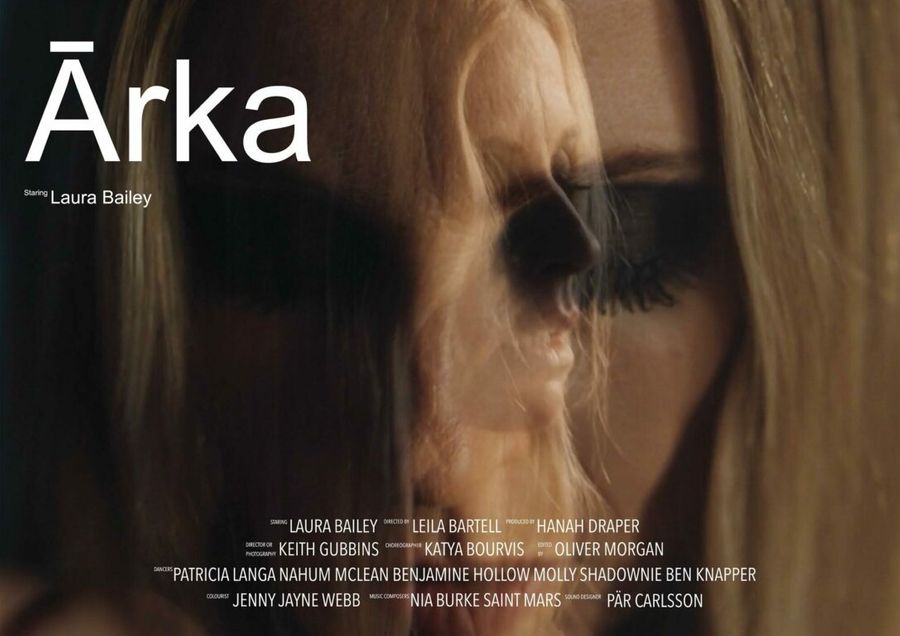 Ārka is an art film featuring Laura Bailey, directed by London-based director + painter Leila Bartell! “A visceral exploration of one’s consciousness, this film dives into the head of a timeless heroine. We witness the torment caused by a contradiction between the mind and the soul, and the formation of her infinite being. Inspired by the idea of transcending one’s inner limitations and written with Laura Bailey in mind, the character in our film has the intensity and strong presence that Laura naturally possesses, and this is echoed powerfully in her performance. ” via kinoshortfilm.com

Leila Bartell is a London-based film director and visual artist. Her work is influenced by her dual Western and Middle Eastern heritage, in addition to the diverse cities and cultures she has lived in as a child and adult.

Predominantly exploring existential states and their underlying, sometimes invisible dynamics, Leila often uses other art forms to convey her messages, such as contemporary dance and music to support stories of empowerment and redemption told in a sober way.

Her new art film, Ārka, fronted by Laura Bailey, is inspired by the idea of transcending one’s inner limitations, while Rebirth offers a look into one’s experience when torn between what one is and what one is expected to be.