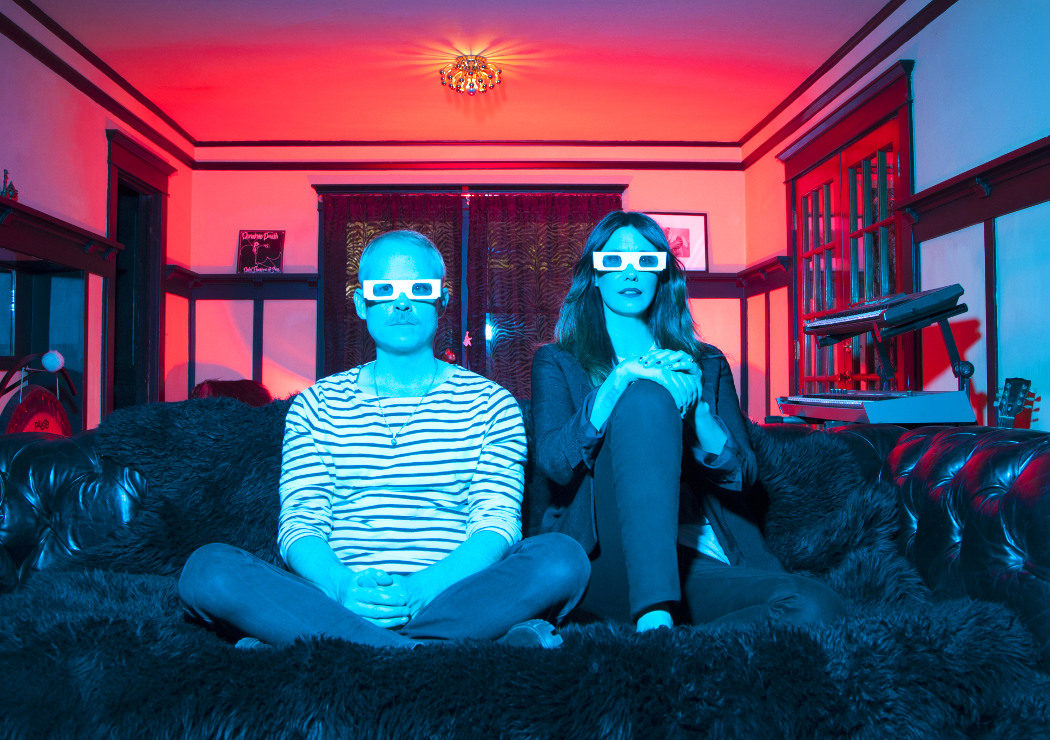 Someday Over the RAINBOW ARABIA

An interview  by Nadia Says. Rainbow Arabia electronic duo Tiffany & Danny Preston are back after three years since FM Sushi with L.A. Heatbreak, a full album also on the label Kompakt. The LP was released a couple of weeks ago, with a video and a tour coming up soon. In the meantime, read Danny’s words below, and let us know which new track you like the most for a chance to win a signed CD to pick up at one of our fav Berlin spots, Barbie Deinhof.

KB: Tell us how you get inspired.
RA: Traveling can be very inspiring especially when visiting places like New Orleans and Mexico City, and meeting new people. We worked on writing songs with more structure and melody this time and finding a balance between pop and a cool vibe. We have gone through times where we work songs to death and get nowhere, and then other times things just come out right. This time our struggles in life and our relationship pushed the songs to where they are.

KB: Would you say this new album is lighter or heavier than your previous work?
RA: The music is definitely brighter and more upbeat but the lyrics can be dark at times. We’ve been going through tough times together, and this city can be a struggle, but we still love it and each other. Los Angeles right now is going through huge heartbreak with our new president. So, the title is very appropriate.

We are lucky to live in L.A., especially being in Echo Park. The people and the community are very progressive and creative; tons of great music and art is happening here. We are lucky to have bought a house back in 1997 when home prices were a fraction of what they are today. Keep in mind our neighborhood was very rough back then, but now it is the artist epicenter of L.A. Plus California has some of the most beautiful landscapes in the world with the mountains, desert and ocean all within an hour’s drive. These places can brighten your spirits and soul.

KB: Do you think this will change?
RA: With the horrifying results of this election, it’s uncertain where things are going for this country, but at least we live in California. All the California ballots measures this year were very progressive, from legalizing weed and setting stricter gun control laws. I cannot imagine living in any of the Midwest states where our views are completely opposite. We felt we had to express ourselves about the elections results by participating in protests; we were on the front lines when the march headed onto the Hollywood freeway the day after the results. The city seems very united on this issue. You can feel people’s anger but it is still expressed with love, compassion and unity.

KB: And there’s still amazing nature around!
RA: Yes… We just finished shooting our new video up in the High Desert (Barstow, Apple Valley, CA). I think it’s going to be really awesome. We had a great time shooting out there. The people out that way have a vibe all in itself. Very rural, small town way of living, but with this desert magic that I can’t quite explain.

KB: And how is the release going so far?
RA: We just played a record release show at a cool DIY space here in L.A. called Non Plus Ultra. It was an amazing line-up with R.R. Barbados (Rob of High Places) and Katiee (Katiee of Young People). Both were such inspiring sets. I think Katiee is my favorite band right now. So good live. We have another show on December 5th at The Echo in L.A. We plan to tour on the West coast, like San Francisco, Portland, Seattle, in the beginning of 2017, and start working on a spring tour in the US and Europe.

KB: Do you have good memories touring?
RA: Some of our most memorable shows were in Moscow and Brazil, we would really love to visit Brazil again, and maybe Argentina or Chile. There was something really special about our first tour in the US back in 2009. We brought our own sound system and played all DIY venues across the country with some shows being booked spontaneously on the road. We met so many awesome people and were in touch with the underground scenes of so many cities. We definitely need to do that again.