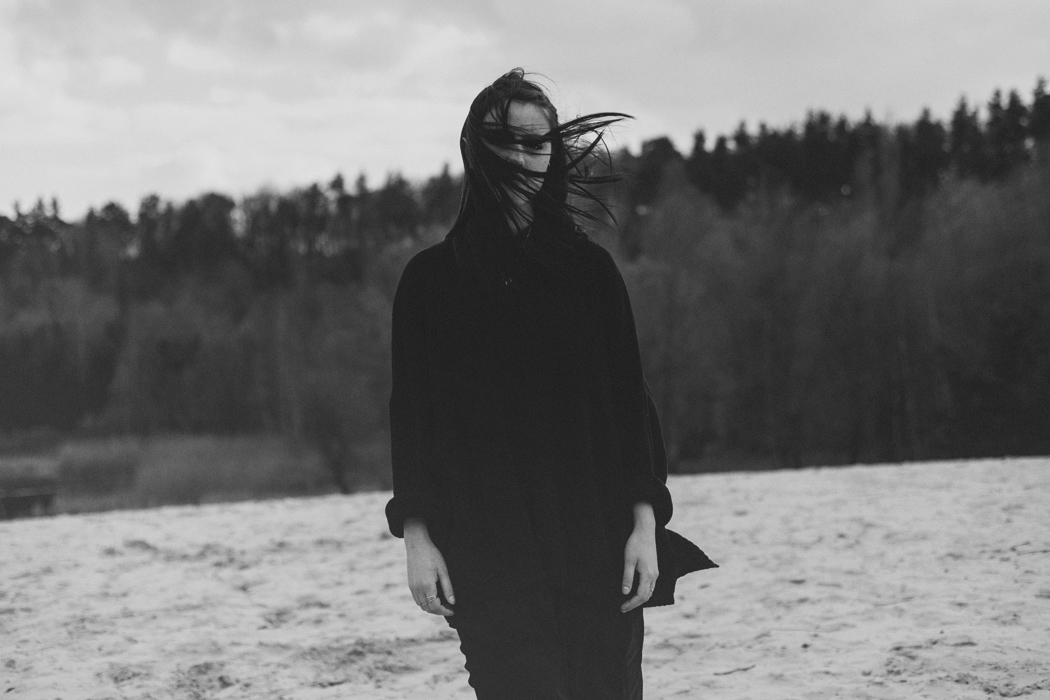 Sound of the Week: An interview with Adna

Some people don’t realise their talent until later on in life. Others are fortunate enough to discover it in the first few years. Then there are some who are slicker than the average and discover their talent in their teens – Adna is lucky enough to be in this category. At only 20 she’s mastered her own style of songwriting, had her music featured on several TV shows and shared the same stage as Martin Sheen. Specialising in haunting folk-pop, Adna’s now on a roll with her new album ‘Run, Lucifer’, soon to be released this month. Originally from near Gothenburg, Adna has moved to Berlin – KALTBLUT had a chance to find out what she’s been up to recently.

KALTBLUT: You moved over to Berlin from Sweden not long ago, how have you found living here?

Adna: Yeah I’ve been here for nearly a year now, I love it!

KALTBLUT: Do you miss home?

Adna: Nope, not really! [Laughs] I think I’ll stay here for a few years and just see what happens.

KALTBLUT: Do you enjoy the music scene here?

Adna: Yeah I mean I’ve not really been to big clubs a lot here, I really enjoy hanging out with my friends. I like the culture here, I like what I see. Of course I like going out and dancing, it’s just not every day that I want to do it.

KALTBLUT: Did you think your music would be this well received when you came over?

Adna: The reason I came to Berlin wasn’t really like, “I’m going to make it big here”, my home town becomes quite small in the end. There are so many rules and everyone knows you and what you’re doing, even though I grew up in Gothenburg which is quite a big city. So when I came here I didn’t want to have any connection or relation to the city. I wanted to do whatever I wanted to. I guess it’s just what I needed. I had a few friends here already, but I didn’t know many people before I moved over. 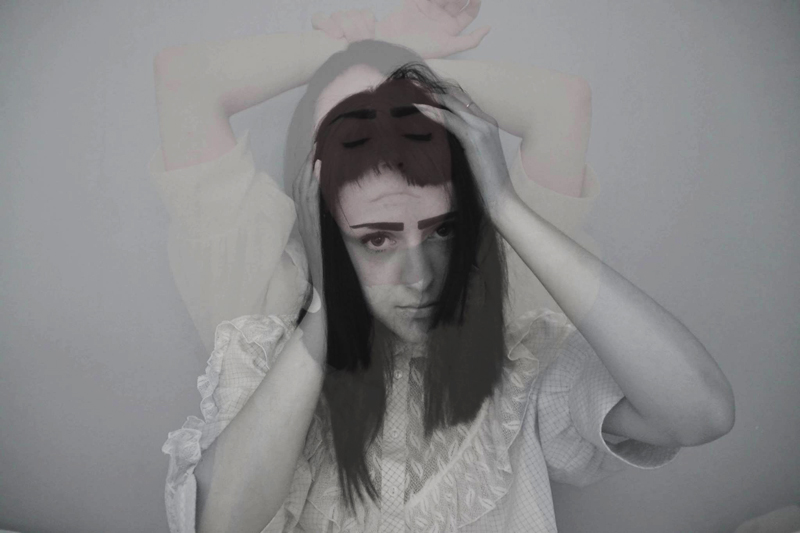 KALTBLUT: Would you say the city has altered your music at all?

Adna: Yes and no. I feel like I’ve become more independant and I’ve grown up, the music has grown up too. In that way yes, otherwise not really because I’ve always had so much music in my head anyway.

KALTBLUT: Have you always been a solo artist?

Adna: Yeah, I went to music high school in Sweden but I was very shy so I never really worked with anyone else. And when the record company approached me I was surprised, I was like “Shit, why?” [Laughs] We talked for like six months and when I turned 18 I signed a contract and began recording my first EP.

KALTBLUT: What is the story behind your debut album ‘Night’?

Adna: I think it’s the story that’s been told, there’s no reason really. I decided to make a full album when I was 16/17 or something, and I’d written so many songs. I like working with a concept, like having a theme for a record but I was just writing whatever when I was 17. And nothing was really put together properly. We had a studio that cost so much money and I felt so pressured at that age. I stayed up like five and six nights at a time. I was basically just improvising. It was also quite nice though because I was feeling a bit weird. I do actually like working better at night, mainly because I never had time in the day because of school. Then I’d have to study and work. I studied freelancing when I was 18, the day was too short. So now it’s like the way I know how to work. Now I really like it, because it’s so calm and quiet.

KALTBLUT: What or who are you influenced by?

Adna: I listen to a lot of different music. Anything that makes me feel something, I love it. I think you can be inspired by everything, you don’t need to purposely look for it. If I feel like there’s nothing to write about then there’s no current inspiration. I feel stressed, or mad. Sometimes I feel like I have days where I want to do nothing, then others I want to do everything. Sometimes I need a schedule!

KALTBLUT: Did you have a musical upbringing?

Adna: I was really bullied as a kid, it was really bad. But then when I started fourth grade we got this letter home saying to apply for this music school, and my mum basically said it would be good to get away from the old school and start something new. I was like “Shit, I’ve never sang in my life!”. But I applied, I got in and was at that school for six years. I sang a lot and learned things like music theory. It was really good, but the thing was that when I finished I didn’t take it very seriously because I didn’t really care so much about what I was doing. So then when I had to apply to high school I didn’t really know what to do, but then this option of music high school happened and I decided to apply for it. It’s kind of nice too that my parents don’t have much of a musical background because I don’t really feel much pressure.

KALTBLUT: In comparison to the names of your songs the sound of your music is quite gentle, was this deliberate?

Adna: I don’t know really, it just kind of happened. I don’t like to analyse the creative process too much, because if I get too aware of what I’m doing and overthink it then I don’t think it would be so true. I didn’t really have a reason for the titles on the album. Music is art, it’s just a way of expression. If I do it I’m going to do it 100%. Sometimes it’ll be done for affect.

KALTBLUT: What has been most challenging when creating your songs?

Adna: I mean I don’t think it’s that challenging because I do everything by myself. From the writing to the recording to producing. So that’s my own decision to do. But I guess I’m an extremely nervous person. I get nervous about what the label is going to think about my songs. That’s the big challenge I guess. We’re really close though, which is the way I like to work. Knowing that they want the same thing I do and I’m not given so much pressure because I get to work at my own pace.

KALTBLUT: Have you played anywhere recently?

Adna: I played in Berlin a few weeks ago. It was really fun. I thought I was going to puke. [Laughs] I was so nervous! But it was really nice. The crowd was really nice. The atmosphere was great. In Vienna before that I was super shitty nervous. There’s this one song from the new record that I arranged with camera sounds instead of just using drums, like the shutter noise, and then at the front row there were so many photographers during that song that kept taking pictures. And I was just stood there on the stage thinking like “This goes so well with the record!” and at the end I kept thinking “Okay, don’t say it, don’t say it”, but then I just had to. “Let me tell you a story… “. Everyone looked so confused but then they just started laughing and I was like a tomato in the face. Right in front of all the photographers as well. Especially one of them was almost on stage with their camera, and he kept apologising to me, and I just kept saying “It’s okay, it’s super cool”. So yeah it’s those types of situations where I think I should just not speak. 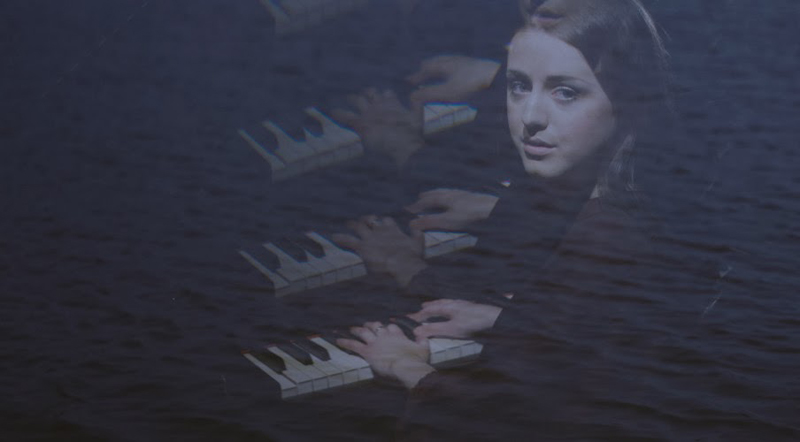 KALTBLUT: What can we expect from your ‘Run, Lucifer’ album?

Adna: I think it’s like more grown up compared to my last music. It’s the same genre I think. On the first record it was more like figuring out my vocals and what I can do. And now I’ve used some more electronic stuff and experimented with my vocal range. 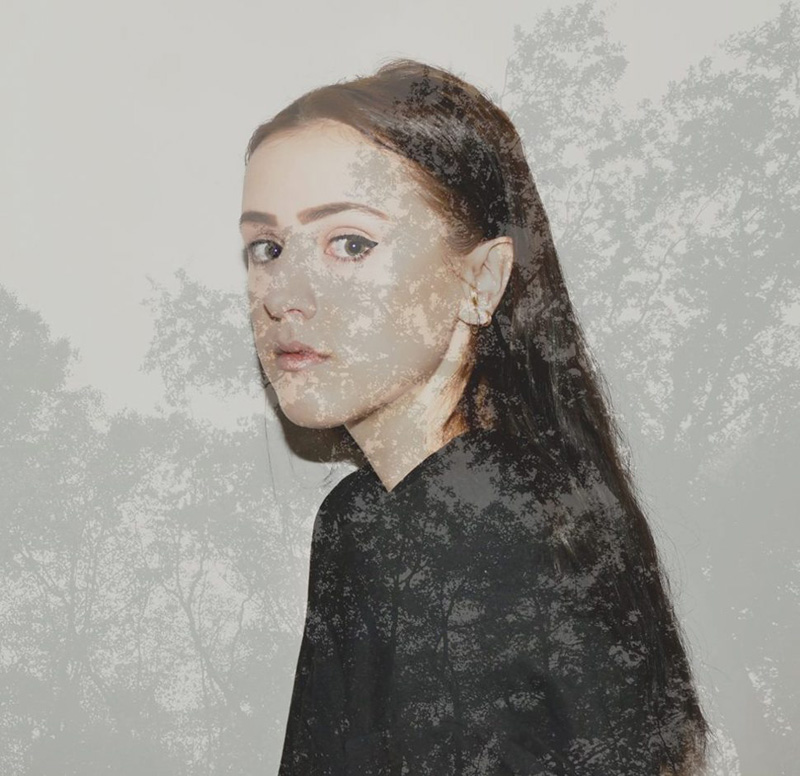