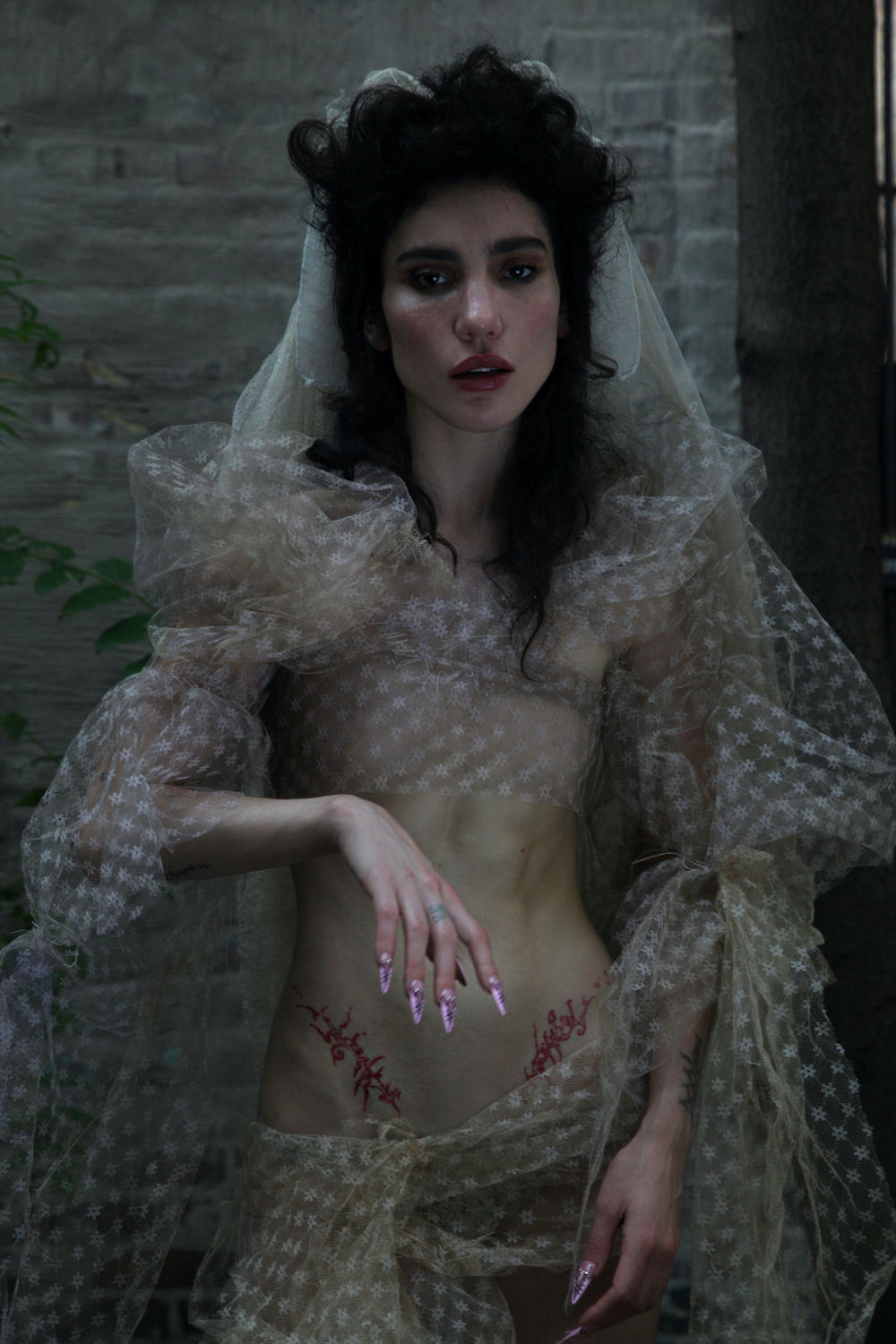 Sound Of The Week: Daniela Lalita

Today Daniela Lalita announces the details of her debut EP Trececerotres, due out September 16th on Young. A direct reference to the apartment – 1303 – in Peru where Lalita grew up with her mother and grandmother, Trececerotres is rooted in magic, ritual, healing and the matrilineal relationship. The five-song EP features the previously released single “Tenía Razón” and Lalita’s newest single “No Para.” Premiering today via a music video directed by Bradley & Pablo, “No Para” sees Lalita dressed in her own hand-sewn garments, reenacting a ritual she performed months prior in the same area. The video is shot at 16,000 ft. above sea level, during sub-zero temperatures, atop of the “Mirador De Los Volcanes” (viewpoint of the volcanoes) in Arequipa, Peru, the city that shaped her grandmother’s worldview.

A few months before we shot the music video, I performed a ritual with a couple of friends who live in the valley and they guided me through the process- it was transformative. What one typically does after burying the offering is build a pile of rocks directly on top of it, this is called an “apacheta”. It was during this trip, on our way to the valley, that we stopped by the highest area in Arequipa, the “Mirador de los Volcanes”, where one is surrounded by the three main volcanoes and the air is so thin and cold it is almost unbreathable. People come from all around the world to make their offerings and build their “apachetas” in front of the volcanoes. There are about a million of these apachetas, an endless view of piles of rocks which represent people’s prayers and offerings. It is a sacred place where these stone altars have been built for thousands of years- it is like a sanctuary. For the music video we re-enacted that ceremony offering and burying an art piece that was made with this intention in mind by my good friend and artist Paul Gondry.

Every song on Trececerotres feels like a different mode of ancestral channelling. The Peruvian creative – whose practice spans music, costume design, film, performance and fine art – stretches her voice into raw guttural depths, reaching brutally emotional heights throughout the record to startling effect. A testament to a childhood talent of learning to do different voices for TV commercials as her first job, Lalita’s vocal distortions mesh together with drums, gnashing electronica and esoteric glossolalia to craft a sound both modern and mystical. Working with the Buchla synth Lalita found a world without limitations of traditional scales, the instrument provided boundless experimentation for the artist whose practice of recording and layering vocals were implemented in the production of Trececerotres to craft a multiplicity of sonic worlds.

In the fall of 2017, Daniela Lalita debuted a performance art piece titled Madre: A Disruptive Environment. Critically acclaimed by Dazed, Office Magazine, i-D and Tunica Studio, the performance was a prominent display of the intersection of Lalita’s artistry, featuring nine figures draped in elaborate costumes and elaborate prosthetics each representative of the Jungian archetypes of the mother. While visual art, sculpture and couture were the mediums of art in which Lalita first presented her vision to the world, Madre provided the introductory environment for Lalita’s musical sound to take shape; the sound we hear on her debut EP.

Alongside the Trececerotres announcement, Lalita has launched her website: http://danielalalita.com. On loop is Lalita in a small crowded room surrounded by her most intimate belongings. Locked there over the course of several hours the video is a performance piece that sees Lalita reenacting the type of isolation she previously explored for the making of her EP, as a means to evoke multidimensional mental states; a multiplicity that comes to life via her multi-hyphenate work. Highly inspired by alternate reality games and with the intention of creating a space of profound, almost invasive intimacy, in this three-hour performance you witness her hands-on process, which will soon materialize into a line of garments constructed entirely out of the materials used in the video for “Tenía Razón.”