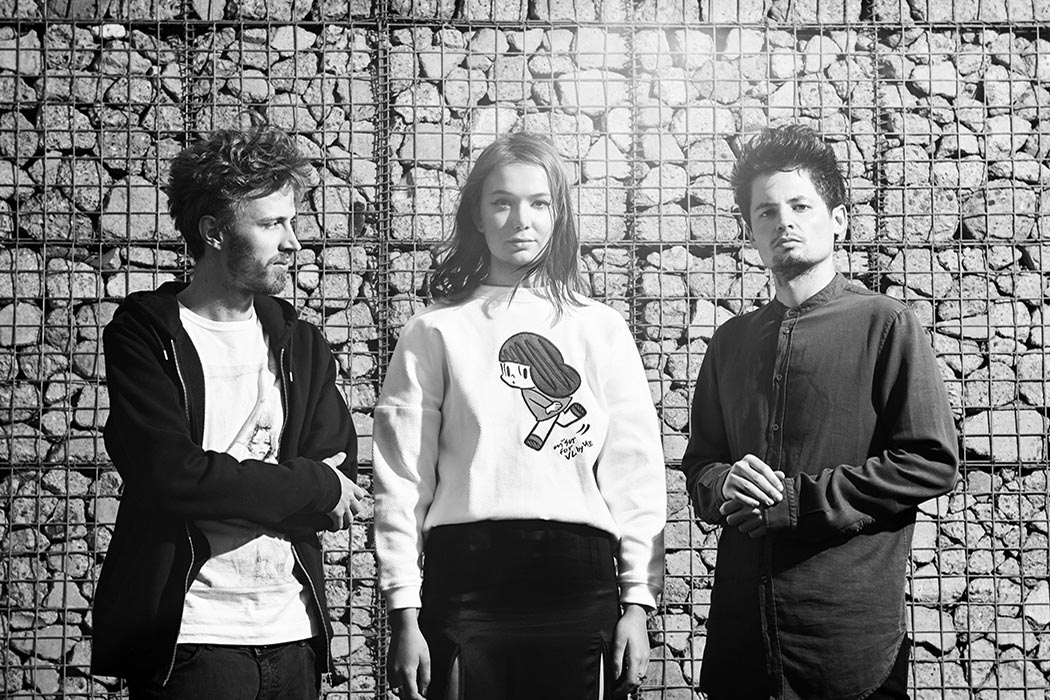 Sound of the Week: Kafka Tamura

Kafka Tamura have been quietly stirring a blog buzz since their debut EP release ‘Somewhere Else’. The Indie-Pop Trio formed in 2012, when Patrick and Gabriel stumbled upon the Soundcloud musings of Emma. A few emails later, they began to throw vocal files from England to Germany and the first song ideas were born. Taking on the name of a Japanese tale, the threesome take us on a journey of dream and reality by mixing the two in their own distinct way using airy synths and concrete beats. This year they are set to release their debut album ‘Nothing To Everyone’ on August 14th via Lightproofness Records. KALTBLUT caught up with Kafka Tamura during their tour!

KATBLUT: How did Kafka Tamura begin?
Kafka Tamura: We met on Soundcloud back in 2012. I had some demos online, just me and a guitar. I got the message from Patrick and Gabi a couple of months after joining. We Skyped and wrote emails a lot, this was how we first started to get to know each other.

KALTBLUT: How did you find making music having not met in person when you first began?
Kafka Tamura: For me it didn’t really feel too strange because I’d never been in a band before, so I’d never experienced any other way of writing songs. It still feels pretty natural.

KALTBLUT: Did this all change when you finally met up?
Kafka Tamura: The first time we met each other offline was the time we shot our music video to ‘Somewhere Else’. It was a pretty intense time for all of us and I know how nervous I was. 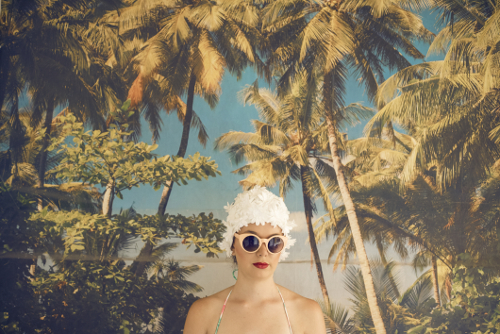 KALTBLUT: With different cultural backgrounds, how do you find creating music together?
Kafka Tamura: For me, there is nothing about our different cultures that holds us back. Our music as a whole is quite unique I think, and I don’t think this would be the same if we were all from one place.

KALTBLUT: Is it an easy process or does it prove challenging?
Kafka Tamura: I find the song writing process very normal. I wasn’t in any band before Kafka Tamura and so I’ve never experienced another way of writing in a band.

KALTBLUT: What is the story behind your name?
Kafka Tamura: Our name comes from the book ‘Kafka On The Shore’, by Haruki Murakami. Kafka Tamura is a character in the book and Patrick was the one to find traits in this character that could be translated to us. I think to properly understand, you need to read the book!

KALTBLUT: Did you think you’d get such a big reaction after the release of ‘Somewhere Else’ and its video?
Kafka Tamura: I always had faith in the song and the video, both I loved right from the start. But I never expected such a reaction, and so quickly after we released the song. It was crazy.

KALTBLUT: Your debut album is out really soon, what can we expect from it?
Kafka Tamura: I think ‘Somewhere Else’ and ‘No Hope’ are a good reference for the sound of the album. Although we kept a lot of variety amongst the songs, no song is so super different from the other. Everything sounds like Kafka Tamura.

KALTBLUT: I love the video for ‘No Hope’! How was shooting for it? What gave you the idea for it?
Kafka Tamura: From the start we’ve been working very closely with friends of Patrick and Gabi, our director Maurice and our cinematographer Julia. They come up with the story lines and without them none of it would have been possible. The shooting for the ‘No Hope’ video was great fun. I loved dressing as a queen and the wig I got the wear was beautiful. It was also great to watch Patrick and Gabi’s horse scenes. I can’t speak for them, but I know they had a lot of fun too.

KALTBLUT: You’re on tour at the moment, have you had any surreal moments on the road?
Kafka Tamura: One really crazy moment was the day we were supposed to open for Milky Chance in Zurich in front of 3000 people. We played in Lyon the night before and we heard that the vacation in France just started so we left quite early because we expected some heavy traffic, but it turned out that our whole journey should become one long traffic jam that took over 10 hours. The worst moment was when we were standing in the middle of nowhere in a snowy forest in Switzerland (we tried to avoid the traffic jam on the motorway) and the road just ended. We were looking at each other and didn’t know what to say. Everyone was thinking the same: ”Okay that’s it, we’re not gonna make it”. I don’t know how we did it but with a lot of luck we arrived one hour before showtime. The doors were already open when we set up our stuff on stage, but we were glad that we finally made it. If you think that was the end – nope! Because it was the last show of our european tour the technicians thought that they needed to be funny. They put a banana in the microphone stand instead of a microphone. So imagine, after 10 hours of crazy driving, a quick soundcheck, you go on stage, you stand in front of 3000 people and there is a banana in your microphone stand. Funny day!

KALTBLUT: Where are you planning on playing after Germany this September?
Kafka Tamura: We have some shows lined up in Switzerland and Austria. Festivals dates will be announced on our Facebook page in the near future.

KALTBLUT: What is next for Kafka Tamura?
Kafka Tamura: The release of our album is an exciting step for us! We worked so hard since the beginning on our album and we can’t wait to share it with everyone!

You can pre order ‘Nothing To Everyone’ here! 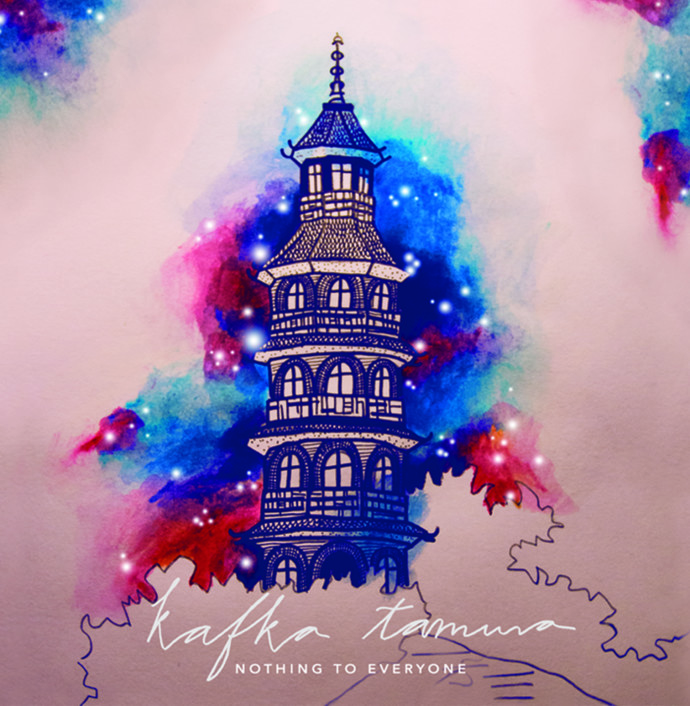