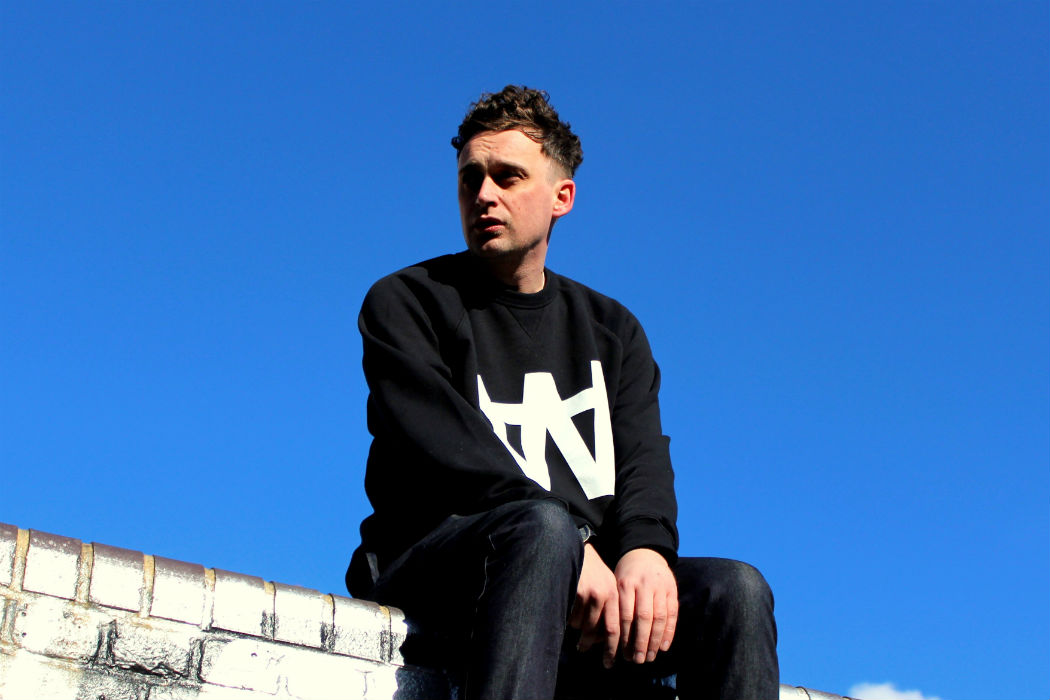 Sound of the Week: Lone

Lone AKA Matt Cutler returns to R&S with his sixth album ‘Levitate’ – which marks a point of departure from the inviting warmth of ‘Reality Testing’s blend of hip hop and house – the listener is taken on a rapid joy ride through breakbeats that at times will leave them gasping. But the experience is completed only by seeing Lone interpret his own music in the flesh. His live set weaves the best and brightest of his entire discography into an audio-visual tapestry, gilded by visual artist Konx-om-Pax and live drummer Chris Boot. KALTBLUT spoke to the boundary-pushing artist during his time in Berlin about the recent decline in UK nightlife, rave culture and the new album.

KALTBLUT: Your new album has lent towards a late 80s / early 90s rave sound compared to some your earlier work, what drove you towards this?
Lone: Well all of the early rave and jungle stuff is something I’ve listened to as a kid basically so, it wasn’t trying to be about a revival or anything like that, it’s just the music that has come so naturally to me. Just to work within those sort of BPMs and stuff so yeah, I’ve not put out anything that fast yet so I just wanted to see if I could do it basically.It was a bit of a challenge for myself.

KALTBLUT: The whole album is definitely non-stop, from start to finish
Lone: Yeah, definitely! I guess the last track is pretty chilled out so that’s kind of a reaction to that as a whole. I just wanted to move away and keep myself interested with something different. It’s the only motivation really is to keep myself busy with something I haven’t done before.

KALTBLUT: Would you say that there is a general revival in rave culture at the moment? Or is it just the music rather than the overall movement?
Lone: I can’t really say because the only time I’m really going out is when I’m playing, but from what I hear a lot of clubs are closing down in London and places where I am so it sounds pretty bad really. I don’t really know about the early rave influences though, I think they’ve always been in the background, people like Zomby especially are still involved in them. It’s just ingrained in lots of people’s brains basically. It’ll always be around in some way.

KALTBLUT: Is the album maybe a response to the clubs and nightlife dying out in the UK?
Lone: Not really, this album is nothing to do with clubs really. I just made it for something at home and to do live shows with it, especially that we have a drummer now. It was more about that than an actual club environment. I couldn’t imagine any DJ playing this stuff out!

KALTBLUT: Coming from Nottingham, a city pretty notorious for its nightlife, did you experience much of the club culture firsthand?
Lone: I didn’t really go out properly until I was maybe 19, I was never really that bothered. I’ve got some friends though that are still doing stuff there. Especially when dubstep first hit there was loads of stuff going on in Nottingham, and they’ve still got wicked stuff going on now. When I go back it’s pretty cool.

KALTBLUT: Do you get the chance to experience the nightlife again when you visit?
Lone: Yeah, there’s a guy called Lukas Wigflex who does a night there and they’re always amazing. There’s always a really good lineup. 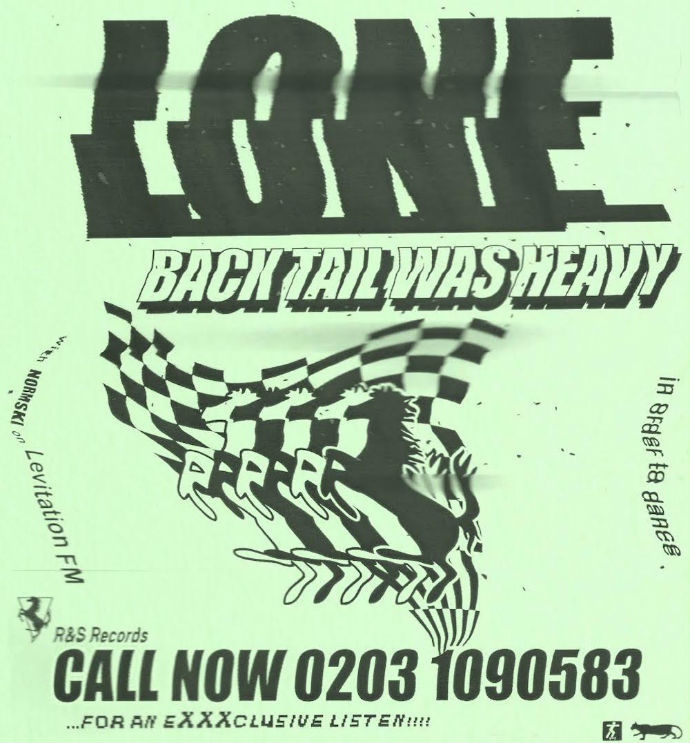 KALTBLUT: So now with the new drummer involved when performing, is there an entirely new live setup too?
Lone: Yeah, Konx-om-Pax who does my visuals is with me live, so in total it’s three on stage. The new drummer is called Chris and he’s phenomenal really, especially with the new fast tracks. It’s pretty full on, tons of energy.

KALTBLUT: That hotline idea, where you had to ring up to listen to ‘Backtail Was Heavy’ from the album, what was that about?
Lone: Well it was reminiscent of when you had to call up to find out where a rave was. We originally wanted to give out directions to a rave that doesn’t exist, but we thought some people might actually do it. But it would’ve been nice to do it! In the end it made more sense to make it a kind of pirate radio station.

KALTBLUT: I love the video to go with it as well, I definitely grew up around scally guys like that
Lone: Yeah, same! The decision wasn’t really down to me, the director Hugo [Jenkins] referenced a load of directors that I really liked, like Shane Meadows and Mike Leigh, so I just let him do what he liked really. I guess that track’s pretty rowdy so he just made something to reflect that. I kind of left it completely to him but I love the end result.

KALTBLUT: It’s pretty spot on for the track. I bet the guy is a softie in real life though
Lone: Oh not at all! He’s proper tough.

KALTBLUT: Back to your music production, where do you normally source your samples from?
Lone: Well I’m always on the lookout for things, like interesting bits of dialogue and and things like that. YouTube is good for that, or old videos.

KALTBLUT: I think video games have been mentioned around your sound too
Lone: Yeah yeah, but I’ve never actually sampled any before! I’ve kind of recreated some of the sounds though. But yeah, I’m kind of always on the lookout so I have lots of things I’ve collected, mainly from YouTube, that I wanted to use on this album but never had a chance to, and they all basically go into a big pile for later (laughs).

KALTBLUT: What types of videos are you even finding?
Lone: Just the most ridiculous things. I’ll end up going down a wormhole of stuff and have no idea why I’m watching it, but something will pop out and I’ll just think, “Shit I’ll save that”. But yeah, some of it gets used and some of it doesn’t. In terms of this album though, a lot the of old school drum breaks and beats I got from old records.

KALTBLUT: And vocals?
Lone: I guess there are more vocally, dialogue samples on it but it’s something I want to try soon. I’m building up to it.

KALTBLUT: Would you consider working with anyone else in a collaboration or another project soon?
Lone: Well looking into the future I’d like to get some MCs or rappers on the next album if possible. I wanted to get some involved on ‘Reality Testing’ too but it never happened.

KALTBLUT: And if it meant exploring abroad or another major city like LA?
Lone: Yeah definitely, if it meant we could hook up and make something work I’d be up for it. But I’ll be over there a lot this year touring after doing a few festivals in Europe. I just want to get back to making more tunes to be honest!

Levitate is out now via R&S 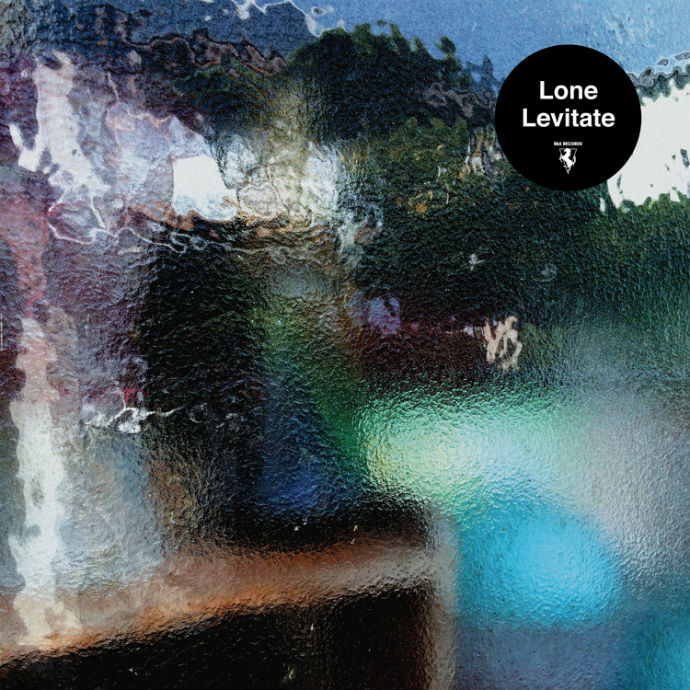