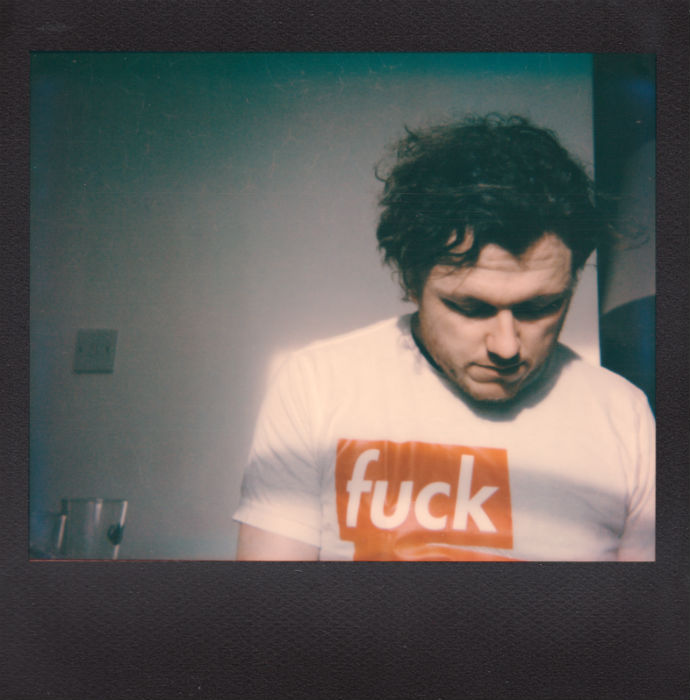 Sound of the Week: Model 86

Model 86 creates deliciously experimental music. And with his new EP titled, ‘When You Realise People Are Not One Dimensional Characters In A Movie Of Your Life’, you know it’s going to hit a nerve. Or five to be exact. Written over the past six months, the five track release bounces off the walls like nothing Manchester-born, London-based Matthew James Wilcock – the man behind the moniker – has done before. A kaleidoscope of weird and wonderful textures, the EP explores the nooks and crannies of experimental electronic, R&B, and contemporary hip-hop. KALTBLUT spoke to the genre-defying Mancunian about misplaced labels, pushing boundaries and previous reactions to his work.

KALTBLUT: What initially got you into music production?
I did Fine Art for a year, it was a bit of a weird time for me. I was pretty rebellious when I was 19 and clashed with my tutors. The only thing I could really do was leave the course, but I was already interested in music so it was okay. But up until that point I’d done visual art my whole life, music came in second.

KALTBLUT: That’s nice though, you had a bit of a back up plan. Were you hanging around people like-minded around that time too?
Well, I always liked making music but it was always something really small, and when I finished my exams back in school when I was 16 I found a new group of friends who were a tiny bit older who were making music, basically hip-hop. They did a lot of sampling. And I just remember thinking “Oh my God, they’re actually doing this and it sounds legit!”.My mind was blown, it was so different to anything I was hearing in Manchester. I just kind of latched onto those and we started making beats basically.

KALTBLUT: So when you started making your own music, where did you find most of your samples?
Well if there was actually a point where I started making music, it would be using samples from records. That kind of changed when I went to study music because it was a very contemporary course, so very 20th century electronics, very academic and experimental stuff. It kind of knocked me off the rails in terms of developing. It’s sometimes good for a musician to focus on a particular style, but I just went all over the place!

KALTBLUT: Well you are well known for your “genre-mashing”
Yeah, that’s something slightly annoying sometimes, as in my press releases and stuff, because it puts more people off than it attracts people. But that’s just something in my mind. I mean I’m already working on another release and I’m consciously not trying to test people, like I have been doing for the past year or so. Now it’s time to try and make something, I was going to saying enjoyable, but something more emotional and less ball-breaking maybe (laughs).

KALTBLUT: Well I guess it’s just accepting that your music is something that isn’t so much the “norm” and can be a little challenging, but it probably doesn’t help when you’ve got people describing it as “chaotic” and “uncomfortable”. My favourite was definitely “Cashmere Cat on Ketamin”.
(Laughs) That was my favourite one! It annoyed me that every single review at the moment, except the Cashmere Cat one, has used the word “schizophrenic”, and I’m pretty sure that sounds negative! But yeah, I guess people just picked up on that word a lot. So my new strategy is to make sure people like the music first, but within that create something like the artists that people compare me to who are more emotional. The last two releases have not done so well, for what I think should be well, although I had quite a bit of radio play for ‘Friend’ which was cool. So people tell me that’s good, but it’s kind of frustrating when you listen to other artists and it’s a lot more simple.

KALTBLUT: I guess it depends what you think success is, but I think even airtime is still an accomplishment
Yeah, especially thanks to some independent shows. I like the fact that this release is quite challenging, but even if I do manage to accomplish finding this middle ground in the future and pull people in, they’re going to look back at my work and think, “What the fuck?”. And I’m into that idea, and also the idea of pulling people in and messing with their expectations. I think that’s the balance I may have missed, it was too much the other way maybe.

KALTBLUT: Maybe people see the title of your EP (When You Realise People Are Not One Dimensional Characters In A Movie Of Your Life ) a little pessimistic too!
Well that’s not pessimistic actually, it’s like the feeling that I had when you’re walking down the street and you judge people, all of the time. It’s just what humans do I guess, just by whatever they’re wearing or their face, style. You describe this one dimensional character to people, but no one is like that. Everyone is insanely complicated, nothing’s ever black and white. That’s kind of what the title is eluding to. For me it was more inciteful, but it’s also this long, silly title at the same time (laughs). There’s been some comments about how it is, but I like that people can decipher it as they want to.

KALTBLUT: So what is your next step?
I’ve just been making another group of songs. I’m consciously working on using vocals so have just been chatting to some people, singers and rappers.

KALTBLUT: Do you work in a studio or at home?
Well I have a new studio, but I do work at home too. I actually mixed the last couple of releases somewhere else in Shoreditch, but I probably won’t be doing that again since I have the new place. It’s a bit of a privileged position I guess, sometimes I feel like I have it too easy in that sense (laughs). Sometimes I wish for the simpler days!

‘When You Realise People Are Not One Dimensional Characters In A Movie Of Your Life’ is out now!