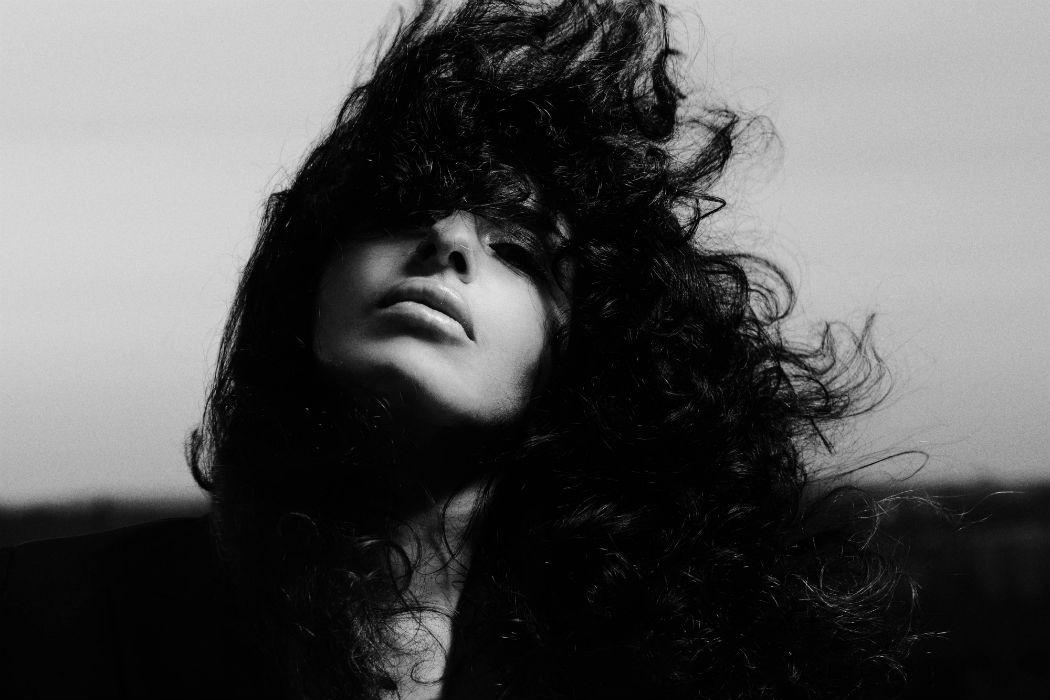 Sound of the Week: Nicole Moudaber

Nicole Moudaber is an event promoter, record label founder, radio host, and one of the most passionately followed DJ/producers in the world. The one-woman army is marching her muscular take on techno all over the globe, winning fans not only with her music, but her way of being, that’s at once uncensored, inclusive, and fierce. With her trademark shock of untamed dark hair, the Nigeria-born artist can be spotted in a DJ booth by profile alone, rocking crowds before she even drops a record. In-demand all over the world, Moudaber has played everything from intimate after-hours clubs; to revered nightclub institutions like Space, DC10, Output and Stereo; to massive festival stages, including Glastonbury, Electric Daisy Carnival, and two appearances at Coachella. We had the chance to speak to the mother of techno before she headed off on her packed European tour this summer!

KALTBLUT: So with the US tour just finished, what are your next plans?
Nicole: I’ve just finished playing at EDC New York where I had my own stage, that was pretty mega. I was touring from mid-May around the US and this summer I’ll mostly be doing Europe, things like Ibiza, Space, festivals.

KALTBLUT: No break for you then?
Nicole: No babe, I haven’t had a break since January 2015. That was my only break, and now I need to wait until next January. I think the most I’ve had this year is maybe a week in Toulouse. But I do plan to take two months off! Just not yet.

KALTBLUT: I bet you miss touring as soon as you’re off though
Nicole: [Sigh] I do. And once you get into that constant routine of touring you just don’t want to stop! You practice, you get better, you get inspired, all of these things. And once you stop and you want to go come back to it, it’s difficult. It’s like gymming I guess! Takes you two weeks to get back into it. I normally end up getting sick when I stop touring. My body just surrenders!

KALTBLUT: So how has the vibe been in the US at the moment? LA, Miami?
Nicole: Oh my god, Miami was incredible. I did three shows there, but my annual MoodDAY at the pool broadcasted live around the world ended up a mega hit. We had 45 FM stations worldwide giving us 7 hours of airtime, and that was the biggest broadcast made by any radio show. Just everywhere. And I also do my MoodNIGHT, which is a club night, and I played Ultra festival again, so yeah, Miami is pretty great! This month I’ll be playing in Space Ibiza, but yeah, I do love Miami. Not even for just the parties, it’s sunny and nice. Healthy living. I miss the sun living in London [laughs].

KALTBLUT: Do you think you’d head over there long term?
Nicole: Not moving entirely, but having a second home there is good. And since I tour a lot in America it makes sense. I did actually buy a pied-à-terre in Miami, it’s not done yet, but next year it’ll be ready so I can base myself there when touring the States. At the moment I stay in New York, so that’s kind of my base at the moment.

KALTBLUT: So where did London come into all of this?
Nicole: Oh many years ago, I studied there and I’ve been there since. I like London, it’s free, it’s full of culture, you’re respected there as a human being, all these things. It’s the hub of cultural revolution. But you know, I’ve been thinking sometimes to move to Berlin! You get more value for your money for sure, and why not? It’s good to experience. But the whole moving thing, it’s too much for me [laughs].

KALTBLUT: Obviously dance music has progressed a lot since your time in London too
Nicole: Yeah, it’s definitely changed, but not too much. It’s a bit more stripped down, there’s little fluctuations here and there. I don’t follow trends, trends don’t have a long shelf life, you know, it’s like fashion, it flips around so quickly. But it’s always good to be “in the know”, for sure.

KALTBLUT: There’s always a trend showing up every few months
Nicole: Yeah, it’s just a circle. You have the 90s where it all really started, it’s good to come back to the basis though. I think right now this is way bigger, with all the world festivals, catering for hundreds of thousands of people, we never had that, you know?

KALTBLUT: Yeah, but you had the original raves!
Nicole: Exactly! It paved the way you know, it’s growing so much around the world, and it’s a great thing.

KALTBLUT: Do you find it a little mainstream now?
Nicole: Listen, there are the mainstreams, and there are the connoisseurs, it’s like art. You go to supermarkets and see, I don’t know, a replica of Picasso and you buy it, or if you want to get to know the art a bit more you have to dig and do your research. I think it’s formed with more intelligent people, if you’re interested in it. But if you have to want to take the outer layers off, you know? It’s for everybody, it’s out there!

KALTBLUT: I just missed the original rave era, but I always gathered there was a sense of community
Nicole: There still is! There is still that community, but you know, when we first started going out it was so amazing, but people move on, and others stick to it.

KALTBLUT: What do you think makes people really captured by it?
Nicole: I think experiences and moments. Some people have incredible experiences and want to have it again. It’s like me, you know, I don’t do drink or drugs on the road, but obviously I’ve had my past experiences when I was out clubbing, so when I play on the decks I have these memories come flooding back instantly, and it’s that what you chase. For me anyway. It’s good for the soul.

KALTBLUT: Have you found through your years on the music scene, that it’s still very much male dominated?
Nicole: Well, It’s down to the woman really. It’s a tough job out there, and it’s down to the person. A lot of women don’t want to do that, they reach a certain point where they have to make a choice really; to go with the career or to have a family. It’s rare where they do both, and it can be done obviously, so it’s down to the women who want to do this can achieve it. They just have to do it.

KALTBLUT: Being at the helm of your own record label, Mood Records, is there anyone at the moment that you’re keeping your eye on?
Nicole: Yes, there’s a guy called Marino Canal from Spain, and another guy called Daniel Lera, funny enough they’re all Spanish! So these up and coming guys are so talented and need to be heard. We’ve done a few EPs with them and will continue to do so, I also request them to play with me live whenever it’s possible, you know showcase their work, and yeah it’s a long process for a newcomer! It doesn’t happen overnight. And I love doing that, that side of A&R. When I was a promoter I gave Paco Osuna his first gig in London, when no one had heard of him before, so that part I find it so exciting. I like to find them and then show them.

KALTBLUT: You’re like the mother of techno!
Nicole: [Laughs] Who’s your mama?!

You can watch Nicole at the IMS Ibiza 2016, discussing Diversity In Electronic Music