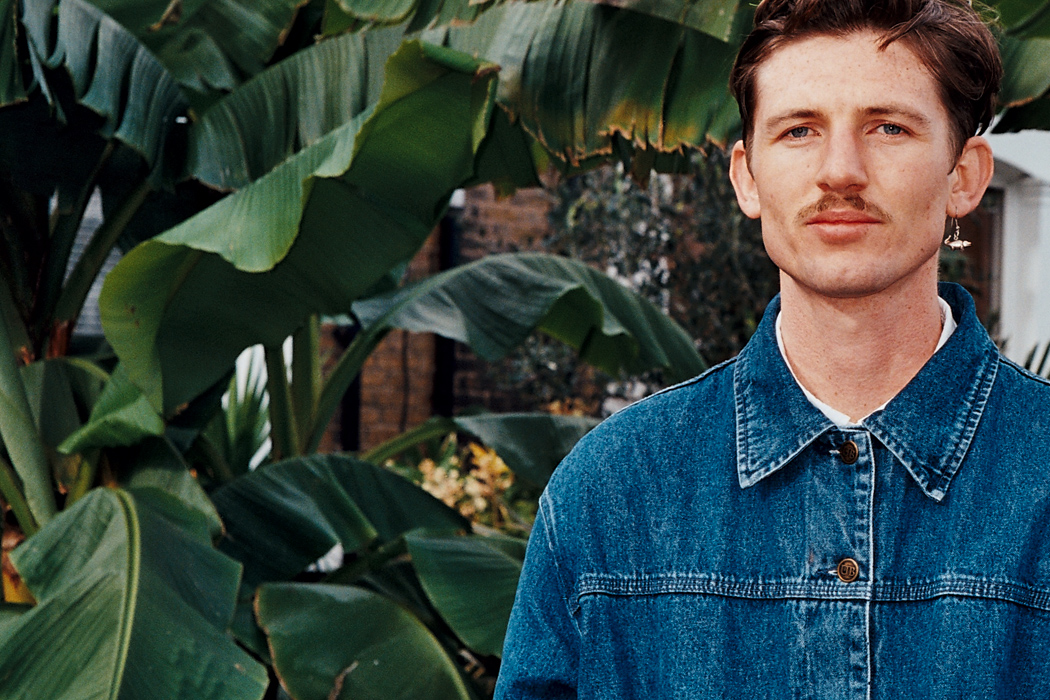 Sound of the week: Romare! An Interview

Inspired by the sounds of America, Romare shares with KALTBLUT his interests in cultural influences and the roots of music genres for a new generation of listeners. His new album ‘Projections’ is an independent, immersive universe that rewards its exploration. A heady mix between homage and freshness, ‘Projections’ is a statement of a young artist who confidently represents his own originality.

KALTBLUT: Your new album is out this month, what can we expect from it?

Romare: I guess more of a balance of like, listening stuff with more dancey stuff. I kind of wanted to explore more styles than the first two singles, so some tracks don’t have a drum beat, which is nice, and some change tempo and key and I tried to do a bit more with the tracks structurally and musically if that makes sense.

KALTBLUT: You named yourself after the artist Romare Bearden, why did he grab your attention?

Romare: I came across him at University. I was studying American Studies and I did a module on African American Visual Culture and he was one of the artists that we studied and at the time I got into sampling music more, and so when I came across his work and how he cut magazines and newspapers up and how he rearranged them with his own paintings, I kind of felt like I wanted to do that with music. I wanted to cut old recordings and mix them with my own compositions to make things. So I took his name from that really.

I think the photo montages and the collages that he did kind of have this nice balance, kind of colour and with the figures and they’re really original and I thought it’s very unique. And provocative as well, like the figures he had and the faces he creates, and the bodies, they can be kind of haunting or happy, disturbing and they’re different because they’re distorted. He used different eyeballs or noses on different heads, and I thought that was nice because I could have a piano and different kind of snare sounds, or like bass in there, grunts or whatever, I could do my own little figures in the songs. I felt that what I was doing with music, I was trying to create themes in songs through using samples and that was similar to what he was doing with his work. Because he’d have something on migration, moving from the South to the North, rituals or religion, so he’d have things he was looking at through his work and that’s what I wanted to do. Especially in the first record I wanted to have tracks for the theme.

KALTBLUT: Do you think your parents musical taste helped to shape the way you make music?

Romare: Yeah definitely, my dad plays guitar a lot. So I got into guitar from that I think, but he also has a good collection of music from all parts of the world, a lot of American stuff; jazz, blues, folk. My mum liked more electronic stuff, so it was a good mix. It came together nicely. I had guitar lessons at school, acoustic guitar at first. And then I bought a drum kit from a friend, a third hand drum kit, for really cheap and fell in love with drums. And just taught myself drums really, played in a band, then I went back to guitar and got an electric guitar and started writing music in another band. Then I started singing, writing lyrics and that was all part of me learning how to make music I guess. Learning the drum beat, then guitar chord line, making a chorus, breaks in music and stuff.

KALTBLUT: Did you think you would end up doing your own music?

Romare: I wanted to yeah, always. I think I was like 14/15 when I thought about it. It wasn’t easy to follow through with that decision, because you know, there’s a big risk involved but you’ve got to put yourself out there, take the risk.

KALTBLUT: Do you think you’ve been well received in the way you’ve taken that risk?

Romare: Yeah, I feel like it’s going well so far. I’ve really enjoyed it. I’ve been able to travel, I’ve played to different audiences, different cultures and settings. That’s been really interesting to me. I went to Greece for the first time, Turkey the weekend before, and that’s really rewarding for me. To see how different audiences react. What songs resonate with different people.

KALTBLUT: Tell us about your musical process? Is it hard to decide how to construct a song when so many samples are available to you?

Romare: Yeah it is, that’s why I try and do things in a theme. I’ll try and make a concept so I’ll limit my sources and what I use. So the first record was trying to establish a connection between Afro American music through using samples that were from Africa, or African American genres. And so I would dip into certain things. Obviously that still is very broad, but I wanted to make sure each sample had the right context to it. So yeah I just try and limit myself with the concept, and then I basically have a certain collection of my records that I’ll start to chop up. It will usually start with a sample and then I’ll build on that. The theme isn’t always established at the beginning it can develop through the process, like ‘Projections’ it was going to be more like a homage to musicians, but then it developed into more of a homage to American music in general. Musicians, songs and types of songs. But yeah usually it starts with a sample and I add my own instruments to it or other samples. The album is mainly American sounding, although there are some British musicians in it, it kind of focuses on American sounds.  My collection is predominantly American, kind of blues, jazz, gospel. ‘Projections’ is actually named after Romare Bearden’s first exhibition that he put on in 1964, which he showcased his photo montages and collages that inspired me. The people that I’ve sampled for ‘Projections’, or anyone that’s involved in the music or songs I’ve put them on the album cover. Even if it’s just a piano sample, it’s a small credit but I like to include them and the fact that I’ve looked back on what these artists have once done.

KALTBLUT: Using some of these samples brings a lot of these forgotten artists back into the spotlight, is this what you were hoping for?

Romare: Yeah there’s an element of that definitely. I wanted to shed more light on artists that weren’t really recognised for the impact that they had, and still have. Like so, one of the tracks, ‘The Drifter’ is a homage to Snooks Eaglin who was a blues, street guitarist. He was blind, he was basically like a busker for a while. He was a very big influence on modern rock music, and all kinds of genres that spread out into America, Britain, Europe. So he’s one of the guys as an example who I feel wasn’t credited enough. He has an amazing singing and guitar style, and writes great songs. But then there are also other people like Nina Simone, and she’s a huge artist. But there is a mixture, a lot of it is trying to pay homage to the lesser known. Jimmy Reed is someone else I looked into when writing ‘Jimmy’s Lament’. Music is just reinvented all the time. It’s always interesting to look at where genres originated from. If I like an artist I’ll look into them. Like what made them do that music. Was their father a preacher? What instruments were available?

KALTBLUT: What has been your greatest discovery? Like a place or a certain record?

Romare: My friend introduced me to a series of recordings made in a prison by Alan Lomax who went around the world recoding different music from different places to document the music to make sure it wasn’t lost before it died out, which I think it has now started to. Folk music is dying effectively. I mean like music of the people. Like anything from certain tribal rituals to Mongolian throat singing, weird singing styles. Because everyone is moving around, moving to capital cities so they’re leaving their heritage behind. Everyone’s looking forward, they’re modernising. I think there is more interest in the future than past. But there’s still this amazing catalogue of what has happened. So I think yeah that was really important to me, those voices of prisoners. Very haunting, but also kind of happy. An aspirational feeling of wanting to leave prison. Just getting out through singing. It’s music with a purpose. It’s born from a situation.

KALTBLUT: What are you looking forward to this year? You’re playing at a few festivals aren’t you?

Romare: Yeah a few bits here and there. I’m looking forward to getting a new live set done and reinvent the stuff that’s on the album, kind of rearrange what’s on there. I’m actually really excited to work on new material. It’s easy to sort of let go, but saying this the stress levels will probably raise again! But yeah, back to making more music. I’d like to really focus on something new, just expand and do more. 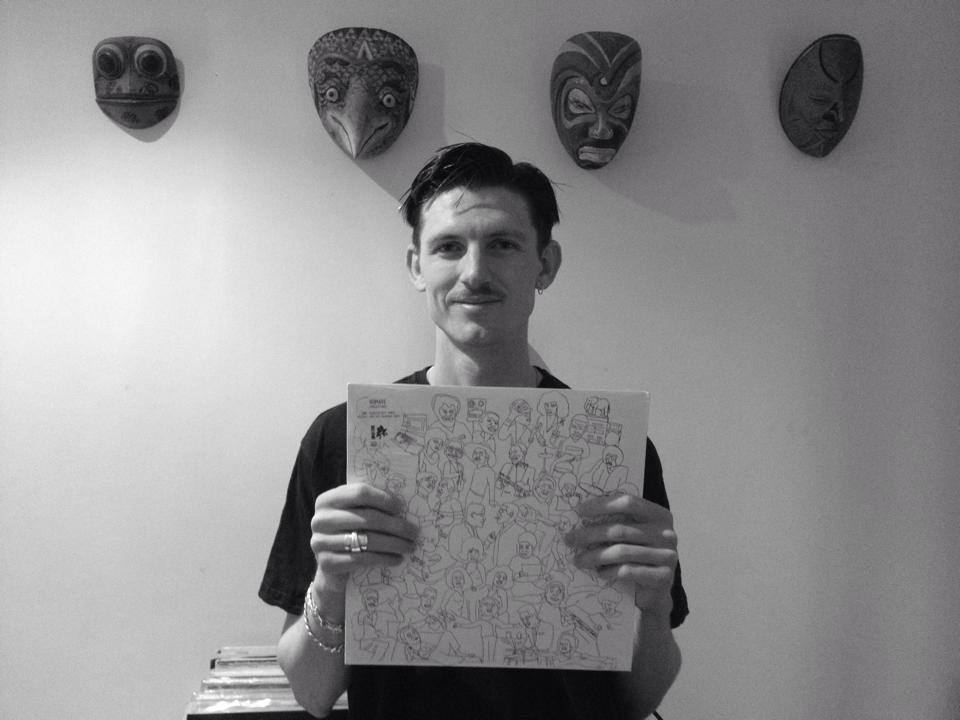