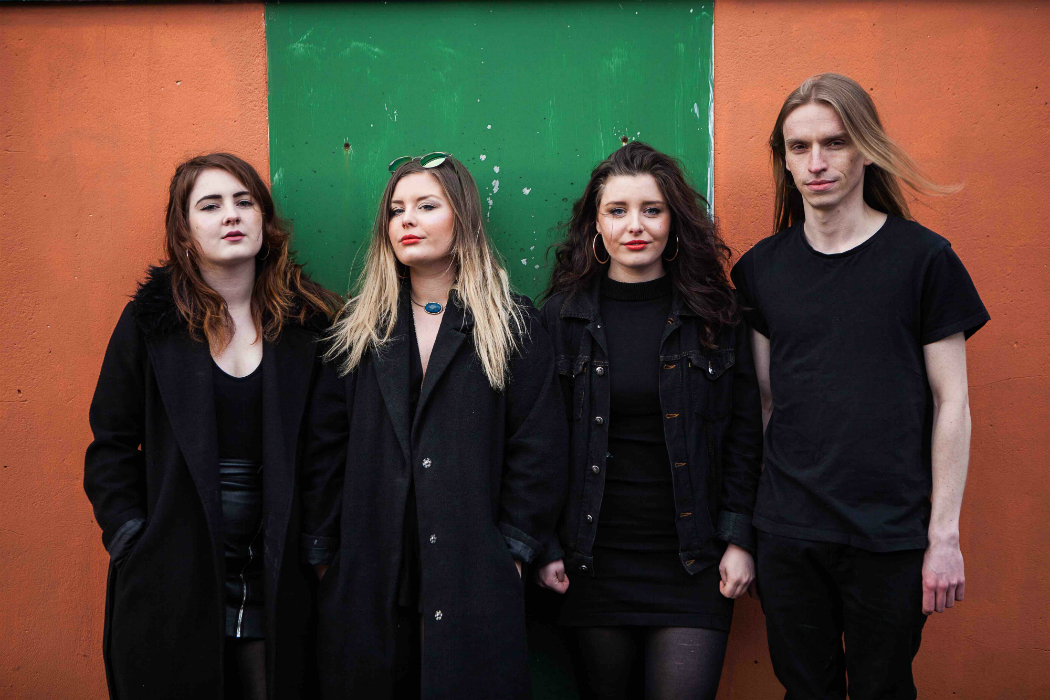 Sound of the Week: The Van T’s

Inspired by the likes of Best Coast, Bleached and Ty Segall, The Van T’s are an up-and-coming surf-rock band hailing from the banks of the river Clyde in Glasgow. Their latest single, the raucous ‘Fun Garçon’ is out now via Bloc+Music.

The surf-rock four piece is made up of duel vocalists, guitarists and twin sisters Hannah and Chloe Van Thompson while the band’s rhythm section features Joanne Forbes on bass and Shaun Hood on drums. 2016 was a breakout year for The Van T’s as they were picked up by influential BBC Radio 1 DJ Huw Stephens who, along with Noisey, Consequence of Sound and Clash Magazine, premiered tracks from their EP ‘A Coming of Age’ after its release last July. The band have toured with the likes of Yuck and Rat Boy and enjoyed a busy summer of festivals including T in The Park, Electric Fields, Wide Days and Stag and Dagger, ultimately earning themselves a well deserved nomination at the Scottish Alternative Music Awards in October.

KALTBLUT got in touch with Chloe Van Thompson from the band for a chat about being the musical equivalent of a John Hughes film, recognition within the Scottish music scene and their gigging highlight of last summer.

KALTBLUT: When did your affinity for surf-rock begin?
Chloe Van Thompson: I think it started a few years back when we started listening to bands such as Best coast, Bleached and Ty Segall!

KALTBLUT: Do you think of yourselves as a Glaswegian band?
Chloe Van Thompson: I guess so, as we’ve played most of our shows in Glasgow. However, Joanne is actually from Dundee and we all live slightly outside Glasgow but we do spend most of our time in the city recording and rehearsing.

KALTBLUT: You’ve been compared to Sunflower Bean, Honeyblood and Hinds, are you fans of these bands?
Chloe Van Thompson: Yes we love all these bands and they certainly are an inspiration to us. Other bands include Wolf Alice, Angel Olsen, My Bloody Valentine, Drenge, Pearl Jam, Tame impala, War Paint and loads, loads more. 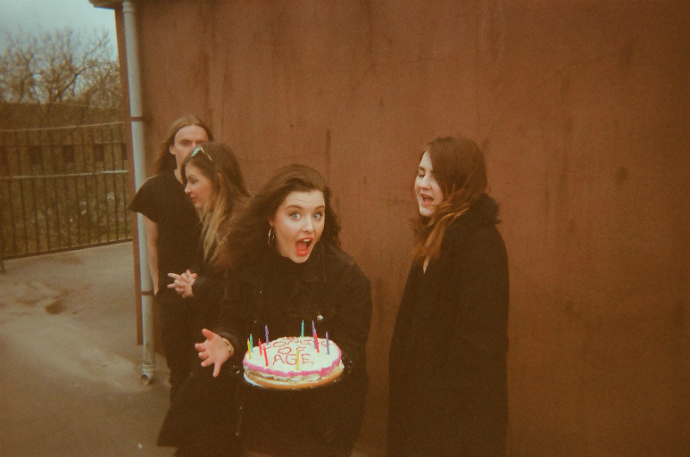 KALTBLUT: When did the band form? can you describe the journey from then until your breakout year?
Chloe Van Thompson: Myself and Hannah had been writing since the age of 18. We then decided we wanted to create a heavier sound so, we started to look for a drummer, and it just so happened Hannah worked with Shaun who joined the band. The following year we recruited Joanne on bass, who was playing in another band at the time. Since then we have released two EP’s – Laguna Babe and A Coming Of Age – and our next single Fun Garçon is out on 25th November. We have also played loads of amazing festivals like T In The Park, Electric fields, Stag and Dagger, Tenement Trail and Twisterella Festival. It’s been a really great journey so far.

KALTBLUT: How did it feel when your EP started attracting attention from influential people like Huw Stephens?
Chloe Van Thompson: We were all so overwhelmed to be honest. When we found out Blood Orange was played on Huw Stephens show and we were just so thankful that it received such a great response.

KALTBLUT: Your music has been described as the “musical equivalent of a John Hughes film”, how do you feel about that comparison?
Chloe Van Thompson: We had never had that comparison before, but we do feel that it is quite appropriate and clever considering the kind of sound we create.

KALTBLUT: How integral do you think premieres are to a band in the early stages of their career?
Chloe Van Thompson: I think it’s very important as it showcases an up and coming band’s material to different audiences which, in turn, allows you to be able to create a fan base for any future releases. I feel like it has been really helpful to us so far.

ADOBE DESIGN COMPETITON FOR STUDENTS: CREATE THE COVER FOR A SONG BY DJ DUO LUCAS & STEVE

KALTBLUT: You were nominated at this year’s Scottish Alternative Music Awards, is recognition within the Scottish music scene important to you?
Chloe Van Thompson: We were indeed. In the end we lost out to our good friends Bloodlines but we were quite pleased for them and appreciated being nominated in the first place! We also got to play at the ceremony itself which was great fun. It’s always nice to be recognised within the industry but I wouldn’t exactly put it at the top of our list in terms of importance!

KALTBLUT: What was the gigging highlight of your busy summer?
Chloe Van Thompson: I would definitely have to say T in the Park and Electric fields. I think also Tenement Trail was great fun and such a huge highlight of the year.

KALTBLUT: What is next for The Van T’s after Fun Garçon gets released?
Chloe Van Thompson: We have been writing and recording new material with a view to releasing new material in 2017. We also have a London show in December and a headline show in Glasgow at King Tut’s in January.

Fun Garçon is out now on Bloc+Music 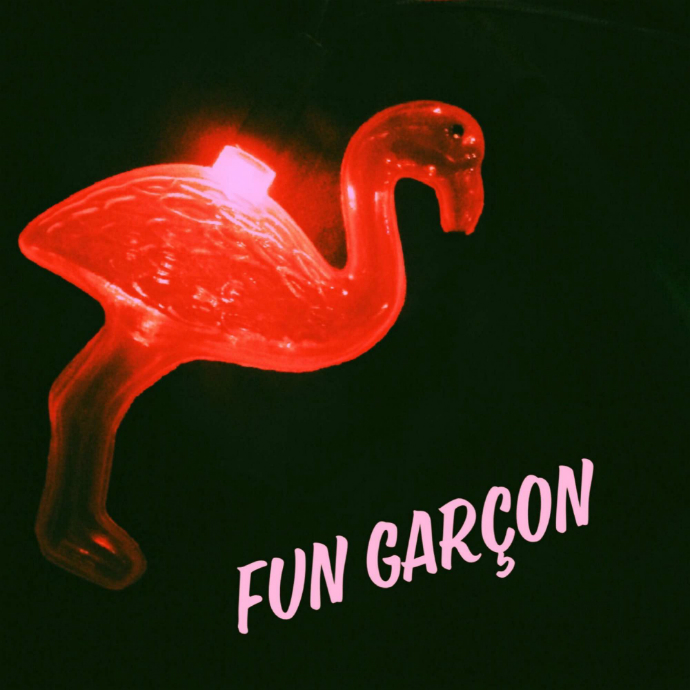