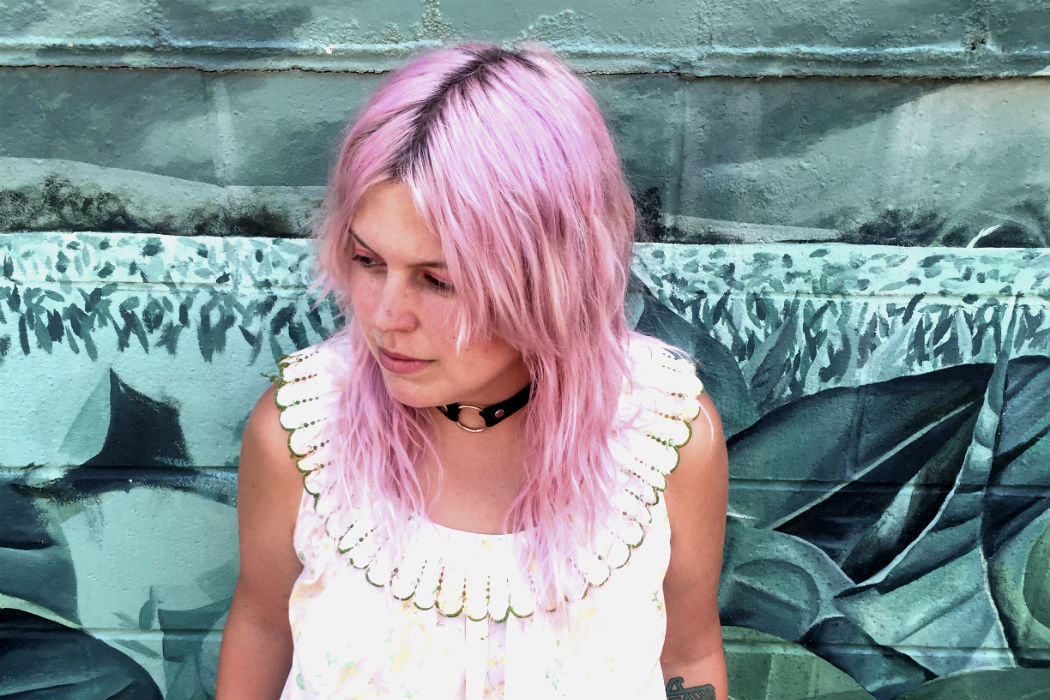 Sound of the Week: Twist

Twist was first conceived in late 2013 as a collaborative project between Laura Hermiston and Brian Borcherdt of Holy Fuck. The pair met as Hermiston’s earlier band was dissolving and Borcherdt was in a gap between releases with his other projects, and began with Borcherdt working as a producer on a handful of Hermiston’s songs until, owing to their mutual enthusiasm for the early results, their creative relationship deepened into something more like a partnership. Working primarily out of Borcherdt’s apartment the pair recorded and released a series of singles in late 2014 that garnered praise from VICE, Spin, Nylon, and Brooklyn Vegan. Though touring briefly as a two guitar and drum machine driven duo, this early attention prompted a transition from a two-piece set up into a full live band, with Borcherdt resuming a behind-the-scenes role as the band hit the road more frequently, playing dates with TOPS, Crocodiles, Chastity Belt and Peach Kelli Pop.

Of the new album, Twist singer and songwriter Laura Hermiston told Stereogum, “Spectral is an album about growing pains. The songs focus on the challenges of being young, feeling lost, unsure, and let down by people. At a certain point, we’re all confronted with a choice – giving into the pressure and living in a way that’s expected or taking charge of life and growing powerful and resilient. Most of these songs were written and recorded alone, developed with Brian in his basement studio, and eventually worked out with my live band Matt, Pat, and Sara. They’ve taken on a new life as they’ve grown – ideas first conceived in solitude have now developed to represent a broad spectrum of my experiences over the last 3 years. I hope that people can relate to these songs when going through their own changes.”

The album is the culmination of a multi-faceted recording process that has spanned much of the band’s existence. Beginning with the initial sessions in Borcherdt’s basement, on which Hermiston and Borcherdt are the sole performers, and progressing into more formal studio sessions featuring an ever expanding network of collaborators including Twist’s live band, Crocodiles’ Charles Rowell, Jenny Vee (Lana Del Rey, Courtney Love) and even Hermiston’s father, a former session musician and television composer, who plays bass on “Bleached.” Borcherdt says it was Hermiston’s songwriting that first drew him to the project, and his approach to working with her was informed by a desire to amplify the impact of her songs without distracting from what initially excited him about them. “When Laura first played me her songs my gut instinct was to set up a mic right then and there, which is pretty much what I did,” says Borcherdt. “Within a couple days we had basic versions of the songs completed – first takes, simple harmonies, minimal overdubs, and though we added multiple instruments on each song, the basis of those first sessions were essentially recorded live. I didn’t want to rush the process, but the songs were strong as they were: catchy, concise and moving. That’s Laura’s rare gift, and it’s my hope that I’ve helped to spread that light a little further. I want others to hear these songs as I first did, and I want them to share my process of discovery, of these moments where anything can happen next.”

The production is finely-calibrated throughout Spectral, with Borcherdt and Hermiston fostering a sense of cohesion while still reflecting the diversity of arrangements and sounds inherent to the disparate recording process. Hinting occasionally at the former’s experimental background while remaining anchored by Hermiston’s assured sensibilities and penchant for subtly captivating melodic turns, the album assumes an array of sonic guises — ranging from the stripped-down simplicity of “Where to Lie,” to the MBV-esque swirl of “Calendar Girls,” to the expansive pop grandeur-cum-noise experimentation of “Can’t Wait” — capturing a vast constellation of influences into a controlled orbit with Hermiston’s singular voice at its center. For Hermiston the record is a reflection of her own growth over the 18 month period it took to complete it, and as a result is, in some sense, an album about the strains and uncertainties of growing up. “There are almost two years worth of experiences that went into writing Spectral” she says. “but ultimately, I think it encapsulates what it’s like to be young and experience growing pains. I matured a lot over the course of making this album, and I can hear that reflected in my voice when I compare the oldest to the newest track. I feel like I became more aware of what I should be doing with my life and with Twist as the project grew from just me with help from Brian, to having a full band and bringing various collaborators on board, and that’s, in part, why I decided to call the album Spectral — it presents a spectrum of personal and musical experience.”

‘Spectral’ is out now via Buzz Records