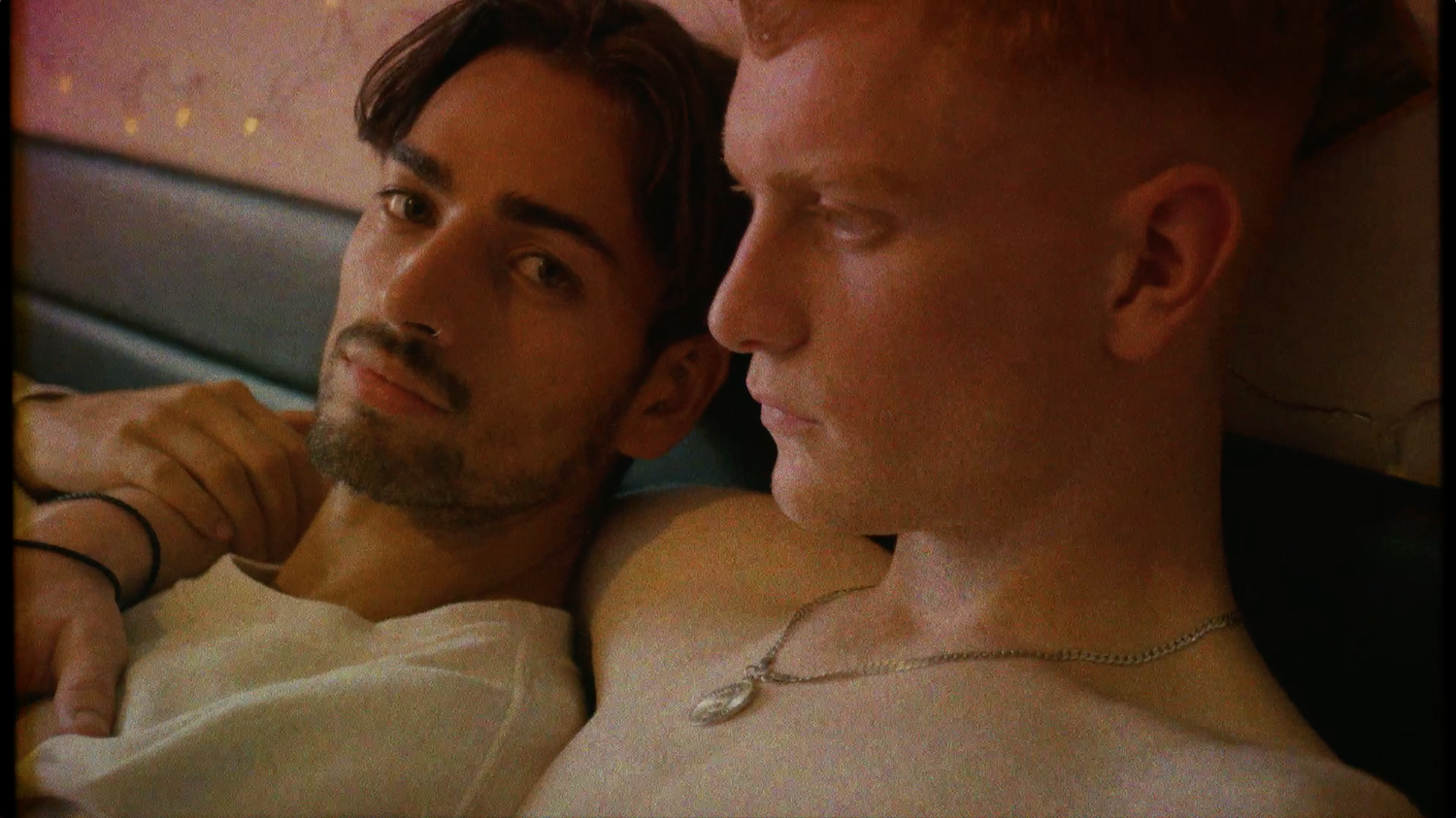 London native SXMSON shares his debut music video for his new 90’s-pop inspired single, ‘Memory’. The song tells the story of the moment SXMSON realised that he still has feelings for his ex-boyfriend, however much he tried to move on and date new people. Produced by Silas Films (@silencelola and @laurence_boxley), the music video for ‘Memory’ stars SXMSON and his two love interests, one new and one old. The video cuts between shots of SXMSON re-living the exact same moments with both his past and present lovers, from intimate moments set in a bedroom and shower, to more playful scenes in a funfair and basketball court.

SXMSON says about the music video, “Ever since I was a kid, I dreamed of having my own music video and I’m so excited that now I finally do. It’s crazy how much this music video means to me. Not only as an artist, but most importantly, as an LGBT+ man who grew up hating himself for not being straight. A couple of years ago I would have never dreamed that I’d be making out with two hot topless guys in a shower for my own music video because I used to care too much about what people thought. I don’t care anymore. I’m here to represent, educate and be true to myself. I can’t wait to continue releasing music and creating more and more music videos.”

The track itself was produced by Gil Lewis (Tom Aspaul, Liv Dawson, Eurovision 2018) and co-written with Clare Dove (Call Me Loop). It contains both R&B and pop elements, taking you back to the sound of the 90’s and 00’s. With his smooth vocals throughout the track, SXMSON is definitely giving you the vibes you need in your daily playlist.

Born and raised in the North-West of London, Iranian/Jewish SXMSON grew up listening to 90s R&B music. This was the sound that eventually inspired him to pursue a career as a R&B/Pop singer-songwriter. Starting to develop his skills as an artist at the age of 16, SXMSON made his first steps in the music industry as a songwriter. During and after his studies at the University of Leeds, SXMSON continued to work alongside a wide array of producers. This is where he gathered inspiration from growing up in an Iranian/Jewish household and identifying as LGBT+. SXMSON has written and worked with the likes of Grammy-nominated Maths Time Joy (Mahalia, Snakehips, Gallant), SAKIMA (R3hab), Gil Lewis (Liv Dawson, Eurovision 2018) and One Bit (Noah Cyrus, Louisa Johnson), as well as written for developing artists on their own projects. One thing is for sure, there is a lot more to expect from this talent on the rise.