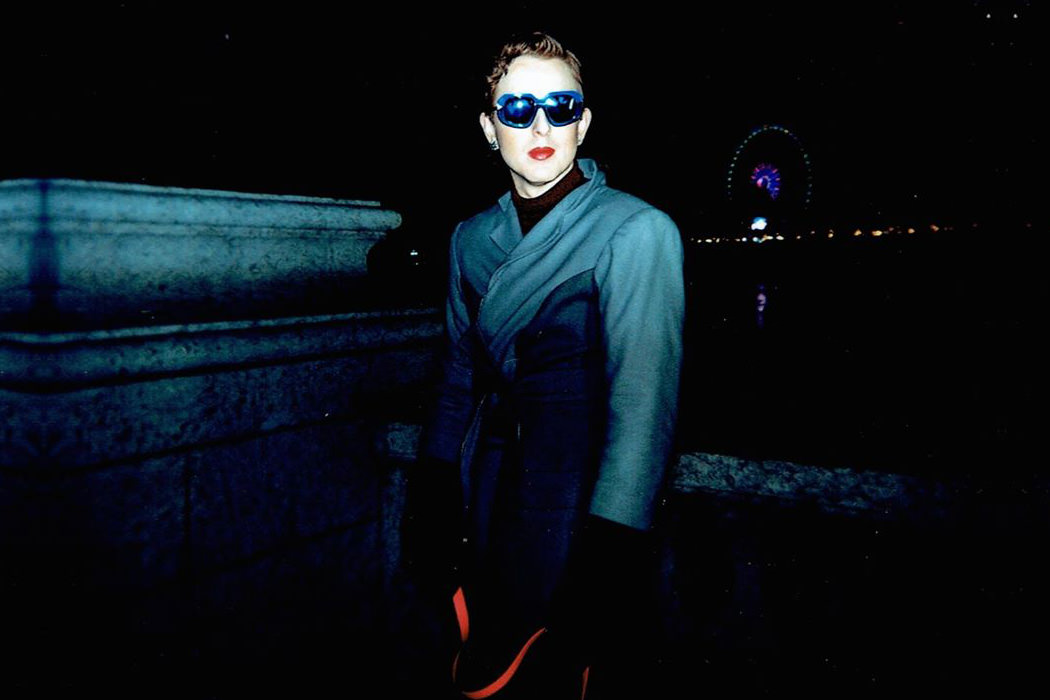 That Boy, Alexander Geist – An interview

Disco cabaret icon Alexander Geist has just released a new track and video dealing with some of his fav leitmotivs: dandy drama, twindom, art in everyday’s life and ginger supremacy – just kidding on that last one. But most importantly, this track was produced with new collaborators, away from old Europe and away from the regular music industry wheels. Alexander tells us about the why and how to of his Far-Eastern adventure.

KALTBLUT: Alexander Geist, you have been travelling a lot recently…

Alexander: Yes, 2016 is the year of the monkey and this monkey has been swinging from tree to tree! I feel as though I have spent the last five months in transit solidly, I have woken up in the middle of so many nights, so startled and confused as to where I am. You know, reaching for the walls and whispering to myself, “Wait is this Hong Kong? Am I still in Hong Kong? No – Milan this is Milan, cool.” Luckily I fall back to sleep very quickly! I went to Japan to play two shows with the British Council, and I went to Hong Kong to make the music video for “That Girl”, then back to London for the Yo! Sissy mini-festival, then back to Hong Kong to perform at the Art Basel parties, then to Italy for the launch of Parterre de Rois magazine, and now back to Berlin to re-shoots scenes of Shu Lea Cheung’s new movie “Fluid 0”. But I am having the time of my life, sorry about that. I know people prefer it when I’m petulant, but I’m simply having a great time. Isn’t that just too bad lover?

KALTBLUT: How was Asia, was it your first time there?

Alexander: Previously I’d only been to Thailand, this was my first time in Japan and Hong Kong, but I loved being there. I’m one of those awful Europeans who comes back from Asia and wants to only drink brown rice tea, and eat toast with chop sticks, you know? I’m inescapably tacky. It’s funny to say, “how was your time in Asia” because, even from my limited experience it is a wildly diverse continent. It’s not like Europe, where you can travel 500km and the only real difference is that they make bread with rye not spelt, or that Zara is more popular than H&M. I had a greater “culture shock” going between Tokyo and Hong Kong, than between Tokyo and London for example. Japan’s almost hermetic culture is one of the most refined, and rarefied on the planet, I really felt as though so much of what makes up the Japanese way of life, could only happen in Japan. Hong Kong on the other hand feels like the gateway to the world, it’s so international, so dense, it’s more overwhelming than any North American city, and with better food too.

KALTBLUT: How did you meet Ming Wong and Bendik Giske, and how did you decide to collaborate?

Alexander: I know Ming and Bendik from Berlin, socially you could say, but first let me tell you what a huge fan boy I am! I have loved Ming’s work since I saw it at the Liverpool Biennale about four years ago, he works with the same dislocation and inhabitation of personae that I’m digging into with my performances. He has a wrought-iron intellect behind his tender, campy facade and it was a gift to work with him. It’s like Carolee Schneeman saying, “Hej kid – you wanna make out with my cat?” I mean, yes, obviously! Likewise I love Bendik’s work, both as a musician and producer. He produced Nils Bech for a while, so I had been into him for quite a few years before I met him. In January I got to hear his forthcoming solo album, which is one of the most jaw-dropping records you will hear this decade. It was immediately apparent when Ming asked me to collaborate with him, that Bendik had to be the third corner of the triangle. They’re both world class artists, and that is the kind of artist I want to work with. For me, they were the dream team – though they may have another take on the situation entirely! I think I kept my tantrums under control, and my hands to myself, most of the time.

KALTBLUT: Your new track was commissioned by Art Review, how different was your creative process compared to when you make tracks usually?

Alexander: Making this track and video was a very unusual process – there was no label involved, instead the commission came from Art Review. As we all know the music industry infrastructure to which we’re all so wedded is completely outmoded now, so artists have to think of new models to make work. Nobody wants your blu-ray lover, nobody wants your limited edition double CD re-release of the record you have already released three times! We went to Hong Kong and made a gesamtkunstwerk, which included designing the suits, writing the music, shooting the artwork, filming the video, debuting the performance, and documenting the whole process. I’ve always tried to release music in unexpected ways, as posters, as love letters, so it made perfect sense to have a new kind of partner int the creation of this song, and not to have an mp3 download as the ultimate outcome. It’s not, if you hadn’t noticed, 2004 anymore.

KALTBLUT: So that new song, “That Girl”, what is it about?

Alexander: The song itself is I suppose, a song about this particularly bleak cultural moment in which capital has saturated and corroded culture. I read a fascinating piece from the Political Economy Research Centre, which looked at Bowie’s career through the lens of Freud’s theory of melancholia. To put it briefly, they proposed that much of Bowie’s success came of him being a product of a society physically and financially ruined by WW2, a society which had to rebuilt its cultural economy. Now of course, we’re in a situation where income inequality is so outrageous that people are either tied to the past by being burdened with crushing debt, or by living off largely inherited money slash privileges – and in this situation culture can’t move forward. Penny Arcade says that your big break will no longer come from your contacts, but from your contact’s contacts, that – as she puts it –  “At least 12 people will have to believe they can make money off you before they’ll invest in you.” Whether it’s fashion houses, where merchandisers tell the designers what to design based on sales projections, or record companies who flat out tell you in meetings, “What we’re really looking for is white girls who sing black,” it’s the same scene. The song is about how pitiful it is that at this point in human history, when there has never been so much money flowing through the hands of of our self-appointed cultural elites, that money is being funnelled not into making great work but into making great profits. The most insidious thing is that genuinely intelligent, cool, brave people are being hoodwinked into thinking that certain singers, with perfectly acceptable voices and nothing to say, are in some way “iconic”. As I say, capital corrodes, and that’s all that separates “success” from “failure”. I mean, imagine if someone had the balls to plaster billboards across London with pictures of Skinny Girl Diet band, they’d be the biggest band in Britain.

KALTBLUT: You are a musician, you have an alter ego who’s a writer… what’s your position on Art? Do you feel like an artist, an entertainer, something in-between?

Alexander: Yes, my alter-ego, my identical twin sister, La JohnJoseph, she’s a doll. The interesting thing in skipping between worlds and practices as I do, is that I get to see different hierarchies and frameworks up close. What collectors at art fairs believe is important, is often very different from what a theatre audience is looking for, or what a literary critic would champion. Of course, each camp believes entirely that they have the real, true handle on understanding culture. Ming often refers to himself as “a trickster”, and I suppose that is the closest thing I could identify with. I’m one of those kitsune spirits, the fox who can appear as a woman, the playful, genderless, prankster determined to interfere with the matrix wherever possible. I’m abnormal in every context I find myself in, but I revel in that, I feel as though I have a lot of spanners to throw in the works.

KALTBLUT: What is Alexander Geist cooking at the moment?

Alexander: I am actually working, with Robert Chevara, on a full-length performance piece which functions as a video concert, and a biopic of sorts. That will get its first showing in London in July, and in the autumn I think I’ll go on a UK Tour. There’s also whispers of a few more art fair performances, maybe in China, maybe in London, but I guess you’ll just have to watch this space won’t you lover?