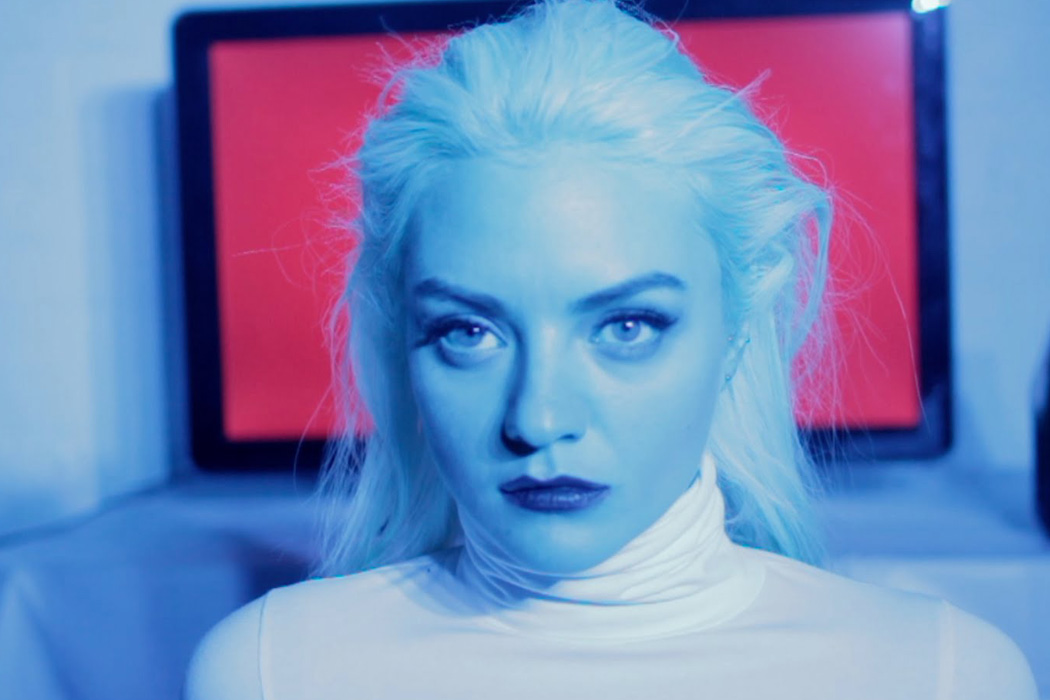 Described as a “rebirth and transmutation”, the video for TIO’s ‘A Simple Way’ is something that will quite literally embed itself into your brain. The curious Canadian cold-wave project have followed up their first single, ‘Lips Like Wine’, with the visual aid of director Josh Reichmann. The four minute piece is a “document of loss and creation” by blurring the lines between reality and fragmented VHS.

The band’s bio is pretty much on par with their visuals:
“TIO toil together and co-create in a honeycombed metal silo, hovering over an upturned and chard treasure chest of chords, lights and memories. Flittering stills of futures to come, love’s decay and rebirth. The club becomes a mirror for everyone, and it shakes, sometimes slowly. They met outside of the city somewhere. A few years ago, wind whips the sand, glass, wires and light. TIO make music from a self feeding wellspring of churning, purple and black waves which says; “you could sit there, or stand, but we are invoking THE invitation, and it is open, swaying and dropping. Movement and memory are the goal, together, lips like wine.””