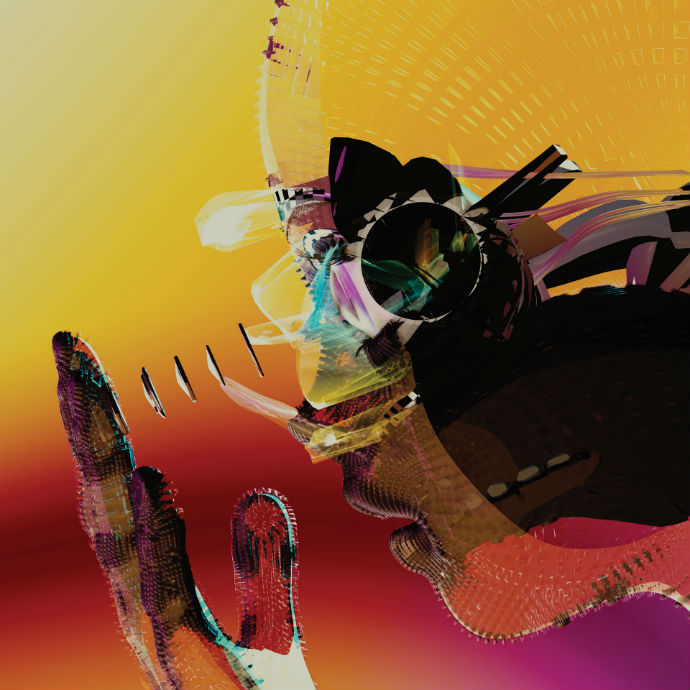 It’s that time of the week again where we find the most eye-catching, weirdest and most beautifully shot videos of the week! Take a look at Kelsey Lu deep in the ocean, Death Grips in neon overdrive, Almeeva escape the past, Motion Graphics getting trippy and Chvrches enjoy their newly acquired magic powers.

To celebrate the release, Kelsey Lu releases a brand new video for ‘Empathy’. The EP’s title comes from its unique recording process—Kelsey Lu recorded live in a single take at the Holy Family Roman Catholic Church in Greenpoint, Brooklyn with her cello, her voice and her loop pedal. The minimal take on the track was created by Griffin Frazen, as Kelsey appears to be floating under water. Her debut EP ‘Church’ is out now via True Panther Sounds.
@KelseyLu

Directed by Sean Metelerkamp the new video for Death Grips’ ‘Eh’ is pure neon magic. Taken from the album ‘Bottomless Pit’, out now via Harvest Records, the video shows band members in wavy, animated form. It’s a step up from their last video ‘Giving Bad People Good Ideas’, which was literally a 3 minute long clip of a shoe being pulled apart. Genius.
@DeathGrips

Taken from the EP ‘Oblite’, out now on InFiné, ‘4 Bells’ is an immersive reversed story about loneliness, disguised as a cult scene. The French artist Almeeva (a.k.a Gregory Hoeppfner), a multi-instrumentalist and videographer whose recent EP is his second on the inspirited imprint. With a sound that is “oscillating between cinematic indie and modern post-trance,” the five-track EP shows up as a wandering journey between hushed tones, emotional pop intonations, and sharp synth attacks.
@Almeeva

Created by digital masters Culture Sport, the video for ‘Lense’ is a trippy, 3D animated adventure of the human form. The self-titled LP of Motion Graphics is set to be released on August 26 via Domino, and is the project of electronic artist Joe Williams, who formally worked under the name White Williams.
@MotionGraphics

Last month, Chvrches shared their collaboration with Paramore’s Haley Williams, a remix of ‘Bury It’ from Every Open Eye. Now the band has shared an animated music video for the track. Created by ongoing collaborator Jamie McKelvie and animated by Mighty Nice, it sees the band and Williams use telekinesis to send a swarm of household objects flying around an island city.
@Chvrches