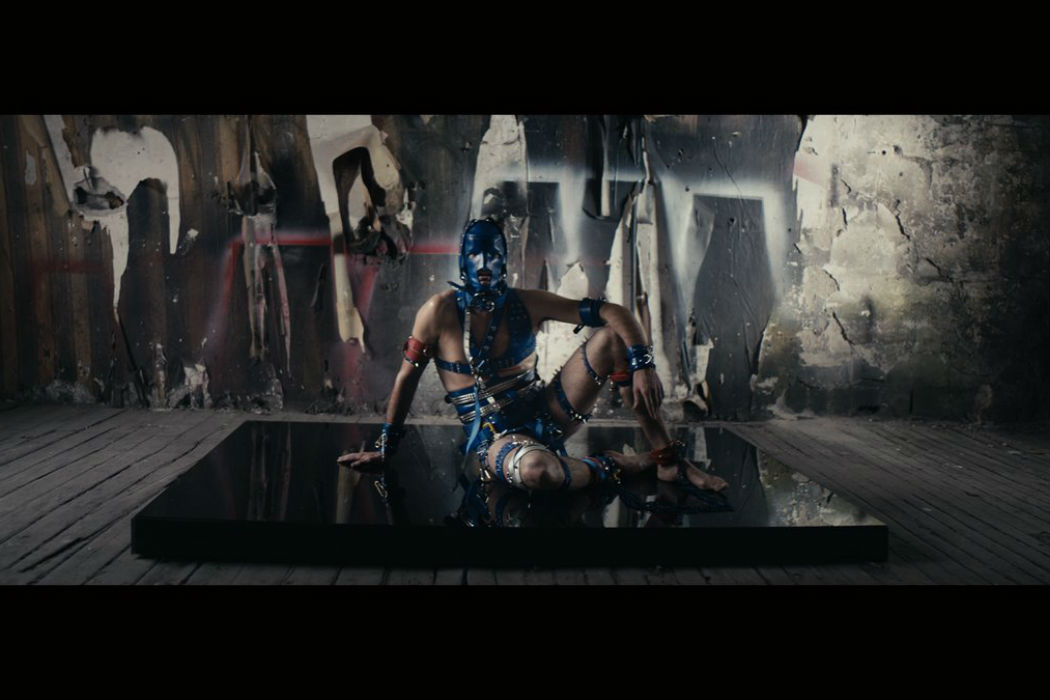 Welcome to your weekly roundup of the best videos that we delved deep into the net for you to enjoy today! Get down and dirty with Titan, run for cover from What So Not, brush up on your scientific research with Teddybears, become hypnotised by Pheeyownah and join in on Is Tropical’s steamy seance,

This is an incredible new video from cult Mexican electronic trio Titan. The video for lead single ‘Dama Fina’, filmed by Rogelio Sikander in one of the countless dilapidated warehouses on the sprawling outskirts of Mexico City, exploits tensions between pleasure and pain – alongside the trio’s signature dark humor set to a haunting, minimal groove. It’s clear that contemporary artists such as Arca and Gaika have been influenced in part by the Mexican trio’s aesthetic and dark creativity.
@Titan

Wrapping up his colossal double headline tour in Australia with Fool’s Gold head honcho A-Trak and game changing set at Splendour In The Grass, Australian producer What So Not has shared the title track, accompanying video and details of his highly anticipated, Divide & Conquer EP. The title track, “Divide & Conquer” was born in Barcelona after a night out in London. Entranced by the “simple dark melodies & modulating basslines” of a Shades & Gaslamp Killer show, Emoh envisioned: “two once peaceful cities side by side, trying to outbuild each other… It began with the siren, rising in pitch, the bassline creeping in note by note – a hypnotic low end crescendo.” Back in LA Emoh conceptualized the story of the two cities pulling images from the internet and expanding on the narrative in sequence with the song. The aesthetic was surreal imagery played out in a video game format – an observation on human nature & the paradox of nature & industry. Pretty soon, Emoh had a 15-page document and his first video treatment. He enlisted Babekuhl & Leticia Dare to collaborate on its actualization and “Divide & Conquer” came to life.
@WhatSoNot

Teddybears – ‘The Best You Ever Had’

The Best You Ever Had is a sonically accurate combination between Chemical Brothers Go, Daft Punk Robot Rock and Fatboy Slim Push The Tempo showing that Teddybears have packaged yet another song into a unique piece of music. By sturdily building the foundations of their writing and producing careers, they’ve kept the freedom to do, write and produce what they want within the band, no matter how un-pop, un-obvious or unusual it may be… Jocke says about the new video: “The video is like a weird disturbing trip. Sexy psychedelic and creepy all at once. Fat and sleazy like too much whipped cream and custard. Like taking acid when you’re having dinner at your grandma’s.”
@Teddybears

Swedish Pheeyownah’s debut EP for Labrador, ‘zero9zero9’ was released earlier this summer on digital and 12″ vinyl. She sounds like something from your favorite film mixed with How To Dress Well, Burial, Sade and Portishead. Feyona Naluzzi was born in southern Stockholm after her parents moved from Uganda to Sweden in the 80s. As a young kid Pheeyownah sang gospel and soon discovered she wanted to be an artist. As a member of the dance crew JUCK (named after the Swedish word for a grinding hip movement) she tries to provoke by moving on stage in ways unconventional for a woman. She’s also been offered to do solo one-woman-show, and accepted. The solo act SUUBI will be shown at the dance festival Urban Connection. “I use my own music because my songs are based on personal experiences, anything else would feel strange to feature in the show,” Pheeyownah explained to Swedish magazine The Forumist.
@Pheeyownah

Following the release of the first four installments of Black Anything, Is Tropical released the final installment, ‘Believe/What You Want’ via the band’s new label NYC based Axis Mundi Records in March 2016. Is Tropical have now shared the video for ‘Believe’. As the band told Wonderland Magazine: “’Believe’ is all about the inner struggle of losing your faith and realising everything you were once taught was a lie. I was reading an article about how people are affected by natural disasters. During the Nepal earthquake locals were talking about watching religious temples and shrines fall around them, killing loved ones and as a result lost all their religious beliefs, ‘I don’t need it anymore, I can’t feel it anymore’. With the video we created shots that mirrored the artwork for the album that David Abrahams and Christian Ashton had previously made. We wanted the video to have the same uneasy, restless feel as the song that could visual convey an inner struggle.”
@IsTropical