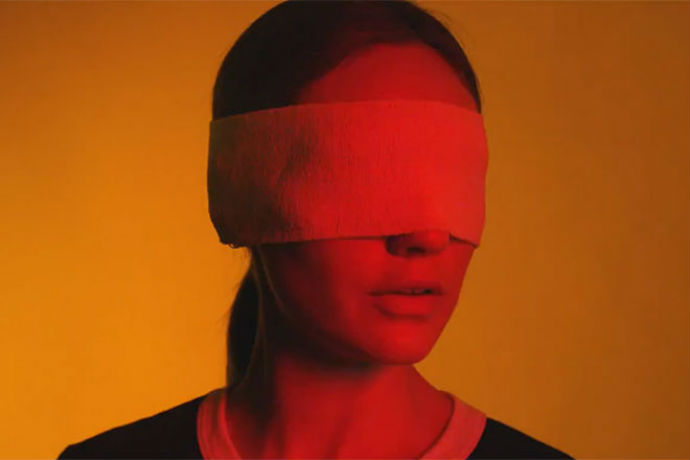 Another week has passed which means another load of online treasures we’ve found for you to treat your tired little eyeballs to. Take a well deserved trip to Hawaii with Emotional, get makeup tips from Peaches, jive along to The Regrettes, see the surreal side of Kings of Leon and savour the moment with Kan Wakan.

Directed by Gary McQuiggin is the brand new video for Emotional. ‘Hawaii’ perfectly represents the bouncy, 90s house influenced music of the experimental electronic pop duo. Made up of Sian Dorrer (The Bomber Jackets, PLUG and Ravioli Me Away) and Adam Parkinson (Dane Law and SDF), the band formed in 2013 while experimenting with a collection of Sian’s field recordings, ancient Casio keyboards and Zoom drum machine loops. After countless hours spent in subterranean Dalston a collection of skewed electronic pop hits were formed and compiled into their debut album… ‘Emotional’.
@Emotional

Peaches – ‘Sick in The Head’

Shot completely on an iPhone is the amazing new video from Peaches’ ‘Sick in The Head’, which has been taken from her most recent album ‘Rub’. We follow the epic Canadian as she applies what can only be described as Satanist/Insane Clown Posse make up, which results in an enclosed tunnel rave for one. Excluding the screaming crotch as an actual “person”.
@Peaches

Paying homage to John Waters’ ‘Hairpsray’ is the brilliant new video from The Regrettes. Featuring drag king Murray Hill, we’re greeted with a wall of guitars, infectious melodies and a wistful nostalgia that continues right until the final scene. Perfectly imperfect – that’s one way to describe LA based punk act, The Regrettes. Writing songs that proudly bear a brazen and unabashed attitude in the vein of acts Courtney Barnett or Karen O – with a pop aesthetic reminiscent of 50’s and 60’s acts a la the Temptations or Buddy Holly – the LA based four piece create infectious, punk driven tracks.
@TheRegrettes

Kings of Leon – ‘Waste A Moment’

Kings of Leon are one of my guilty pleasures, and this video completely explains exactly why. After announcing a new album, ‘Walls’, last month, we’re now greeted by a completely bizarre video for ‘Waste A Moment’. It features some surreal imagery involving blindfolds, cheerleaders, and a stray eyeball, all of which stems from a duel between an intimidating-looking man and lead singer Caleb Followill. Epic stuff.
@KingsofLeon

Kan Wakan is Gueorgui Linev, the producer, film composer, synthesizer scientist, songwriter, and multi-instrumentalist whose full-length debut ‘Moving On,’ dissolves the genre- breaking electronica of Massive Attack, Air and Zero 7 into a bottomless sea of 20th century minimalism, psychedelic soul and ambient atmosphere. Inspired by a recent trip back to his birthplace in Sofia, Bulgaria, Linev wrote Molasses on his grandmother’s piano just days after she had been taken to the hospital in a coma. “Molasses is allowing the weight to fall with a hope, a self-heartened embrace of the burgeoning we see before us. A clearing and a rising fog, that moment when we take stock of our surroundings and realize we have changed.” Beautiful visuals to support an even more beautiful track.
@KanWakan