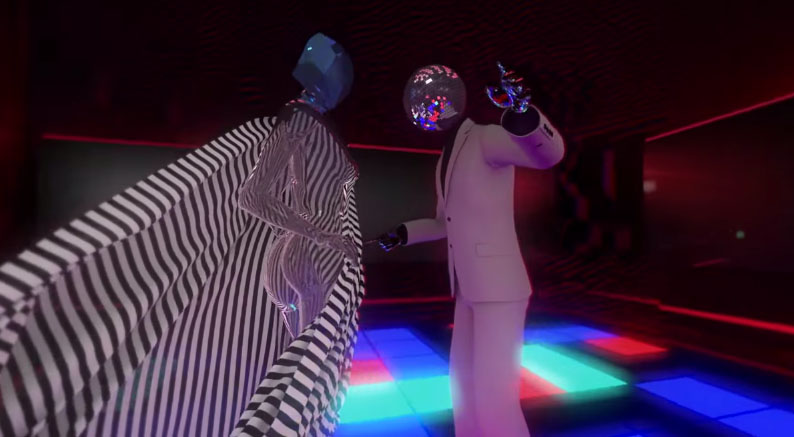 Happy Friday everyone! Every week KALTBLUT pulls together our most favourite and newest music videos from around the globe so you can enjoy effortless, scroll-free visual pleasure – enjoy!

Tame Impala – ‘Cause I’m A Man

“Lyrically I’m not usually that out there and straight up saying things, but it’s meant to be really tongue-in-cheek at the same time. The song is about how weak men are, basically, and how we make all these excuses but really we’re just these odorous male members of the animal kingdom.” explains Kevin Park, creator of psychedelic project Tame Impala. Weirdcore created this video (who also worked with Aphex Twin for his amazing face mapping visuals on stage at London’s LED festival), so no wonder it’s full of floaty cube heads on suited men. Full on LSD trip.

Tiefschwarz – Do Me feat. Khan

Throwing in some local talent this week! German tech house brothers, Tiefschwarz (deep black), have been going for 14 years and remixed the likes of Cassius, The Rapture, Missy Elliott, Kelis and their personal heroes Masters At Work. Today we present you with their strobe infused ritualistic video for a song that’s off their album ‘Left’, released on June 1st. Does someone recognise that club in the video? I need to remember never to go.

A project from Cut Copy, Ben is the guy who is sporting a strong all white tennis ensemble riding his tiny tiny BMX. Or he could be the flasher guy, I’m really not sure. Either way, this video is fairly tame compared to the first two selections, and comes from his debut album to be released this summer. It’s all very cutesie.

Nightmare Fortress – A Life Worth Leaving