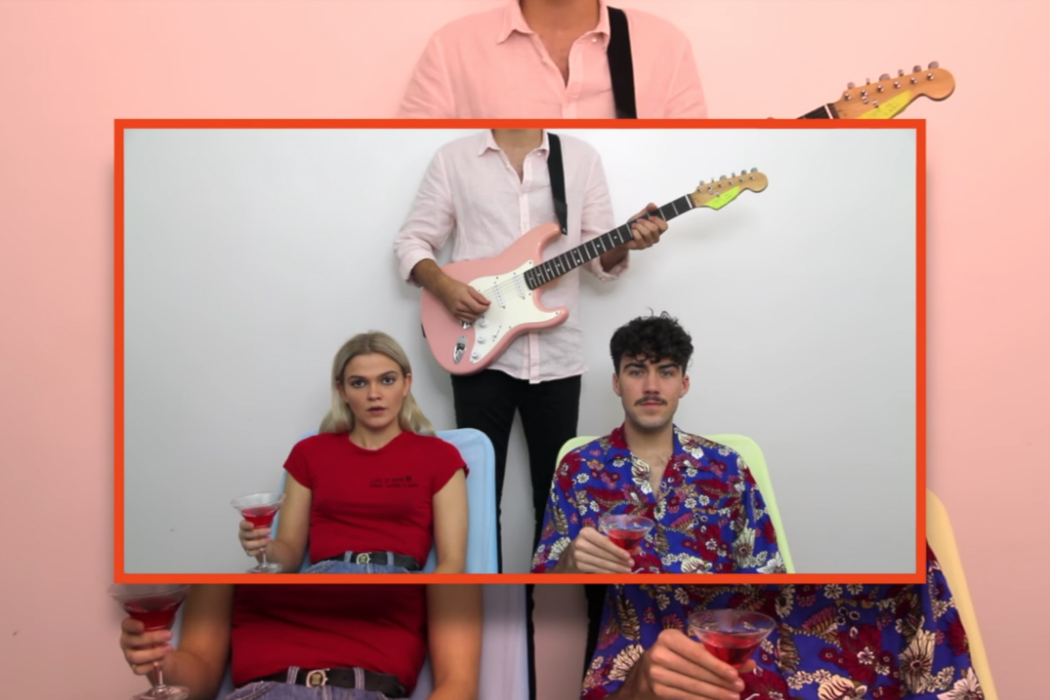 Top 5 videos of the week

It’s that glorious time of the week again where you get to watch our favourite finds on the internet! Aedan makes an impressively immersive comeback, Ivey star in their own deliciously lo-fi soap opera, VOIID aren’t up for taking any shit, Black Honey head to the Wild West, and Léonie Pernet pays homage to refugees in Paris.

Pierre Forestier, a four-time DMC World DJ champion who won four Victoires de la Musique awards and notched a double-platinum record under the alias DJ pFel as a member of French legends C2C, retreated to the countryside in 2015 to conceptualize his vision for solo material. Three years later and now known as Aedan, he’s prepared to debut the fruits of his labour; titled Le Temps, it’s a five-track release composed of intricately layered electronic music with an endless amount of grandiose moments. The EP is led by a title track that comes equipped with immersive, abstract visuals to match.

Mixed by Brisbane’s Konstantin Kersting (The Jungle Giants, Mallrat, Tia Gostelow, Waax ) and mastered by Leon Zervos (Maroon 5, Troy Sivan, Amy Shark) “Always” is a constant bass groove, full of memorable lyrics and expert attention to detail, making it Ivey’s finest work to date. Ivey describes the song as “the product of taking our time. We wanted to make sure everything sounded perfect, that each individual layer of the track was precise, and we did just that. It’s danceable, poppy, relatable and a bit of a f**k you song, we love it.”

‘Not for You’ is a no-nonsense song now with a no-nonsense video to go along with it. The video sees the girls rocking out together in a warehouse, with a backscreen displaying different cuts showing snippets into today’s feminism and equality. The snippets show several scenes such as feminist protesting, pre2000’s vintage cuts into a women life, doing household chores labelled ‘where they belong.’ The video was directed and shot by Chandler Thistle, the Founder and Director of Grey Area, along with Eden James, projector/smoke wrangler. Grey Area is a Horror, Metal and Occult Film Production Company specialising in creating music videos as well as their current project making a feature psychedelic horror film. Voiid hits the road in August on an East Coast Tour. Playing Brisbane on the 10th of August, Gold Coast on the 24th of August and Byron Bay on 31st August! With plenty more shows happening Australia wide later this year. Voiid has rightfully placed themselves within the local music industry. Playing massively acclaimed shows nation-wide. The girls are ready to take over the music scene and make it their own. Showing no signs of slowing down anytime soon, VOIID is a must have on your watch list.

Black Honey – ‘I Only Hurt the Ones I Love’

Black Honey, one of the UK’s most ambitious bands, finally announced their long-awaited debut album. The self-titled album “Black Honey” will be released on September 21, 2018. For the announcement, the Brit foursome deliver opener track “I Only Hurt The Ones I Love”. A multi-faceted song that constantly changes direction, “I Only Hurt The Ones I Love” is not only something for the ears. With a beautifully crafted Wild West-themed video, frontwoman Izzy B Phillips wanders the desert of Texas Hollywood taking care of business – as you do.

The first extract of Léonie’s upcoming album “Crave” is a music video directed by Adrien Landre in the North of Paris, starring Mohammed Mostafa, a young refugee from Sundan discovered by Good Chance Theatre organization. “Three years ago, in Paris, the first migrant camp had grown in a few days under my windows. […] This distress, this melancholy that I read on hundreds of faces and looks that I meet daily inhabit this project. […] This clip shows the migratory exodus as an escape without arrival. […] Quite honestly, all this goes beyond artistic expression, we have the opportunity and the responsibility to carry a message.” Adrien Landre. “African Melancholia sings this other face that is mine, that I hated for many years and that I cherish today. African Melancholia sings a community of destinies, to which I wanted to pay homage with this title.” Léonie Pernet.