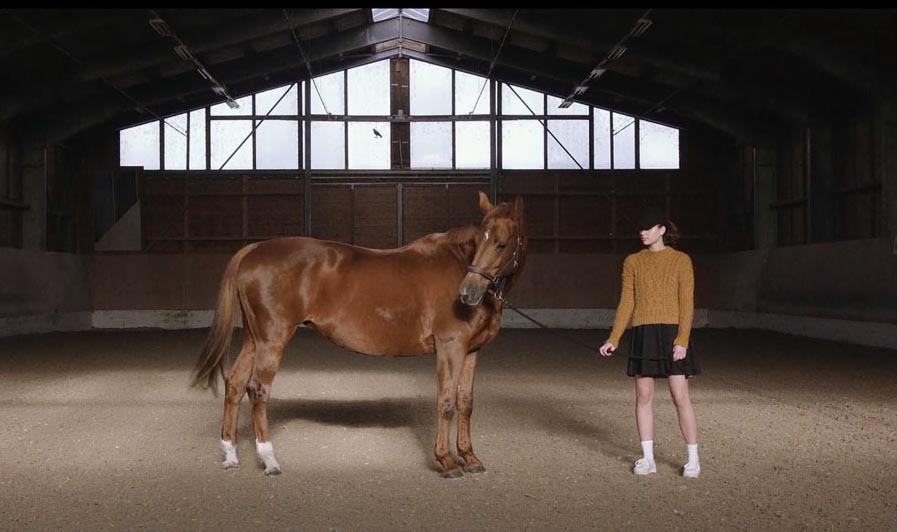 Hello there KALTBLÜTER! It’s that time of the week again where we pick some of the best and newest videos from the past few days, so you don’t have to scroll endlessly through the internet!

Starting off this week’s Top 5 we have a video from Empire Dust, the new project from Asian Dub Foundation. A fusion of TripHop and dark electronica, ‘The Beast Don’t Love’ is supported by three singers and described as “a creative process; a constant battle between the dark past and liberating light.” Go beam of light! Go and destroy that illuminati pyramid of darkness!

Super cool scrolling video from James Gruntz. Well, James Gruntz, some serious rhythm and a nice horse. Love it when a car winks at me. The 27 year old Swiss singer has released this video straight from his recent album ‘Belvedere’ – go check it out!

Self directing and starring in her own retro styled video, Róisín Murphy’s ‘Evil Eyes’ shows the downward spiral of a suburban housewife. Even when she’s losing her shit, I still think Róisín looks damn good. However, her husband has to understand that yellow tinted glasses are never a good look. Never.

A nice housey number from Berlin based singer and producer, KAIND accompanied by a cute little video about your typical night out and then bumping into the ex. No really, it’s the cute version of bumping into the ex. All the feelz. KAIND’s ‘Lighthouse’ EP is out today on Warner Music!

Greg Holden – Boys In The Street

An emotional but powerful video to end our Top 5 this week from Scottish-born, singer-songwriter, Greg Holden. Perhaps best known for writing the massive hit ‘Home’, Greg’s new video is inspired by some issues close to his heart, “It’s a simple story about a gay kid and his dad. It’s a story about their relationship. Some of it is [inspired by] the relationship between me and my stepfather. We didn’t have a great time growing up. But a lot of it is about friends of mine who have had those kinds of experiences. I wanted to try and write about it, because a lot of them can’t.”