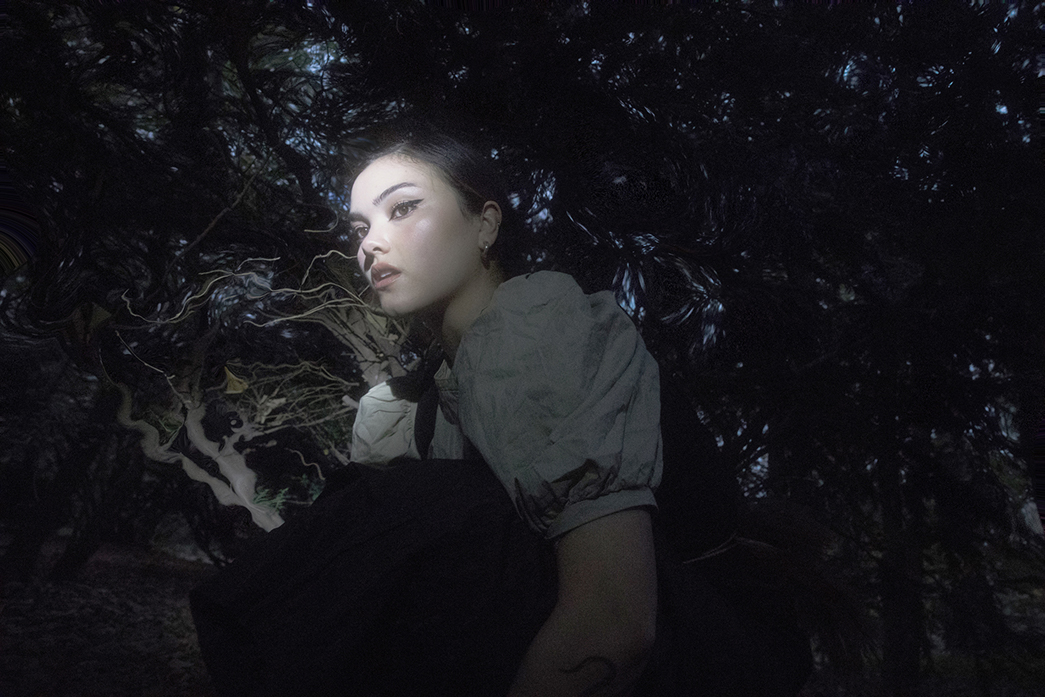 Blush is the exquisite debut album from Berlin-based artist ava*, out now on Hong Kong-based label Absurd TRAX. An intimate offering from the up-and-comer, Blush is an experience of feminine interiority. It evokes the life of a young girl through flashbacks, a vivid return of the repressed. Beginning with the void, its layers upon layers of free associating sounds weave an ethereal lullaby, punctuated with sharp, visceral bursts of dark memories and harsh epiphanies. It’s the girl’s attempt to pierce through the facade of adulthood. Blush is surrender to euphoria, instant gratification, isolation and ambiguity- the compulsion to open yourself up to feelings new or distantly remembered, to memories of apocryphal events. Most importantly, Blush is somewhere else that you can go. We delve a little deeper into the album with ava* in our Track by Track feature.

“My mom has always loved birds. In the earlier stages of her career, birds were all she painted, and though she still does, they’re a bit more abstract, in fragments. I remember finding a dead bird in the kitchen freezer that she’d found and saved to paint. At some point in my life, she bought seven zebra finches and put the cage in the corner of the living room. I’d become so used to the chirps that I’d always forget we had them in the first place—until I moved away from home and would hear them in the background while talking on the phone with my parents. Each year that I’d come back, there would be fewer and fewer in the cage, and what had happened to the birds always went unspoken. Now there’s only one, and I never miss a sound. Though the chirp-like noises in the beginning of the track were unintentional, they ultimately evoke memories of home.”

“I almost didn’t include this one on the project because I felt it might sound too amateurish, as it was something I’d made before knowing how to use Ableton or anything. My spontaneous and subconscious desire to include bird sounds in most of these tracks amazes me because I only realized it after listening to the album collectively.

The track opens up with some chirps, then weaves into snippets of conversation from a club bathroom in New York, with someone yelling, “look away.” My mom had just gotten in from the airport that night and she came clubbing with my friends and me, the jet lag lending her more energy than any of us had had at 4am. Though my love for techno has subsided in recent years, my mom’s love for it is everlasting. After almost a decade of blasting it while driving and painting, this was the first time she’d seen a techno DJ play live. On the dance floor, I caught fragments of her face in the split seconds that the strobe would flash, catching slivers of a young girl through shards of severity and displaced sound.

The recordings on the tail end of the song include a copy machine from the NYU’s Bobst library, a violinist in the Berlin U-Bahn, and a man I’d seen walking around Washington Square Park with a rolling speaker and microphone, yelling, “You go girl, looking for a wife, just in case. Have a nice evening, chocolate and vanilla we belong together. Thank god for the women, let’s go! Keep it up buddy, I’m gunna tell the pope!” After every sentence or two he would say, “I love you!” just as my mom would so frequently. The phrases, “look away,” “I love you,” and “let’s go” resonated with me because in sequence, it represents a goodbye to childhood.”

“For me, each instrument in this track is like a strand of spider silk, the gradual inclusion of other elements working together to eventually spin a web. Some forgotten childhood memories had resurfaced during this point in my life, some so stark in comparison to others that I began to question whether what I’d remembered had actually happened or not — whether I’d been lying to myself or if I’d been lied to. It made me lose trust in my sense of memory and in my family, leaving me in a state of dissociation. So for me, this track represents floating in that space sandwiched between deceit and buried reality.”

“I had a very difficult time getting myself to go outside during this time. Though the track’s field recordings are disparate, they represent bits and pieces of this period. The opening and closing of doors and spontaneous pattern changes depict never-ending feelings of indecisiveness, while wing flap sounds mirror an effort to grow but an ultimately lack a sense of place, never reaching a resolution. I truly didn’t know what I was doing when making this track, so the baby voices and rudimentary piano playing accentuate that feeling.”

5- blue eyes in the water

“This is the second track I ever produced and the only one I’ve made while on a plane. I could never do that again; it’s irritating having to fight the turbulence with such a high headphone volume. For me this track celebrates the magic of naive experimentation, aimlessly toying with an unfamiliar instrument like a child. The screeching at the end is the sound of a key I had to get made for the company I was interning for at the time. I remember showing my best friend the track after I’d made it, and she hated it. She has the bluest eyes I’ve ever seen.”

“This track was originally named, “make a beat first and then go”. For the longest time, I thought I could only make melodies, so in this unique case, I made the beat first then added several different melody options afterwards, eventually choosing this one. Sometimes I think I got a bit too excited and went overboard with the amount of instruments used in the beat, but I learned a lot from making it. For me, the song feels like a graduation ceremony of sorts, bringing you one step closer to the light at the end of the tunnel — but lurking in the distance there’s a darkness that invariably follows, an evil laugh that floats in and out.”

“This track, similar to the last, was initially titled “you are not leaving until you make a beat.” I almost kept it but decided not to last minute. I named it book of braids after an instructional braiding book I cherished as a young girl. I became obsessed with braiding, and when my Bratz Styling Head wasn’t around, I would ask everyone around me if I could braid their hair. Thinking about this in retrospect has helped me appreciate the unknowingly therapeutic qualities some activities may have, especially for children. The marching sounds in the background further this idea of self discipline.”

“The track’s original title, “do it,” makes it obvious, in succession with the other original titles, that I was trying to stay motivated. I eventually named it “cherry flush” because after listening to the song in completion, I felt like I had “done it.” Instead of associating the track with sentiments of inadequacy and inexperience, I could now look past these mystifying feelings of discontent and enjoy it for what it was meant to be: a resolution, a light finally reached after running up and down stairs, opening and closing, locking and unlocking doors. Growing up, people always teased me for my red cheeks, telling me I was blushing just to make my cheeks turn red on command. I associated blushing with embarrassment and shame, something that anyone but me had control over. By constantly putting powder and medicinal cremes on my cheeks, I tried to regain that control, as I’d felt my intimate emotions, so readily visible on my face, deserved to be exposed only when I wanted them to be. For me, “cherry flush” represents gaining control by letting go, accepting a circumstance and seeing it as beautiful.”

Blush is out now on Absurd TRAX, get it here